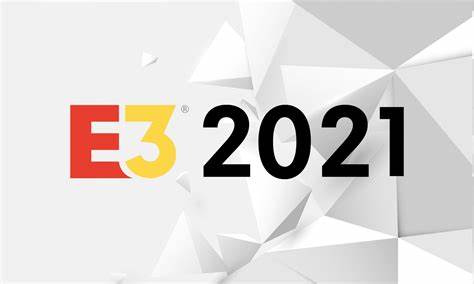 Nintendo and Ubisoft each have an E3 presentation during E3 2021. They both are likely to present some interesting games for the Nintendo Switch console. Here’s a comprehensive, and personally opinionated wishlist of what I want to see, starting with Ubisoft, and then Nintendo.

What I Want to See from Ubisoft Forward E3

This article can be seen as a ‘Predictions Piece’ of sorts based on prior titles on the Switch, so be mindful when reading.

Would it really be a Ubisoft E3 event without something Just Dance related? No, it probably wouldn’t. We Switch owners already have Just Dance 2018, Just Dance 2019, Just Dance 2020, and Just Dance 2021. I therefore expect and predict we’ll be getting Just Dance 2022 announced at this event via a cringey choreographed dance number. It’s a staple at this point, and part of me loves it for some weird reason. So, if it’s not there, I’m gonna FLIP in disbelief (metaphorically, of course).

Assassin’s Creed Valhalla – Cloud Version… Yes, I DID just say that as a prediction,and I’m not ashamed to admit it’d be interesting to see it released Worldwide. I mean, Japanese Switch Owners already have Assassin’s Creed: Odyssey Cloud Version to themselves (Stupid Geo-Blocking…), so it’s not like there’s no precedent for an Assassin’s Creed game on the Switch.

Yeah, I am a nutjob. This game is very unlikely to be announced and/or given any info such as a release date. However, this game has sold over 2,000,000 copies, and some of the characters did appear as Spirits in Supe rSmash Bros. Ultimate. With that kind of success, I could potentially see a sequel being teased at the Ubisoft Forward presentation as a “One More Thing” type of surprise at the end.

That’s all I can muster in regards to Ubisoft predictions/ideas. Let’s now move on to Nintendo, shall we?

What I Want to See From Nintendo’s E3 Direct

The Legend of Zelda: Breath of the Wild Sequel

An untitled sequel was declared at E3 2019 for the Switch. It was imagined during making arrangements for Breath of the Wild’s DLC; the group thought of such a large number of thoughts, some of which couldn’t be carried out because of specialized imperatives, so they chose to utilize their thoughts for another game.

As indicated by Aonuma, the continuation will work on the first’s reality with another story and ongoing interaction components, propelled by Red Dead Redemption 2. Fujibayashi will repeat his job as chief. That is all I know right now, and they said during the February direct that more data would come for the current year. E3 would be a GREAT chance to flaunt that new information.

Pikmin 4 is a dream title at this point. We’re a little over halfway through the Switch’s life cycle with NO news on the game. Maybe we’ll see that change at E3 next week. It’s sadly not been much of a priority, despite the previous game actually getting a boost in sales due to being on both Wii U and the Switch. Speaking of games we haven’t heard from in several years. . .

Bayonetta 3 was first shown off at The Game Awards of 2018, and ever since then, we’ve had radio silence with nearly 4 years of NO news at all. All we had in terms of “news” is twitter updates from Hideki Kamiya.

I feel we’ll be getting a much-needed update very soon. . . hopefully.

This work was reported at E3 in June 2017 . Just the title, logo, and viable models of this work were declared around then. Afterward, Nintendo’s Bill Trinen said that Retro Studios, which had been liable for the advancement of the Metroid Prime arrangement, was not engaged with the improvement of this work, and different groups are accountable for the turn of events.

A YouTuber video transferred tales that Bandai Namco Studios Singapore would be accountable for the improvement of this work. Eurogamer utilized its own course to back the substance of the video and said the reports were valid. Be that as it may, this talk was not recognized by Namco Bandai.

In January 2019, it was declared that the advancement would be changed to Retro Studios because of an absence of game quality. Since then. . . nothing but news about job openings. If there was EVER a time to provide even a glimpse of new footage, it’d be at E3.

And that’s all the predictions I can think of for Ubisoft and Nintendo’s E3 presentations. What do you think? AmI being too much of a fanboy and nutjob with these predictions? Let me know in the comments down below. See you next time!


Categorised in: Feature, Breath of the Wild, Metroid, Nintendo, Nintendo Switch, Pikmin, The Legend Of Zelda