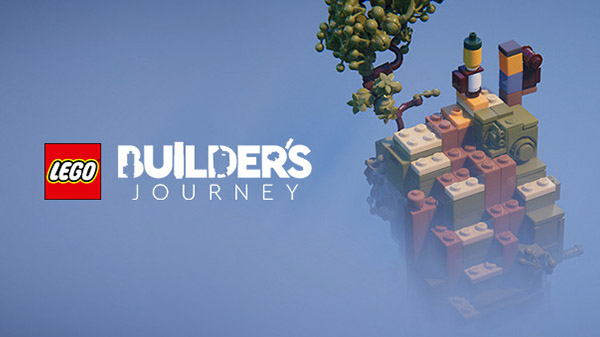 As previously reported last week, LEGO Builder’s Journey was announced to release on Nintendo Switch on June 22nd. I had the honor of being invited to a digital press event for the game via Discord thanks to the brilliant Jacqueline Borrego of FortySeven Communications. I was also joined by the likes of Joey Ferris from GameXplain, Hylian Ticipated, Eric and Seth from A Nintendo Podcast and Dennis from Nintendo Everything.

Also in attendance was a number of the staff at Light Brick Studios who are the developer of the game. Those present were Mads Prahm, Andreas Lagerstedt and Ritarn. Representing LEGO were Ankur S and Emil Stidsholt. Between them all, they gave us a presentation of LEGO Builder’s Journey and talked us through what it was about, and answered any questions that we had.

At first glance, LEGO Builder’s Journey looks like a reasonably simple game. It consists of many types of LEGO bricks that most people may be familiar with in real life LEGO sets or from LEGO video games. However, its simplicity actually belies a rather emotionally deep tale of a father and son and their journey together.

The gameplay consists of the player constructing a path with the loose LEGO pieces available so the son can return to his father. Some of the stages may seem relatively straightforward and others may give the old grey matter a workout. What they all have in common though is some wonderful piano melodies playing in the background and the really cool effects like the brown bricks bubbling like mud and bricks sinking into them when the player character is standing on top of them.

LEGO Builder’s Journey feels like it has this abstract art sense of wonder to it. It opens you up to interpret the game and its story in your own way. One of the reasons why the developers didn’t use the typical minifigs was because they wanted the bricks themselves to shine and create something new. They wanted the player to create their own interpretation of the characters as well as the world around them.

The game itself is not very long but it has more stages than the Apple Arcade game released with. It has been clarified that the Apple arcade and other subsequent versions will be getting the new stages as well. LEGO Builder’s Journey doesn’t support local or online multiplayer but the developers haven’t ruled out the possibility that it could in a later update. There is also a possibility that players could create their own stages and share them. It isn’t in the plans, of course, but it is an idea.

I have come away from the event rather impressed with LEGO Builder’s Journey and am curious to see how it plays for myself. Coverage of the game won’t be going live until the embargo lifts on June 22nd so I can’t share anything more with you all until that day. I do hope you will check out our EXPlay (Explain & Play) of the game when it goes live on June 22nd.

Thank you all for reading and until next time, Keep On Gaming!