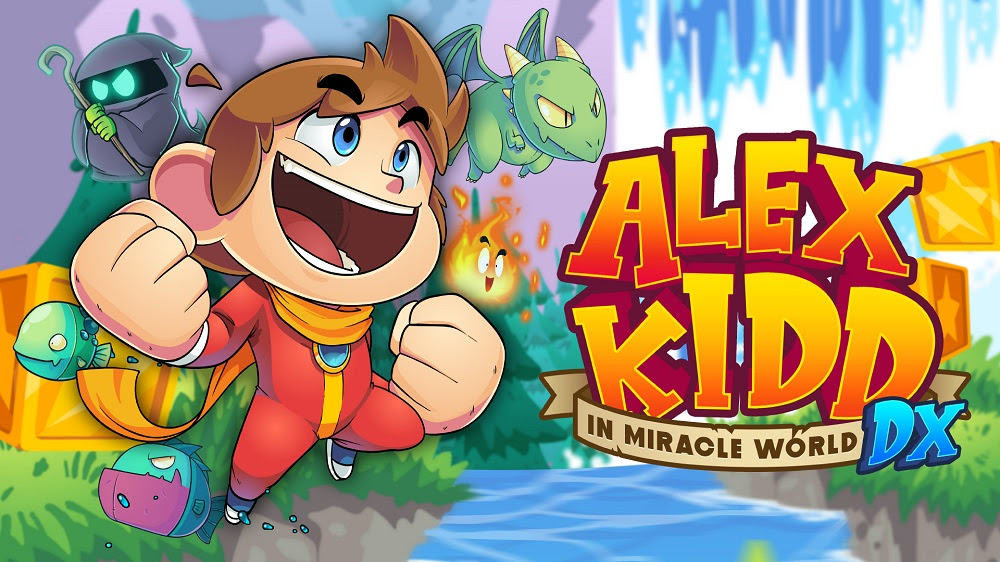 Manchester, UK – June 8, 2020 — Revealed back in June of 2020, the nostalgia hit strong as fans eagerly looked forward to the release of Alex Kidd in Miracle World DX. Merge Games, in conjunction with developer, Jankenteam are pleased to reveal Alex Kidd in Miracle World DX will now be launching on PC, PlayStation 4, PlayStation 5,  Xbox One, Xbox Series S, and Nintendo Switch from June 22, 2021, with a retail price of £14.99/$19.99/€19.99.
Returning over three decades since its initial release on the SEGA Master System in 1986, we’ve got the latest look at the beautiful land of Miracle World. Alex Kidd fans will recognise all their favourite locations from the original game transformed into a modern new art style — and the eagle-eyed among them will be able to see new locations never shown before!
WATCH THE BRAND NEW ‘WELCOME TO MIRACLE WORLD’ TRAILER

Comprising of an array of other updates such as improvements to combat, movement mechanics and new menu systems, Alex Kidd in Miracle World DX adds a new level of fluidity to the original classic!
Can you return The Kingdom of Radaxian to its former glory and destroy the evil Janken the Great, who has turned every citizen of the kingdom to stone? Get ready to charge your Power Bracelet and save the kingdom on consoles and PC!