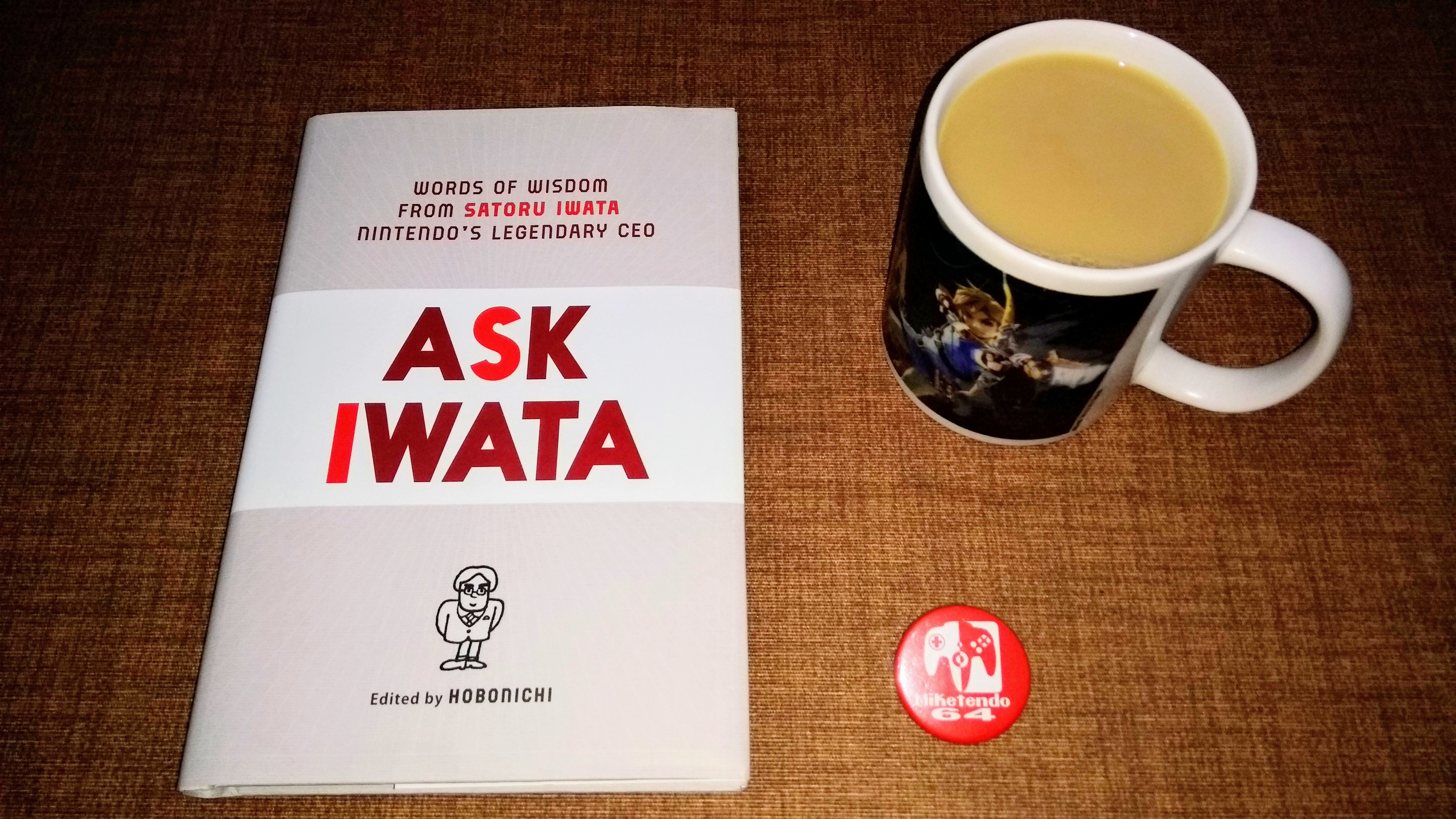 Playing video games has always been one of my favorite past times but every now and again, I do love to pick up and read a good book. From novels to non-fiction, encyclopedias, and the occasional manga, I love the way the words evolve and tell a story, recount true events, or provide information and insight on a particular subject.

Now, I know talking about books doesn’t seem to have much place to be on a website about Nintendo and video games but as you can probably tell from the title, this particular book that I will be talking about actually has just as much right as any, especially when the book is about Satoru Iwata, the most beloved president of Nintendo.

Ask Iwata is a collection of Satoru Iwata’s reflections of his life that was published on a website called Hobo Nikkan Itoi Shinbun and from the Iwata Asks column of the Nintendo Website. The book covers a lot of Iwata’s professional life and how he went from making a game on a programmable calculator to a game developer at HAL Laboratory and all the way to becoming President of Nintendo.

The book really provides a lot of insight into his life and it is incredible how so many games that I have played and enjoyed have been worked on by him in some way including Pokémon Snap, Earthbound, and Kirby’s Adventure. He would go out of his way to make sure that his colleagues and employees were happy and would hear them out when they weren’t. The fact that he interviewed every employee twice a year is an astonishing fact and just goes to show how much he valued everyone at Nintendo and hear what everyone had to say.

After opening Ask Iwata, I have found it extremely hard to put down. The things that Iwata has achieved in his life are incredible and his words of wisdom are truly something to live by. The author of the English translation of the book, Sam Bett, has done a wonderful job in translating the original Japanese articles and transcripts. Though I lack personally lack the ability to speak or read Japanese myself, reading the words in the book has lost nothing to mistranslation. It feels as if Iwata himself had written the words himself in English.

The contributions from Shigesato Itoi and Shigeru Miyamoto are especially profound. They talk very highly of Iwata and they considered him a friend and even as a younger brother. They respected him as a boss and as a colleague. The anecdotes that they share are incredibly heartwarming and even when they disagreed with one another, they never had a heated argument.

I would recommend to anyone to pick up Ask Iwata, regardless of whether they are a gamer, game developer, or even a department head that doesn’t even work in video games. The way that Iwata conducted himself in life as a game developer and in a managerial capacity, is commendable and respected by everyone who worked alongside him or knew him. Even now, there is still so much to learn from this man and though his passing has left a void in our hearts of people everywhere, his words are truly something to live by and remember him by.

“On my business card, I am a corporate president. In my mind, I am a game developer. But in my heart, I am a gamer.”