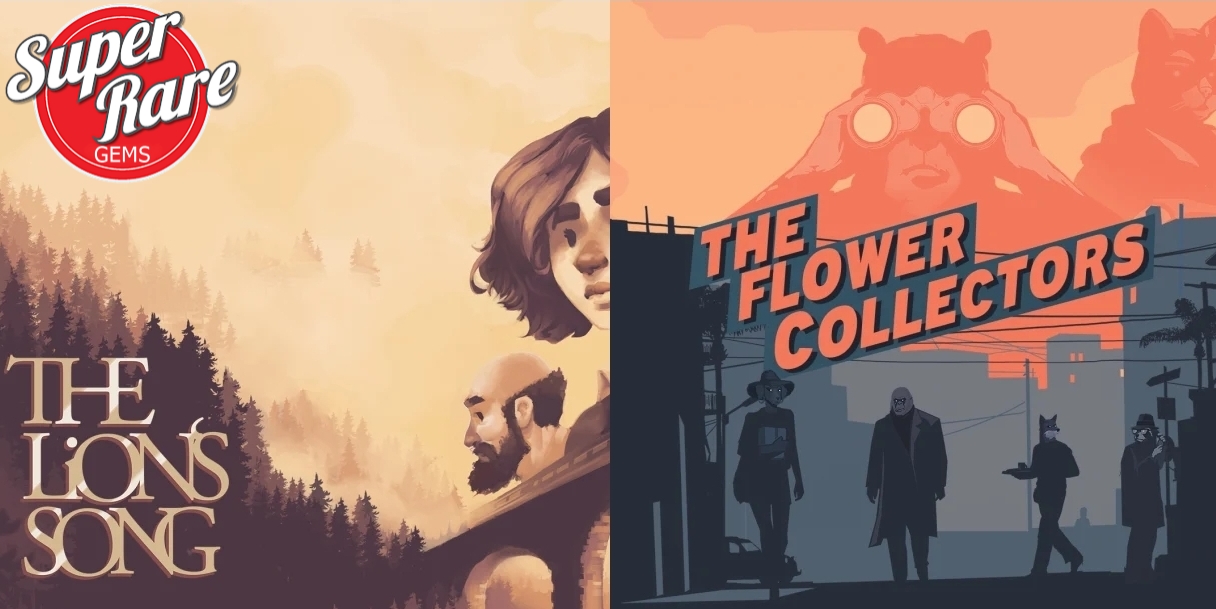 With a large library of titles under their belt and tons of limited releases that have sold out and Miketendo64 providing them with some extensive coverage on the site, we want to take the time to highlight the games they currently have left in stock, and who knows, you might just discover the next indie gem you want to pick up? So, please join us as we provide you with a ton of details on the Mi’pu’mi’ Collection, consisting of games The Flower Collectors and The Lion’s Song by developer Mi’pu’mi Games:

Barcelona, 1977. An ex-cop in a wheelchair witnesses a murder, and teams up with a young ambitious journalist to bring the truth to light. With camera, binoculars and transmitter in hand, uncover the town’s secrets from your balcony in this soul-searching detective mystery.

One stormy night, you witness a murder. Determined to uncover the truth, you form an unlikely alliance with young ambitious journalist Melinda and start your investigation.

Together, you’ll solve a complex mystery by unravelling the secrets of unsuspecting neighbours.

Inspired by classic crime noir films and games like Campo Santo’s Firewatch, The Flower Collectors is a detective story with a whole lot of heart.

* Solve a captivating murder mystery with an unusual storyline
* Meet a host of colourful anthropomorphic characters in a lush, atmospheric world
* Investigate using your binoculars, camera and transmitter to uncover neighborhood secrets from your balcony
* Create a crime chronology to figure out whodunnit
* Interrogate priests, beggars, club singers and nosy old ladies alike
* Dive into the unique setting of post-Franco Barcelona in the 70ies
* Emphasizes characters, world building and narrative over skill challenges

“The Lion’s Song” is a narrative adventure game. It is steeped in early 20th century history and focuses on a cast of Austrian artists and scientists with each episode taking a closer look at their intimate struggles with creativity and inspiration.

“The Lion’s Song” is set against the backdrop of early 20th century Austria with every episode following a different character. Each character possesses an exceptional mind and the game draws players into a story of personal struggle for creativity, human connections and inspiration: a talented composer suffering from writer’s block just before her breakthrough concert, an up-and-coming painter growing through his challenges and a brilliant mathematician trying to make her voice heard in a men’s world. The choices players make in “The Lion’s Song” will have a direct impact on the story lines of all future episodes and ultimately determine if the protagonists do find the success they are working for.

The physical release of Mi’pu’mi’ Collection also comes with the following:

PLEASE NOTE: This collection has two unique front covers. The cover you get is random. When buying two copies of this release, we will ship you one of each.

For more on Mi’pu’mi’ Collection, why not pay a visit to its official listing on Super Rare Games with the link below: