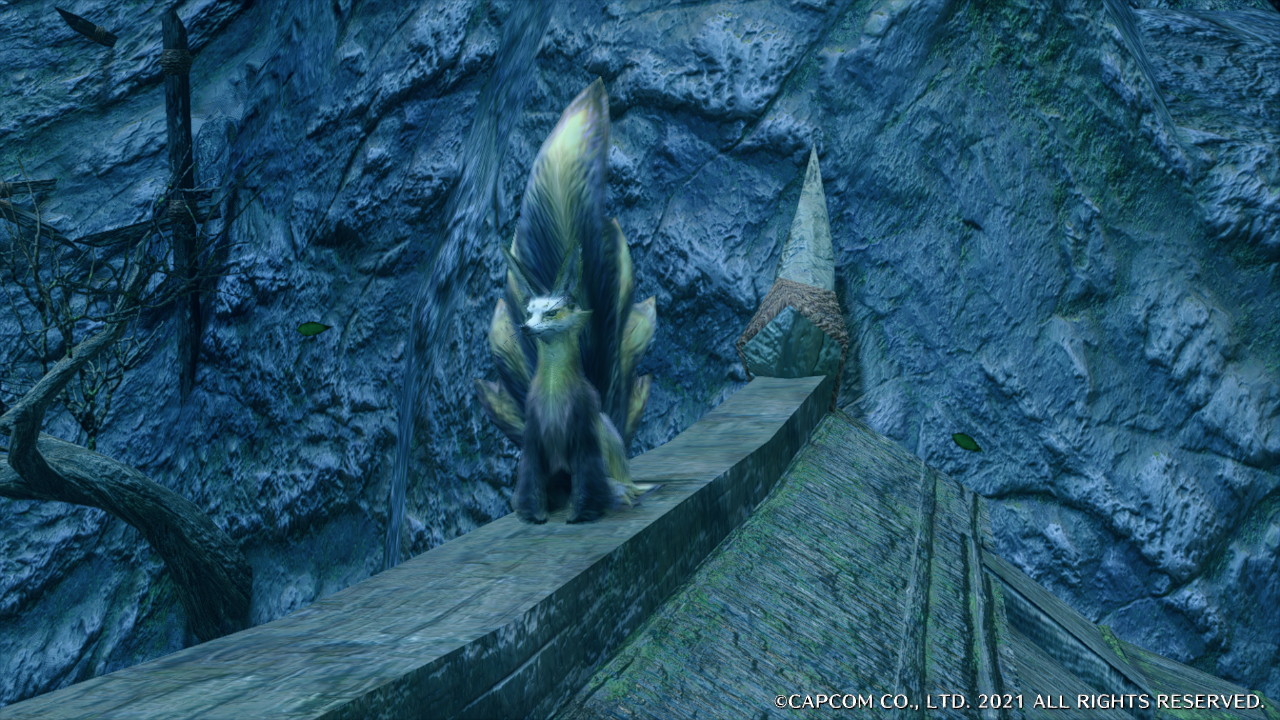 Don’t know where to find the five Monster Hunter Rise Rare Endemic Creatures? This guide is here to help!

Monster Hunter Rise is full of creatures large and small. Most of them you will encounter on your quests but there are a few that you will need to go out of your way to find. Every creature and monster that you come in contact with and defeat/ interact with will be logged in your Hunter’s Notes under three categories; Large Creatures, Small Creatures, and Endemic Life. Large Creatures consist of the gigantic monsters that you are requested to hunt. Small creatures are, as you may have guessed, smaller animals and monsters that inhabit the environments you visit.

The third option (Endemic Life) are even smaller creatures that you cannot hunt but rather, collect. Some can improve your stats or Kamura points like spiribirds and spiribugs. Some can be collected and used against Monsters like the Paratoad, Wailbird, Snowbeetle, etc. Finally, there are five rare creatures that you can not pick up and collect but still count as Endemic Creatures and only one of them can be found in each of the five locations in the game.

Our Monster Hunter Rise Rare Endemic Creatures Locations guide will tell you what each of the five Rare creatures is and where to find them.

As you go looking for Rare Endemic Creatures, while you can find them during MH Rank quests, it is more effective to choose an expedition quest so you can then complete the quest at any time after finding the creature you are looking for. You can also select the time of day in expedition quests. Some rare creatures are restricted to a specific time of day (day or night).

Don’t fast travel to sub-camps. For some reason when I fast-traveled, the creatures do not appear. Be prepared to trek to each area and probably take a Palamute with you so you can get to each location a little bit quicker. Again, this was my experience but maybe it won’t affect you.

The first rare endemic creature is the Snow-faced Fox. It is found in the Shrine Ruins in Area 5 but only at night. Climb the mountains range here and you will reach a point where you will climb some vines and there is a man-made arch at the top. Make your way around to the side of the arch and climb up to the top. Here you should find the Snow-faced Fox perched on the roof of the arch. Be sure to take a photo of it so it will register in your Hunter’s Notes.

The second rare endemic creature is the Monksnail. This colossal creature is found in the Frost Islands outside the boundary of Area 8 but only at night. Climb up onto the shipwreck and look out to the icebergs. Eventually, you will see the Monksnail which has a large dome with glowing yellow spots on it. Be sure to take a photo of it so it will register in your Hunter’s Notes.

The third rare endemic creature is Regitrice. It is found in the Sandy Plains in Area 9 during the day. In this area, there are some buried ruins. Go inside and you will find eventually find a room with a stone altar in it and an opening in the roof. Perched on the stone altar you will find Regitrice finding cover from the intense heat above. Be sure to take a photo of it so it will register in your Hunter’s Notes.

The fourth rare endemic creature is the Quetzalcobra. This serpent creature is found in the Flooded Forest inside a chamber halfway up the Eastern wall of the Pyramid. Go towards the back of the chamber and you will find an altar with a crack in its surface. Quetzalcobra will pop out of this crack depending on the time of day. Be sure to take a photo of it so it will register in your Hunter’s Notes.

The fifth and final rare endemic creature is the Hellbill. It is found in the Lava Caverns just East of Area 11 at dawn so you must come here during the night and wait for dawn to come. If you approach Area 11 from Area 14, There is a small opening in the righthand wall just next to a lava cascade that you can crawl inside.

Go inside and when you can stand up again look up and to the right to spy an opening in the wall. Use a Wirebug or two to reach it and follow the tunnel into what is the very heart of the Volcano. Take the narrow ledge to your left and use a Wirebug to climb up to the ledge above and you will spy this majestic Hellbird perched at the end of the ledge. Be sure to take a photo of it so it will register in your Hunter’s Notes.

And that is that. We hope you found this guide helpful in finding each of the Monster Hunter Rise Rare Endemic Creatures. When you do find them, you should receive the Silver Ecologist award as well that will show up on your Guild Card.

This guide was put together thanks to the help we received from RageGamingVideo’s video guide on Monster Hunter Rise Rare Endemic Creatures on their YouTube Channel. If you require a visual step-by-step guide to find each rare endemic creature, this video will surely help you out.