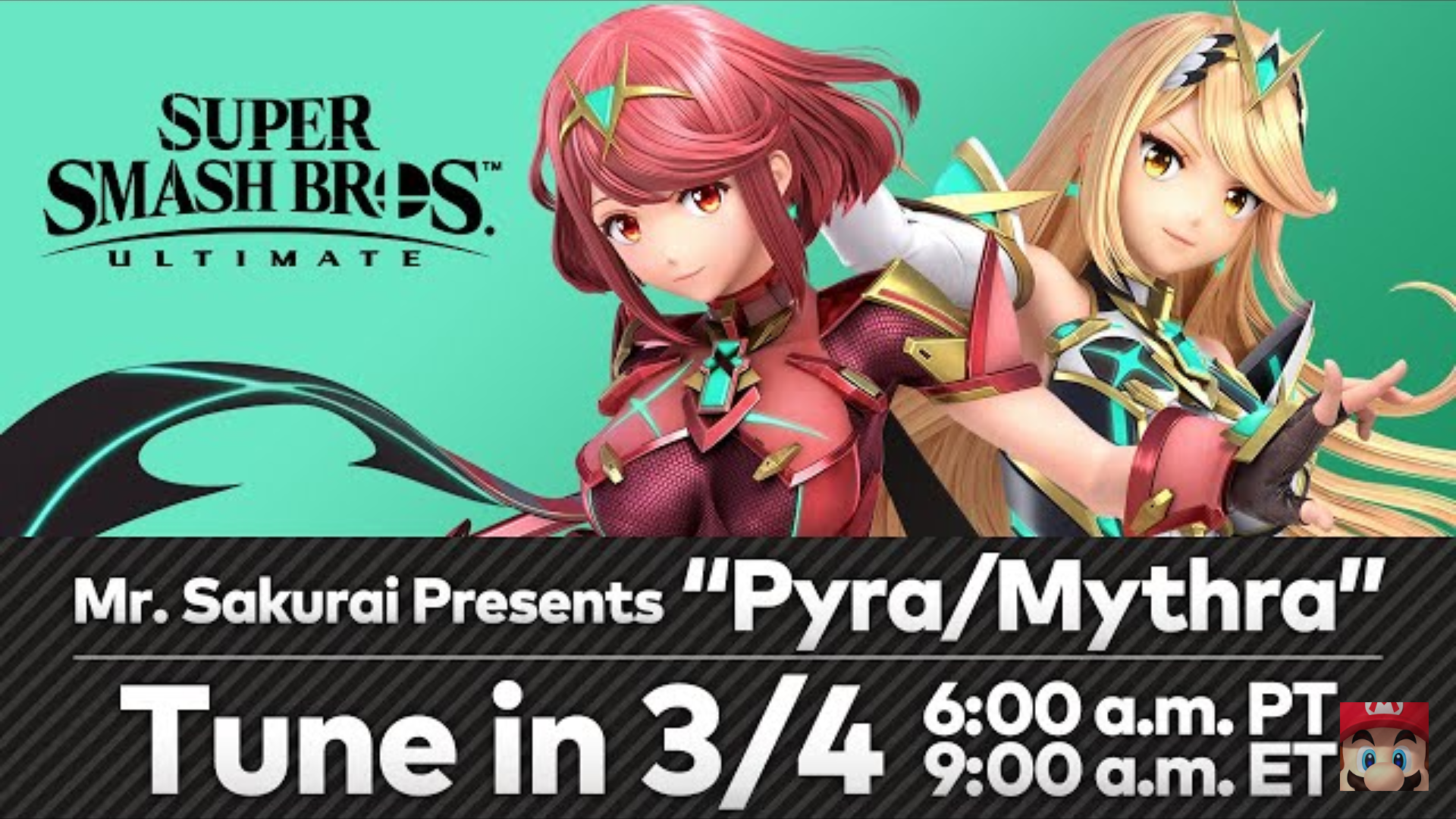 The Mr Sakurai Presents Pyra/Mythra presentation has been livestream es and revealed plenty of details on the new fighter joining Super Smash Bros. Ultimate as part of the Fighter Pass 2. As well as showcasing both characters movesets, a release date was also given… Today. That’s right, at some point later today in the US (tomorrow for UK & Europe), you will be able to download the new fighters either as part of the Fighter Pass or individually. Like previous Fighters, Pyra/Mythra also come with their own stage, spirits, and music tracks.

If you would like to see the Mr Sakurai Presents Pyra/Mythra presentation, you can check it out below.

New Mii Fighter outfits were also announced during the stream and are based on Monster Hunter and Ghosts N’ Goblins. You can find a separate video for them here.