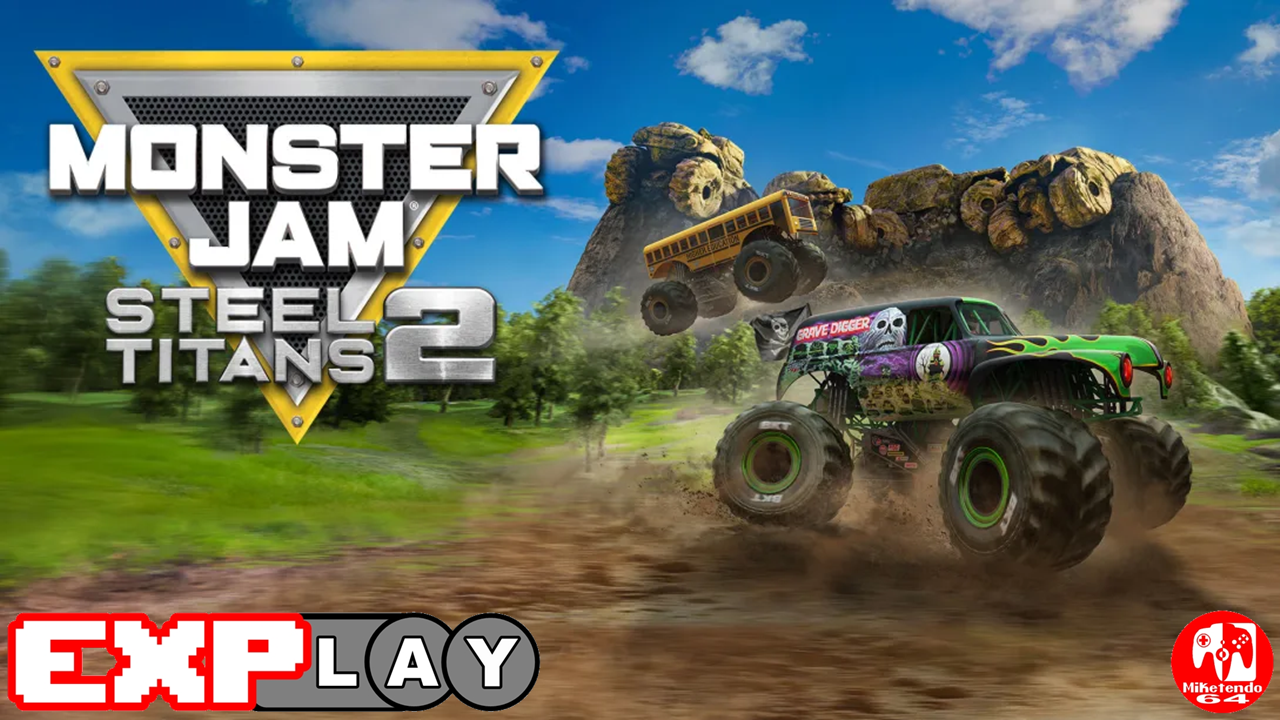 Welcome to EXPlay, (Explain & Play) the review series where we care not for scores but tell it how it is when it comes to every game we get our hands on, whilst also taking the time to include some lengthy gameplay, to give you the reader, the chance to shape your own impressions and views whilst watching and reading. In this installment, we’re covering Monster Jam Steel Titans by developer Rainbow Studios.

There are several events that consist of racing, demolition, and pulling off stunts. Circuit Racing has six trucks race around the circuit with three of them racing in one direction and three racing in the other. Head-to-Head has two trucks racing against each other on a circuit. Freestyle will have you pull off tricks and stunts in order to earn points with whoever having the most points deemed the winner.

When you begin the game with a choice of two trucks but you can unlock more upon completing certain challenges and events. There are 38 trucks in total that are divided across multiple teams, the teams consist of Wild Cards, Ruff Crowd, Defenders, Demolition Crew, Undead, and Crazy Creatures. The trucks themselves include the likes of Avenger, Backwards Bob, Higher Education, Megalodon, and Sparkle Smash.

When playing single player, you can choose the difficulty setting to suit your playstyle. This can “dumb-down” or smarten the AI opponents that you compete against. However, you may find that the biggest difficulty arc lies in controlling your vehicle itself. Monster trucks are not the most stable of vehicles and the refined physics in this game will certainly test you and your ability to keep your truck with all four wheels firmly planted on terra firma.

To help you teach you what you will need to know, there is an informative tutorial at the very beginning of the game. It will teach you the basics like accelerating, braking and reversing, and move on to slightly more complex manoeuvres like performing backflips, donuts and getting your truck back on its tyres.

Monster Jam Steel Titans 2 is not a silky smooth racing game, nor is it trying to be. It is robust and requires precision in order to crush your oppenents’ dreams and smash your way to glory. Players of the first game may feel like it is more of the same but with more worlds to explore, trucks to drive and online multiplayer, it may still have plenty to offer for an enjoyable experience.