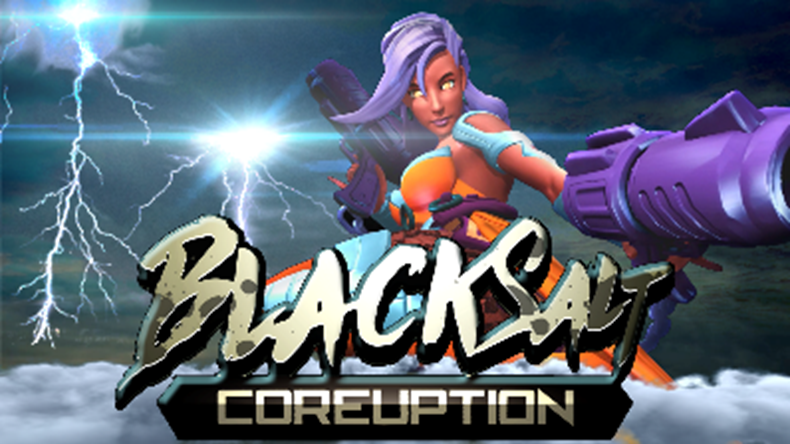 There are many iconic fighting game series in the video game market. We have Street Fighter, Fatal Fury, Tekken, Mortal Kombat, Killer Instinct, Super Smash Bros., and all of them are great and fun to play. They also have one particular thing in common in that they are all developed by specific ethnic groups, largely Asian or Caucasian. That’s not to say that Black people and other minority groups don’t work in the video game industry, it’s just that we never really think about that and perhaps we should.

In the spirit of Black History Month, we would like to help shine a light upon a video game developer that comprises an all-black staff and their game Black Salt Coreuption. The game is a 3D arena fighting game created by Owen Ratliff and Jesse Wright. It is a cross over between two comic franchises; Black Salt and COREUPT. If you would to find out more about Black Salt Coreuption, you can check the official announcement below.

Black Americans touch many facets of entertainment, but when it comes to video games, they are more often consumers than creators, promoters, or distributors of the products.

February 2021- As large as the video game industry is, it is not as diverse as you would think. 83% of minority teens play video games, less than 3% make them. Owen Ratliff and Jesse Wright came together to create a minority-owned video game franchise, Black Salt Coreuption bringing diversity to this multi-billion-dollar gaming industry. Owen Ratliff stated that the Black Salt Coreuption game has been called the Black Panther of video games to help bring more diversity and inclusion into the game industry.

Co-creator Jesse Wright is bringing the popular world of the transmedia IP Black Salt to the world of mobile and console gaming with the game, Black Salt Coreuption, a mix of espionage and ancient martial arts. Helping Jesse see his vision through to the end is his mentor Owen Ratliff creator of the Black Salt franchise who has been there for every step of the creative process.

Heading for a career in the NFL, Jesse had a promising future. After a near fatal heart condition, Jesse turned to his true passion, GAMING! Having been an avid game player for years, he worked in retail and distribution with GameStop. Owen and Jesse believe it is important that we showcase the diversity and empowerment of creating intellectual properties such as Black Salt Coreuption to young minority children so they can be encouraged to achieve these types of amazing accomplishments themselves. Esports is a dynamically growing industry that can provide college scholarships, educational enrichment, and a vast array of positive social, cognitive, and developmental STEM skills for children.

Black Salt Coreuption has created a 100% tax deductible Special Black Salt Restricted Use Fund within The Varsity Esports 501(c)(3) Foundation to offer grants for students and schools in low income and disenfranchised communities to provide STEM learning through gaming.

If the gaming industry can begin to truly tackle diversity issues, they could create content that appeals to a wider audience, and better reflect the audiences that play their games. It is important that everyone join the diversity & inclusion moment in gaming by supporting the Black Salt Coreuption 3D arena fighting game coming out on the Nintendo Switch and PC.