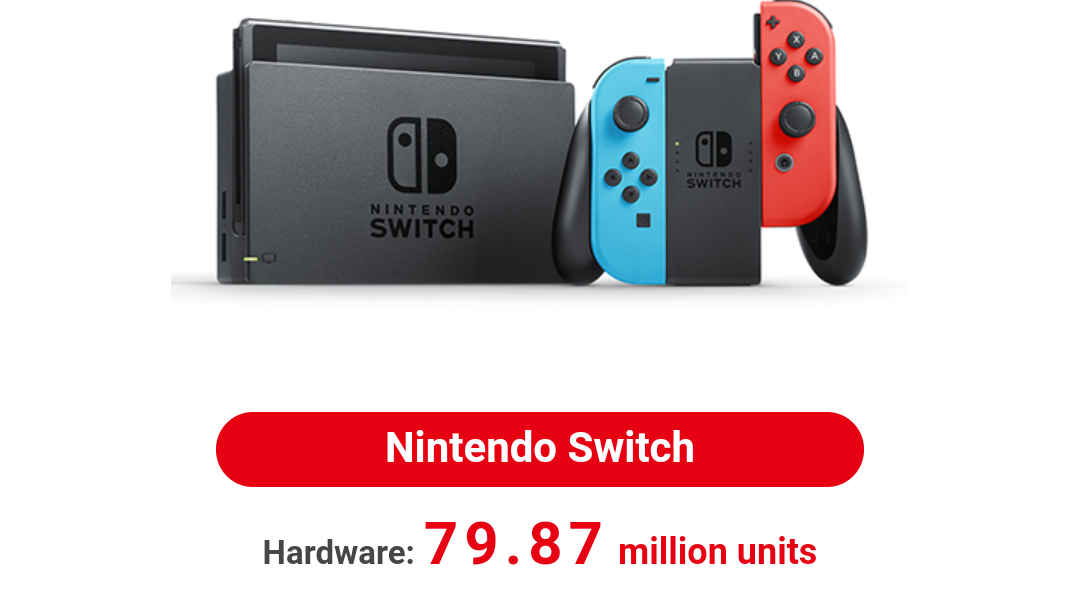 February 1, 2021 9:41 am Published by Mike Scorpio Leave your thoughts

Nintendo have begun rolling out their quarterly financial results including the current sales of their hardware. The Nintendo Switch is still going strong and has now totalled 79.87 million units sold. This total now pushes the Switch ahead of the Nintendo 3DS which sits at 75.94 million. It’s amazing to see that the Nintendo Switch is continuing to sell well. There is little doubt that with the upcoming Super Mario Edition and the Monster Hunter Rise edition Switch bundles releasing this year, there is a good possibility that Nintendo could smash 100 million by the end of 2021. After all 20 million in 11 months shouldn’t be too much of a stretch if the big N can keep the momentum going.