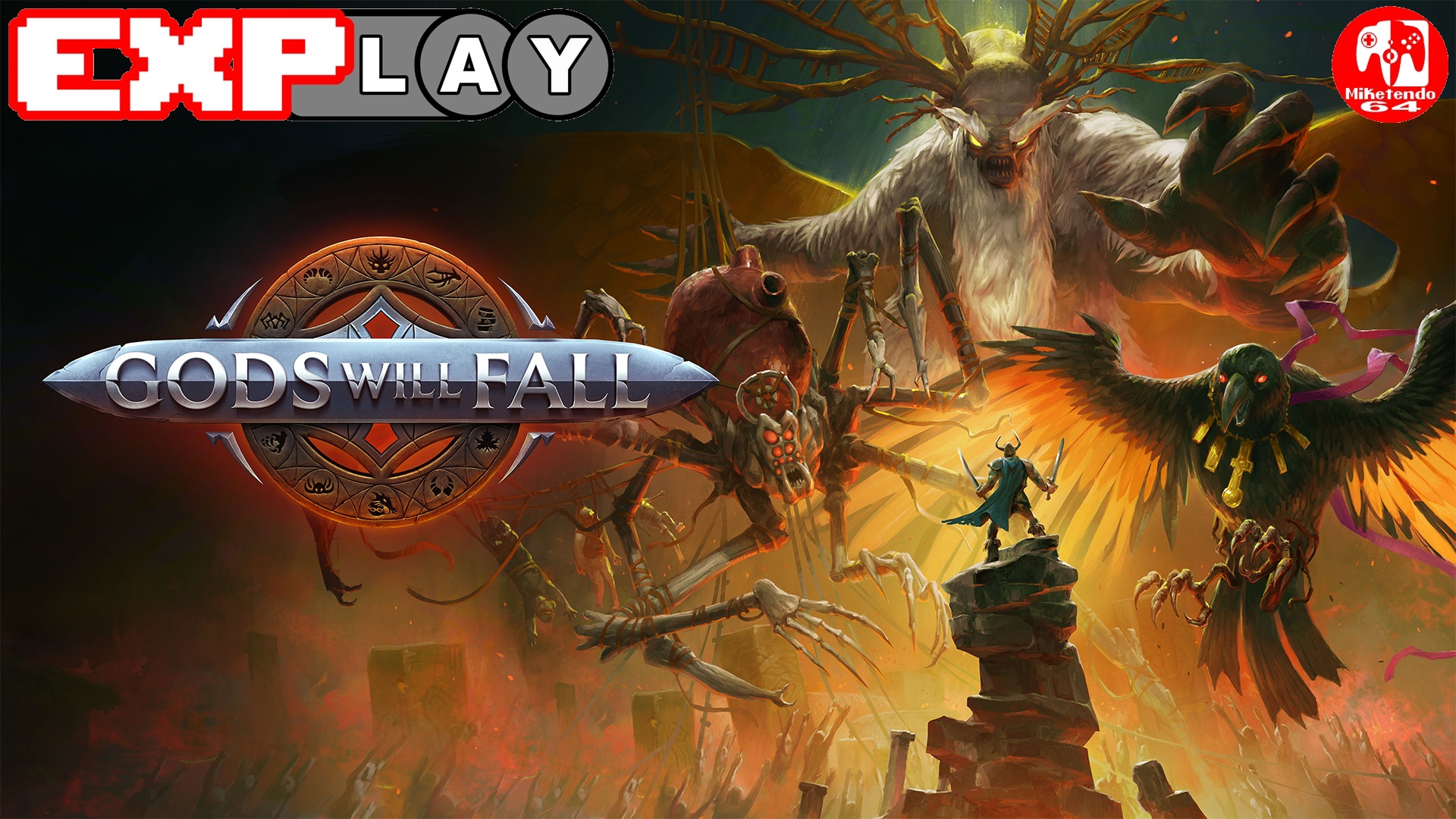 Welcome to EXPlay, (Explain & Play) the review series where we care not for scores, but tell it how it is when it comes to every game we get our hands on, whilst also taking the time to include some lengthy gameplay, to give you the reader, the chance to shape your own impressions and views whilst watching and reading. In this instalment, we’re covering Gods Will Fall by developer Clever Beans.

Gods Will Fall: (The Explanation)

From the development team that gave the world When Vikings Attack! and follow up game When Vikings Relax! comes a brand new game that swaps Vikings for Celtic warriors and their mission to vanquish the very gods that once dominated them, or die trying. Featuring some stunning visuals as part of its opening sequence full of death and destruction, which all helps to set the scene, Gods Will Fall is a unique RPG/roguelike game taking place in a world where the gods have gone too far and the people who once served them have decided to make their stand.

Taking to the great seas and filling many ships, the Vassal Revolt cast off, eager to challenge their former masters, but the gods were ready for them and their retaliation was devasting. By the time gameplay begins, only eight brave, but randomised heroes will wash ashore the landmass home to the ten gods you’ll need to vanquish to reach the game’s credits. From the beach you wash up upon, players will first need to tackle a cave in a bid to complete the game’s tutorial and should the character you choose to venture it first, either end up becoming trapped, or killed, the entire tutorial will require to be restarted from the beginning, seeing players having to relearn controls and combat methods they’ve just learned.

In the event your first character was only trapped, completion of the tutorial cave will see them returned to your party, with access to the full island now available, allowing players to tackle any of the game’s ten dungeons in the order of their own choosing, just be warned each dungeon can differ in difficulty, but the god that lies at the end of each dungeon, is something that remains constant, regardless of how many playthroughs players endure.

Should your character die, be it in the tutorial cave, an actual dungeon, or whilst battling the boss, being taken out by an attack associated with a red flash that deals a killing blow, your character will be lost to you completely and defeating the god and clearing their dungeon, will not bring them back.

In other words, the eight players you start off with, while they can come back to you should you save them, Gods Will Fall does utilise permadeath and should all eight characters perish before you defeat all ten gods, players will find their playthrough resulting in a game over and you will have to start over in a new playthrough with a new randomised team of eight, which each character, weapon classes and skills differing with each and every playthrough.

Still, all of that simply covers the game’s roguelike nature, with regards to its RPG elements, upon successfully completing dungeons, or even failing, your characters can grow stronger, benefit from stat boosts and even develop bonds, or rivalries between each other. You can also get lucky and acquire new, stronger weapons that will prove most useful, but you will lose them if you lose the character using them.

Gods Will Fall is a game that, when everything clicks into place and you’re capable of reading all of the in-game signs, can be completed in a single run lasting no more than a good few hours, but players will need to master everything that Gods Will Fall has to teach them, otherwise it will be a small grind before progress can be achieved and to make matters worse, regardless of what one character accomplishes in one dungeon, should they die or get trapped, their progress and damage against the enemy god, will not carry over when the next character goes in. Everything will simply reset and the hardships must be endured from scratch.

Should one dungeon prove too difficult, it could be in players best interests to try another dungeon in the meantime. When a god has successfully been conquered, however, it will be sealed off and unavailable to the player for the rest of their playthrough, which means you will need to do your best to see and do everything inside each dungeon, before progressing onwards. There is no knowing what kind of items and lore that can be discovered if you don’t actively seek them out.

Additionally, just in case more is required to satisfy the player’s desires, for those who seek out the Valiant Edition, which comes with Hunter’s Head Gear, which is assigned randomly with every playthrough, there’s also The Valley of the Dormant Gods DLC. With this special piece of content, there are many new additions to be enjoyed, ranging from two new weapon classes, new items, skills, garb for your warriors and even adds secrets to be uncovered in the game’s overworld. Still, just in case some icing is required on top of the DLC cake, there are also three more gods and their missions to battle in “unchartered hellscapes.”

From a gorgeous opening cutscene, intricate boss designs, a menacing voice-over and a punishing difficulty system, Gods Will Fall is a unique enough title in its own right, bound to stand out from the masses. Not every player might have the skills to make it to the end of the game and have their band of heroes live to tell the tale, but if you’re patient, eager to learn and adapt, Gods Will Fall is a game with a lot to offer for those willing to embrace it.

Gods Will Fall: (The Gameplay)