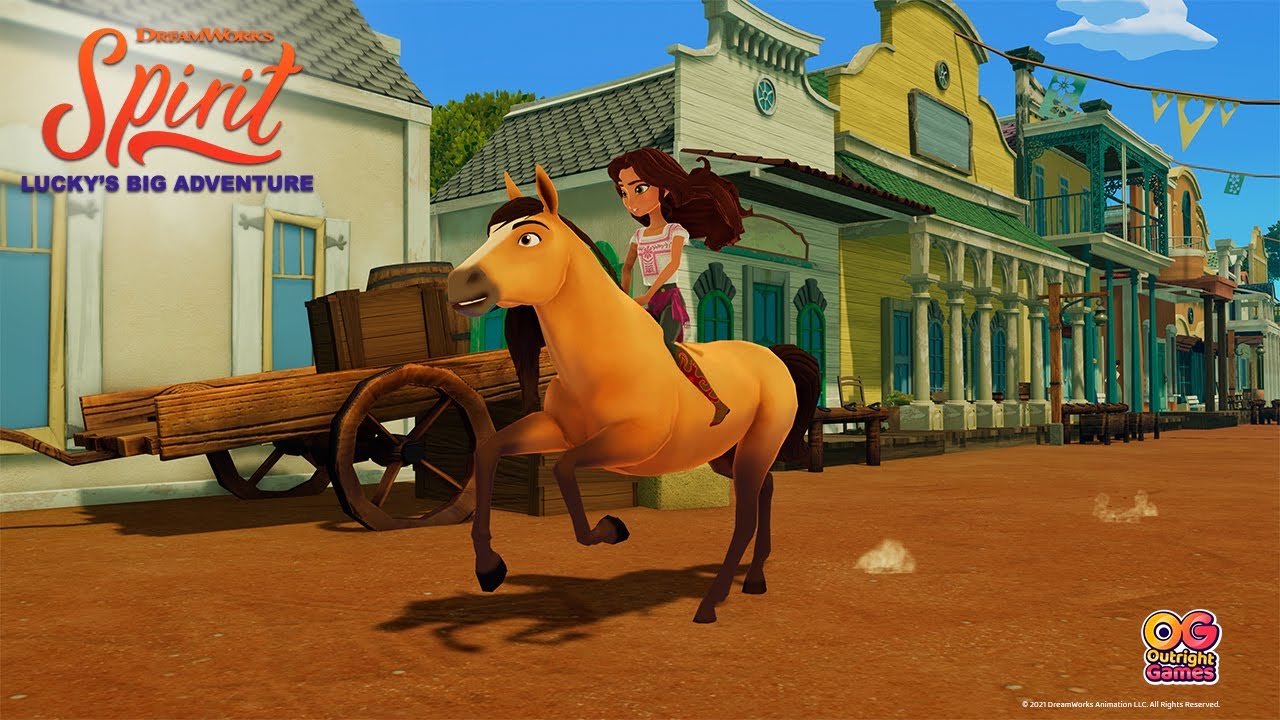 Outright Games has revealed their next big game coming to Nintendo Switch, other consoles, and PC this summer. The game is DreamWorks Spirit Lucky’s Big Adventure and is inspired by DreamWorks Animation Spirit Franchise. Join Lucky on an adventure into the frontier with her faithful steed Spirit. Rescuing animals, helping the townsfolk, and competing in horse races are just some of the things you can get up to in DreamWorks Spirit Lucky’s Big Adventure.

If you would like to know more about the game, you can find more information and a trailer in the official announcement below.

January 28, 2021 – Outright Games and Universal Games and Digital Platforms are excited to reveal the upcoming release of DreamWorks Spirit Lucky’s Big Adventure, the first-ever video game set in the adventurous world of DreamWorks Animation’s award-winning Spirit franchise. The new video game will release on Nintendo Switch™, Playstation®4, Xbox One and PC digital in summer 2021 for £34.99.

Inspired by the upcoming DreamWorks Animation feature film, Spirit Untamed, this new open-world action-adventure game offers players a chance to go on a wild adventure and explore the wonders of the frontier with Lucky and her beloved wild mustang, Spirit. This original story celebrates themes of adventure, friendship and the special bond between a girl and her horse as Lucky teams up with best friends, Abigail and Pru, to embark on a fun-filled quest for hidden treasure in Miradero.

“We are thrilled to collaborate with Universal Games and Digital Platforms once again, especially on such a unique, diverse and beloved franchise,” said Terry Malham, CEO of Outright Games. “As a company, we strive to create innovative, exciting games and with DreamWorks Spirit Lucky’s Big Adventure, we are proud to bring fans a game that is ideal for young girls and will surely provide fun for the entire family.”

“With this new game, we will explore the themes of true friendship and daring adventures in authentic, fresh and creative ways,” said Jim Molinets, SVP of Production, Universal Games and Digital Platforms. “The world of Miradero will be brought to life in this interactive coming-of-age story that will delight fans and introduce the vibrant world to new audiences.”

The Spirit franchise achieved huge success with the Netflix series Spirit Riding Free, released as eight full seasons and several specials. The series has received huge critical acclaim, including a 2019 Emmy Award for Outstanding Individual Achievement in Animation, and ranks as the top Netflix series for girls ages 2-5 and 6-11. The DreamWorks Spirit toy line is also a best-seller and was nominated for a Toy of the Year Award in 2018 and in 2019 for Doll of the Year. The Spirit franchise will continue with the release of the new DreamWorks Animation feature film, Spirit Untamed, on June 4, 2021, inviting even more fans to join the adventures in Miradero.