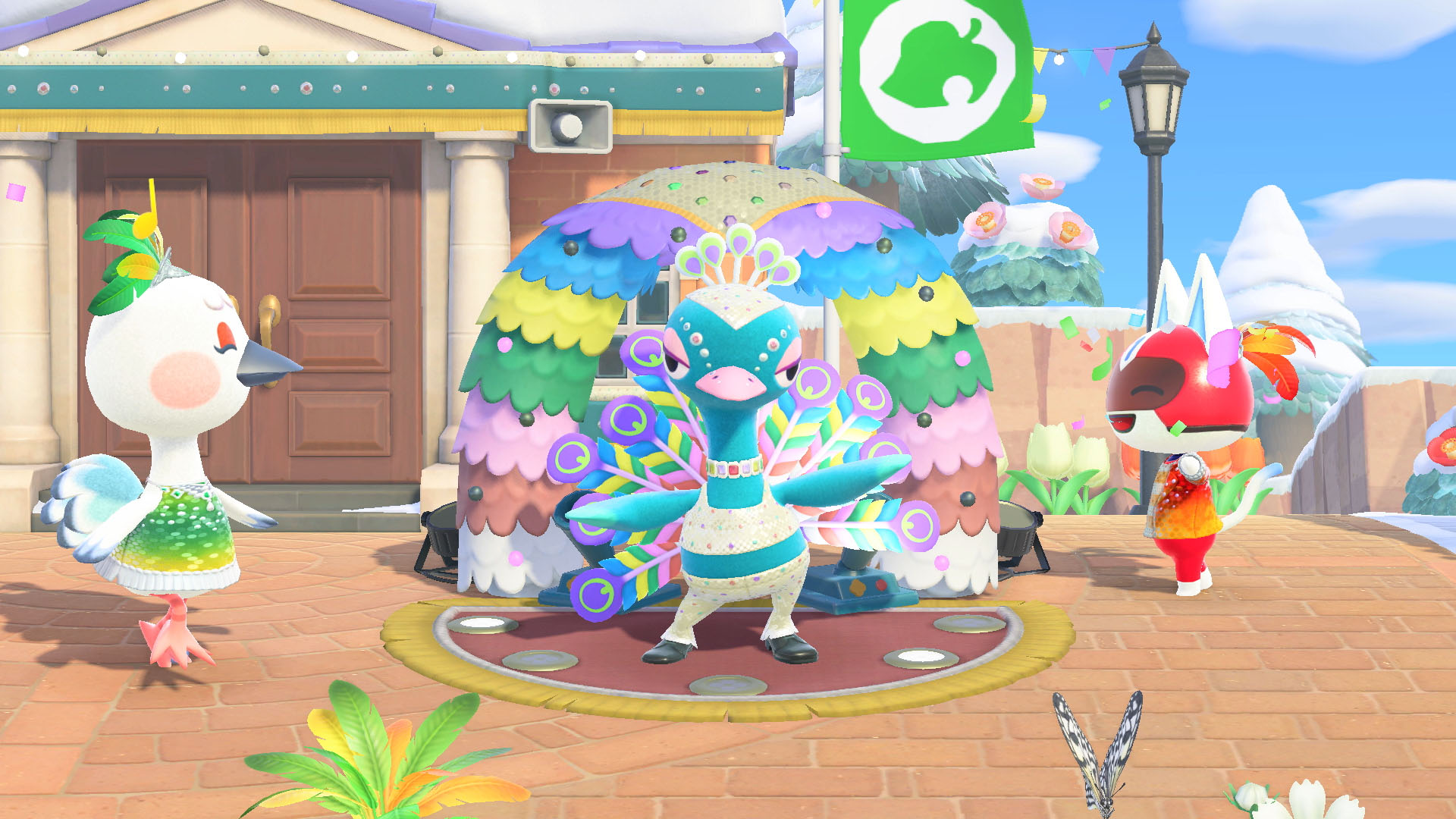 The next update to come to Animal Crossing: New Horizons will be releasing on January 28th, 2021. It will prepare the game for the Festivale event that will be held on February 15th. Pavé the dancing Peacock will be coming to your island in time for Festivale and teach you some sweet dancing moves. New seasonal items relating to Lunar New Year and Valentines day will also be available to purchased with bells from the Nook Shopping Terminal and App.

Come March, a Super Mario themed update will be introduced to the game and the Sanrio Collaboration amiibo cards will be given a rerelease. For more information on the Festivale event and the amiibo card release date, you can check out the official announcement from Nintendo below.

A free update to Animal Crossing: New Horizons for Nintendo Switch
will arrive on 28th January

26th January 2021 – Whether it’s players who recently picked up Animal Crossing: New Horizons for Nintendo Switch over the holidays, or long-time island residents, we hope this free update fires up islands by introducing carnival spirit, new seasonal items and more.

Animal Crossing: New Horizons periodically receives updates that deliver events and features to the game, and this new update includes a colourful and feather-filled Festivale event*, some heartfelt additions to seasonal items, new Reactions and items to purchase, which you can check out in the new trailer.

Beginning 28th January, the new update will add the following features to the game:

Additionally, another update for Animal Crossing: New Horizons is planned for March, so please stay tuned for further details to come.

A new update for Animal Crossing: New Horizons coming to Nintendo Switch on 28th January features a colourful Festivale event, new reactions, costumes and seasonal items. Additionally, starting 26th March, the Animal Crossing Sanrio Collaboration Pack will be available for purchase at select retailers and online across Europe. Another update for the game is planned for March.