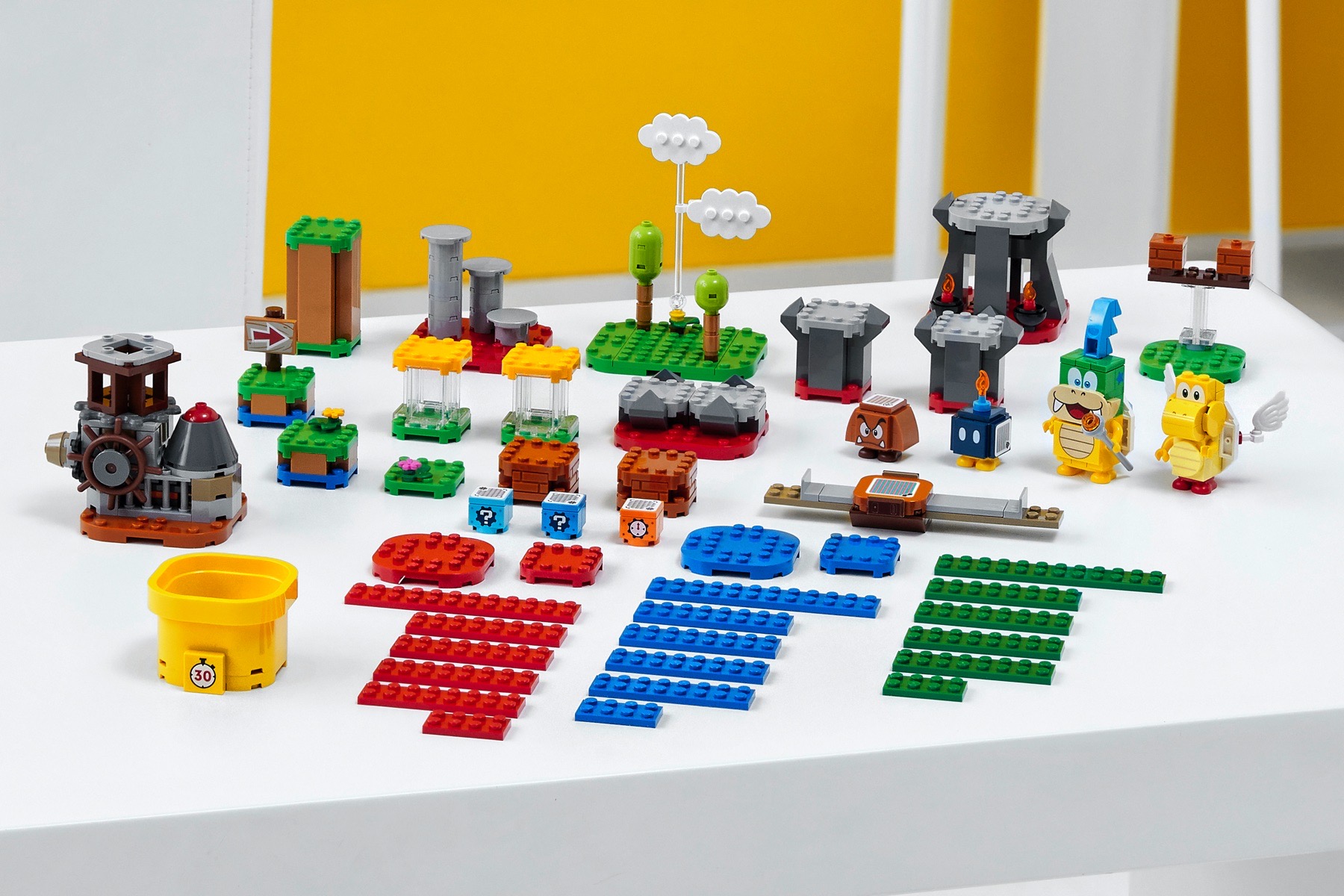 LEGO Super Mario has indeed levelled up with a new wave of LEGO Super Mario expansion sets. The new sets introduce new characters, tiles and activities for LEGO Super Mario to interact with. The Build your own Adventure set includes an array of pieces to create courses with as well as Iggy the Koopaling and a special “Block” editor that can alter the amount of time or coins that you can receive from a particular block.

Other sets in this wave can come with a Chain Chomp or even a Wiggler and introduces a new ‘poison swamp’ hazard in the form of purple tiles. When LEGO Super Mario lands on these tiles, he can become dizzy and will not be able to interact with anything else until he shakes his dizziness off (you can literally the shake Mario figure to stop him being dizzy).

A new wave of Character Figure blind bags adds 10 new enemies to collect. These include the likes of Ninji, Thwimp, Spiny Cheep Cheep, Huckit Crab, Bone Goomba, Parachute Goomba, Foo, Para-Beetle, Poison Shroom and Fly Guy. Each one can meet you some coins when you stomp on them with the exception of the Poison Shroom which, can make you dizzy. However, by shaking Mario quickly, he will recover and gain a few coins as well.

Two new Power-Up packs come in wave two that allow LEGO Mario to suit up with the Tanooki Suit and Penguin Suit. Like with the other Power-Ups packs, Mario will make noises and sounds relative to what suit he is wearing. These are more of a novelty than practical but they do look pretty cool even if they are a little costly at $9.99.

Much like the first wave of LEGO Super Mario, some expansion sets are much pricier than others with the “Build Your Own Adventure” set at around $69.99. The Chain Chomp Jungle Encounter set is the cheapest in this wave and is priced at $24.99. The sets are still costly but they do look really cool. I have personally picked up two sets from the new wave, the Chain Chomp Jungle Encounter and Wiggler’s Poison Swamp. I had fun building them and combining them to make a challenging course for LEGO Super Mario to traverse.

Will you be picking up any of the LEGO Super Mario Wave 2 Sets? Let us know which ones in the comments.

Until Next Time… Keep on Building! Uh, I mean Gaming!