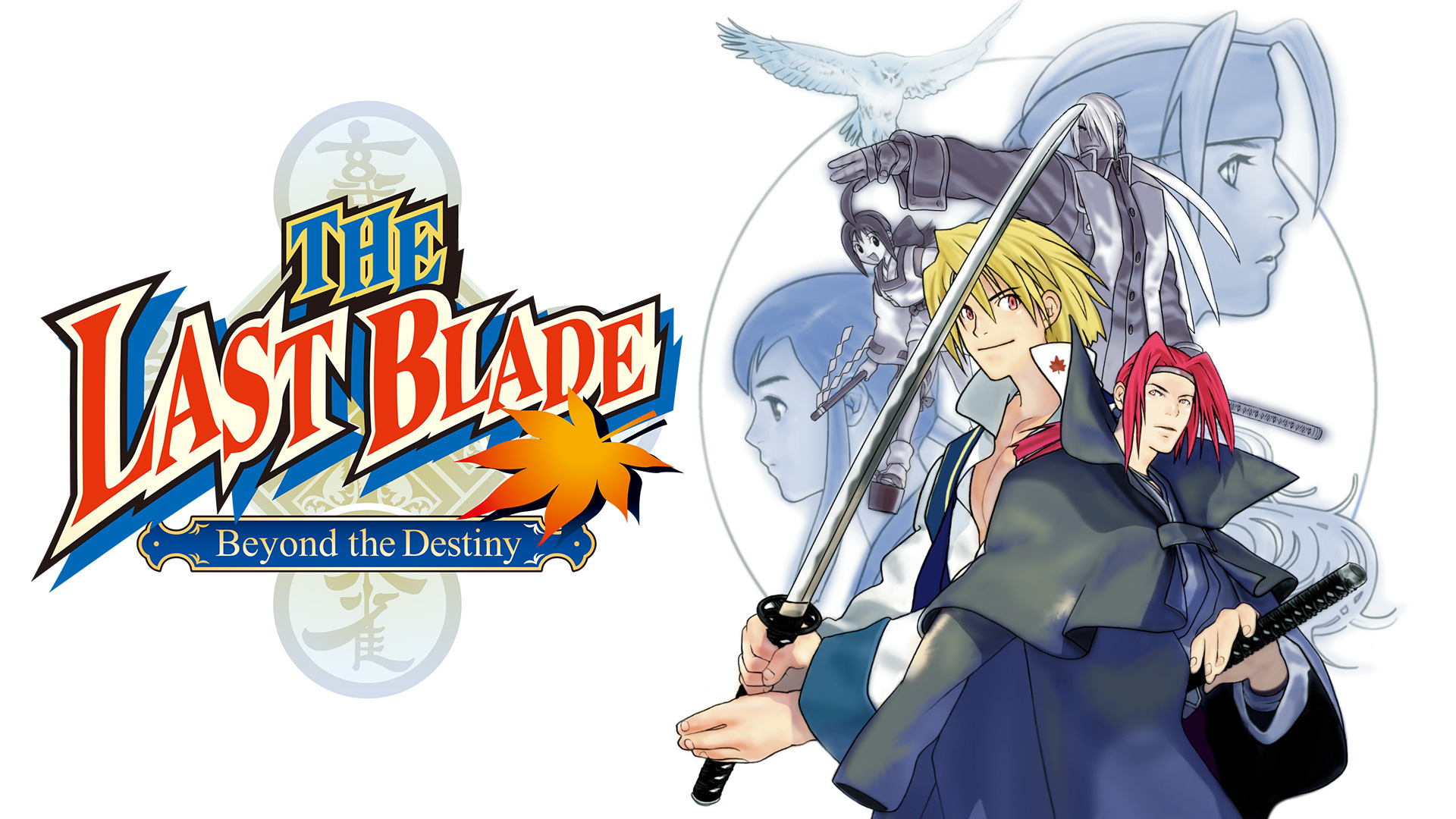 [Review] THE LAST BLADE: Beyond the Destiny (Nintendo Switch)

With the added success of the Nintendo Switch Online service which features SNES and NES classics and hidden gems, SNK decided to move forward with their own retro pack of collectibles. SNK’s THE LAST BLADE: Beyond the Destiny is a great virtual handheld step back in time to 20 years ago with the NEO GEO Pocket Color attempted to accompany the limelight of the hugely popular Game Boy Advance.

The NEO GEO Pocket Color released in March of 1999, this handheld was a very niche device due to lack of third party western support, however, it’s competitive impact was enough for SNK to warrant a comeback on the Switch with the virtual pocket color. THE LAST BLADE does a good job of making you feel like you are ten years old again via the various stylized displays available.

THE LAST BLADE: Beyond the Destiny is a traditional handheld fighter that features a ladder system and a small cast of characters. The action and fighting style takes a little time to get used to, especially being used to the fighting games of today. That being said, it can feel a little dated, however, this is a 20-year-old game brought back to life through SNK’s NEO GEO Legacy project.

In The Last Blade, you control characters like Kaede, Moriya, Okina, Yuki, and Akari, which a chance to unlock more as you progress through the game. Set during the Bakumatsu era amidst the beginning of trade routes to the West, this backdrop for an arcade fighter keeps things rather interesting. You begin with nine characters and can unlock more by purchasing them with scrolls as you progress throughout the game.

Between each fight is a short glimpse into the story. Each fighter has a unique path in the overall story of this game and really keeps you on your toes to find out how the story pans out. Most fighting games storylines are pretty bland and generic, whereas The Last Blade features history and intriguing dialogue between each character.

THE LAST BLADE: Beyond the Destiny is an arcade fighter in the style of Samurai Showdown. You choose power or skill when you pick your character and you must be diligent on your blocking and attacking as the CPU characters can be quite brutal. The controls themselves are simple, A button, B button, and the control stick, all of which you can map yourself on the menu screen.

Each character has a list of commands that you can access in the manual part of the overall pause screen. Like any fighter, you’ll need practice as you cannot simply win by mashing buttons. This game requires timing and skill and with it being a more old school style game, the challenge is even greater for the single-player mode, which makes for a memorable experience!

Like various fighters before and after, The Last Blade features two mini game modes. ”Juzo Kanzaki’s Home Run Competition” and “Mukuro’s Great Escape from Hell’s Gate.” The Home Run competition is exactly what it sounds like. You power up your strike and try to hit a massive home run.

The manual in the main menu of this virtual NEO GEO Pocket Color is a great example of what games today are truly missing: A great starter guide for the game. Back in the day, games came with a manual that included controls, back story, character models, and their own history and hints at the future of the series. Even a virtual manual like The Last Blade’s would be great. As a collector, I feel this is something huge that games today are missing.

This manual includes tips and tricks and controls as well as explanations of the different fighting styles and attack commands. It requires a little study, but if you want to be good at fighting games, like any other skill, you must practice!

People who will pick this game up are bound to be studious fighting game gurus and fans of nostalgia that has seemingly taken over pop culture society, however, you have to do a little digging to get into the “how-to’s” and strategies to survive the 1 player mode or besting your friend who is a fighting game pro.

Even though this game is an older title, this NEO GEO virtual Pocket Color version is full of some quality of life features. The main menu features a rewind button for those who are not very patient with older games. The manual as mentioned before is going to be your saving grace to surviving this game. You can change the display to a variety of styles, eight different NEO GEO Pocket Color styles, and just the game screen itself.

This game has 15 characters, six of which need to be unlocked through in-game purchases with scrolls and points you earn throughout the story mode. You can adjust and map the controls to your liking and completely reset the game if you are unhappy with your current run through.

This title also features local multiplayer or split-screen in handheld/tabletop mode. We often never think games like this will have that kind of feature but as more retro games become popular, adding a multiplayer aspect just makes it that much more enticing.

As a fan of old school games, particularly Game Boy and beyond, the NEO GEO sounds are a perfect walk in memory lane. I love the chippy sounds of the handheld era from Pokemon to Zelda: Links Awakening and THE LAST BLADE: Beyond the Destiny is no different.

The background music for each of the game’s stages was decent but admittedly, it is not nearly as catchy as the music in Nintendo’s own handheld console games. Still, the action sounds and overall audio package hold up well today which, is not bad for a game that is 20 years old.

With THE LAST BLADE: Beyond the Destiny being a handheld game from 1999 reborn onto a virtual platform, I was worried the graphics and execution would suffer. However, SNK did a great job making this game run quite smoothly. Some of the fighting animations can be hard to workaround, but I think I am just not a great fighting gamer, I found myself using the rewind feature quite a bit.

The overall performance of the game is great and does not feature many bugs or hiccups. The multiplayer mode is smooth, the minigames are fun and the overall experience is a pleasant nostalgia-driven amalgam of old-school fighting arcade games.

With so many retro games coming back into the spotlight with the SNES and NES online features on the Switch, I really appreciate the work SNK has done in preserving their legacy with their NEO GEO Pocket project. The Last Blade is a worthy addition to our already growing old school game library and I am hopeful we will see an influx of more long-forgotten handheld games from the late 1990s

This is not a fighting game for everyone, however. The Last Blade is challenging and rewarding if you are willing to put in the work to “get good,” (as the kids say…) and reap the benefits by unlocking more characters to master as well.

The graphics and sounds are decent, but not on par with the likes of the Game Boy Color and Game Boy Advance, but it does present a great alternative. The overall performance of this title is impressive and the experience is memorable as one of the more challenging fighters I’ve played in a long time. This title proves, however, that despite NEO GEO creating their own handheld, there is a reason the Game Boy Advance and Game Boy Color dominated the handheld scene.

If you’re like me, a fan of old school retro handheld games, then THE LAST BLADE: Destiny and Beyond is definitely a title for your Switch library, but beware the challenges within!