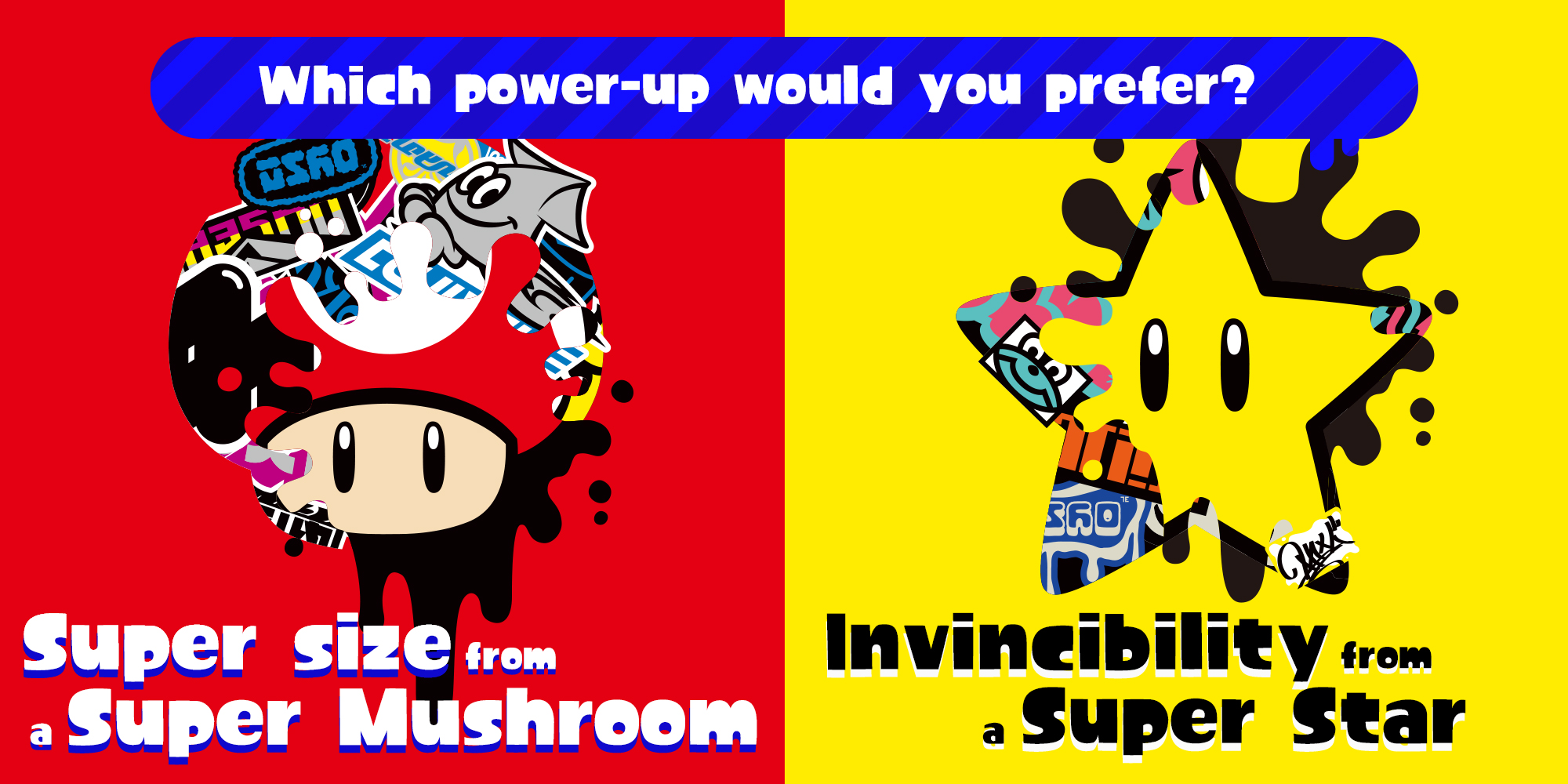 Nintendo of Europe has announced on Twitter that the #SuperMario35 or Super Mario Bros. 35th anniversary-themed Splatfest for Splatoon 2 will be underway on January 15th, 2021. Players can now choose which Power-up they prefer and wish to represent in-game: Super Size from a Super Mushroom or Invincibility from a Super Star? They will then get a special Splatfest T-shirt in-game for the duration of the Splatfest.

You can see the announcement tweet for yourself below.

Voting for the next #SuperMario35 Splatfest is underway in #Splatoon2! Which would you rather have: super size or invincibility?

Choose a side in-game now, and get ready to splat it out on 15/01! pic.twitter.com/eBEYw78rtb

If you are participating in the #SuperMario35 Splatfest, which side will you be representing? Will it be Super Mushroom or Super Star? Super Size or Invicibility? Feel free to let us know in the comments!