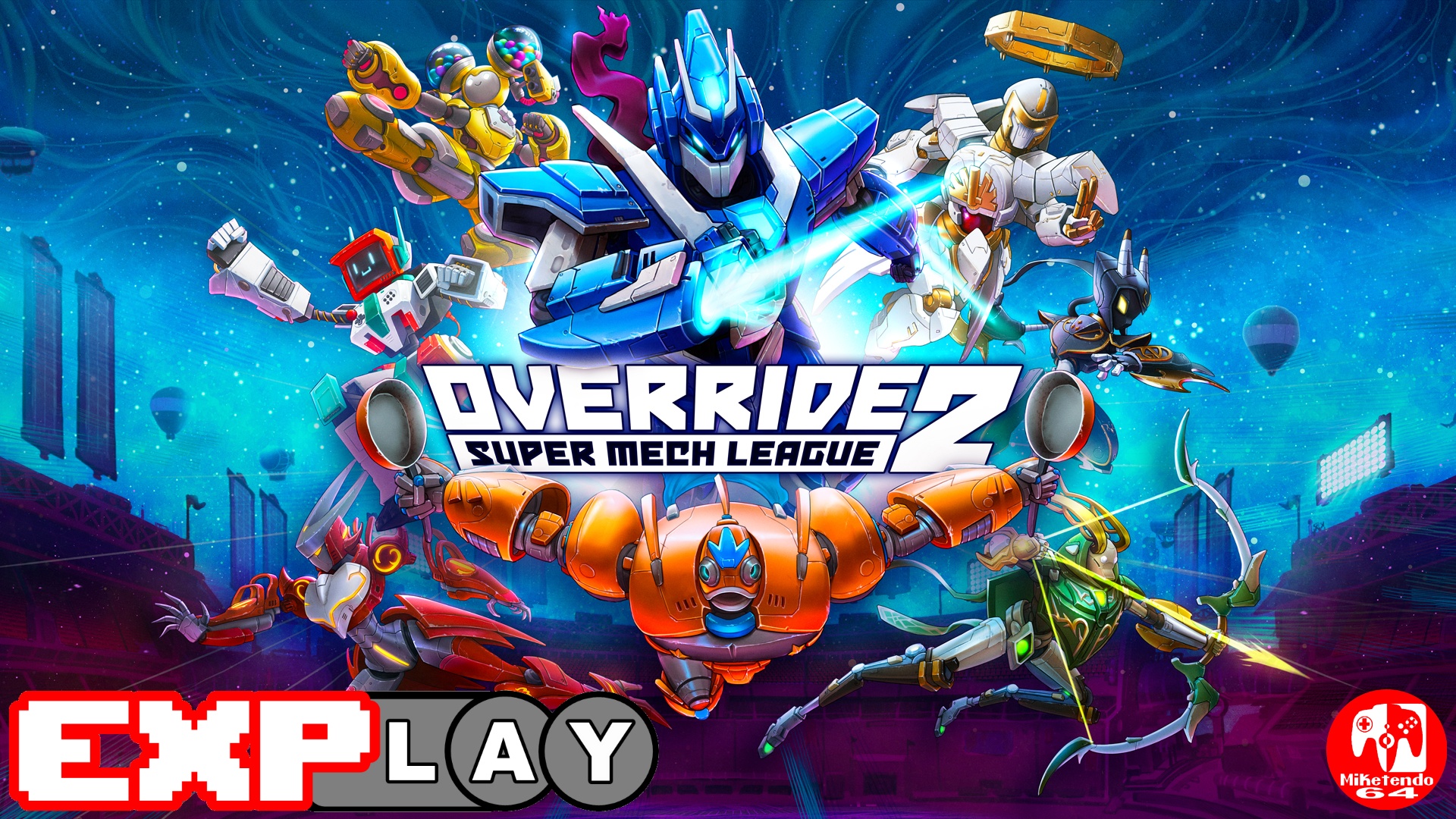 Hey folks, welcome to the feature series we call “EXPlay.” A series of feature articles where we share our experience on games we’ve recently played in the form of written views and captured gameplay footage. In this instalment, we’re all about Override 2: Super Mech League by developer Modus Studios Brazil.

First exploding onto the scene in 2018, Modus Games helped bring the 3D mech brawler Override: Mech City Brawl to consoles and PC and now the publisher is at it again with a second instalment that is easily a must-own title for those who enjoy the series. Override 2: Super Mech League is still very much so the Override game series fans loved before, only now this latest release has raised the bar and delivers something a little more special.

As gorgeous as the arenas were in the previous title, with them, of course, being based on real-life cities and countries, now the arenas feature more futuristic settings that come packed with hazards such as lava pools, geysers and more. What’s more, instead of just having 12 playable mechs like in the previous title, now there is a roster of 20 playable mechs to choose from and the variety in their move-sets are unique enough that each character warrants at least one playthrough each.

Just in case more isn’t better for some players though, Override 2: Super Mech League comes packed with a garage mode where plenty of expansive customizations can be had. As long as you have the right amount of coin in your pocket, then you’ll be free to purchase any mech you want, change its colours and even purchase accessories. Players will also be able to purchase avatars and perform in-game actions to meet requirements for unlocking titles that can be used when battling online against other players, or just against the game’s CPU bots.

Unfortunately, garage is not available from the outset, but it can be acquired within 30 minutes of gameplay, with all the player being required to do, is commence their journey as a new pilot looking to make a name for themselves in Mech Leagues, with agent Zoe by your side, looking to assist you with hitting the big time. Via career mode, players will game access to all kinds of arenas and game modes, which even includes battles consisting of 1v1, 2v2, free-for-all brawls and even games such as King of the Hill and Xenoswarm.

Should players stick around to hit the 2-3 hours of gameplay mark, however, then the fun can really begin because in that time, players will be able to gain access to sponsorships, where sponsors will sponsor you for a period of time and some requirements will be put into effect should you wish to get a reward out of them, such as throwing 50 opponents whilst your current contract is valid. Players will also be able to get access to clubs and provide you are able to pick up the game’s combat style really easily, at least obtain a C-rank in a minimum of 3 leagues, thus granting unlimited access all of the game’s major features.

Override 2: Super Mech League features a visual improvement with regards to its art department and easy to main menu screen, but can be partly let down at times, especially during the tutorial, due to the size of the game’s text, with some performance stutters occurring just when you’re fighting CPU enemies. As for the online side of things, when you can find a battle against another player, it’s great but poor internet will affect performance and sometimes, you can be waiting quite a while before another player can be found, so if you do get bored, at least playing against CPUs is an option.

Like any true sequel or series continuation should do, Override 2: Super Mech League takes stock of everything the previous game did right and wrong and heavily improves upon it, resulting in more mechs, more mayhem, more fun and lot more replay value.