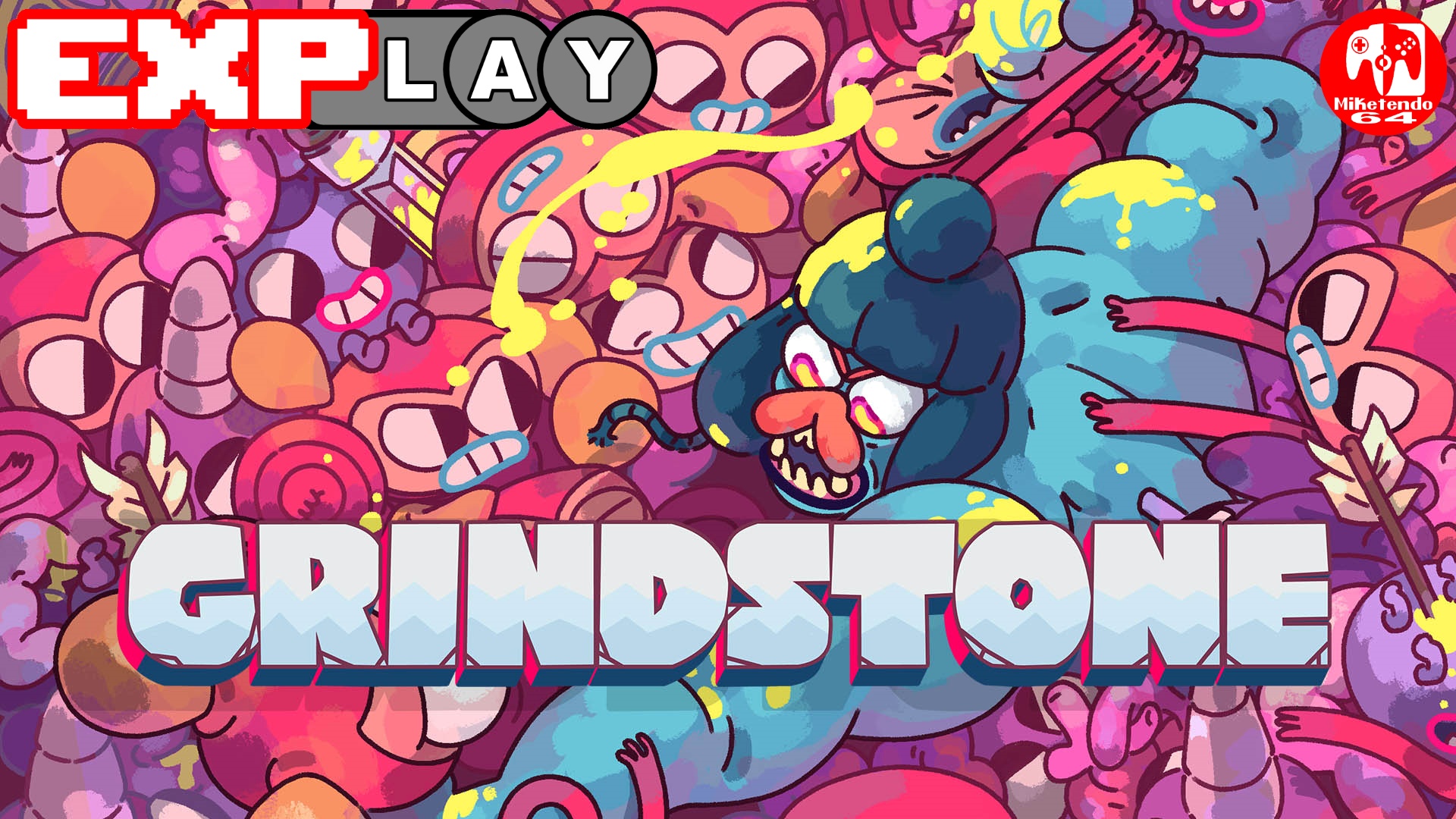 Welcome to EXPlay, (Explain & Play) the review series where we care not for scores, but tell it how it is when it comes to every game we get our hands on, whilst also taking the time to include some lengthy gameplay, to give you the reader, the chance to shape your own impressions and views whilst watching and reading. In this instalment, we’re covering Grindstone by developer Capybara Games.

In an age where addictive puzzle games dominate the mobile market, developer Capybara Games joined in on the action with their 2019 release of Grindstone and after a year of waiting, it’s finally playable on the Nintendo Switch. As a puzzle game with more than 200 levels to complete, Grindstone is a gorgeous looking title that improves upon the developer’s trademarked visual stylings, whilst encompassing “honed design sensibilities.”

Where Grindstone strives to differ from other games from the same genre, however, is in its execution. Taking place on Grindstone Mountain, a mountainous region home to shiny gems called Grindstones and monsters called Creeps, players assume control of a muscular StoneGrinder called Jorj, with gameplay revolving around Jorj’s journey to the top of Grindstone Mountain.

As a StoneGrinder, Jorj’s only job is to wipe out creeps on any given level, chaining enemies all of the same colour, in a bid to score as high a combo as players possibly can in a bid to get Grindstones to appear. By forging Jorj a path through the Grindstone, Jorj will be able to collect it and swap creep colours.

The better the chain you can form before executing your move, the better the Grindstone that appears once it’s done and when it comes to Jorj’s movements, instead of being limited to just moving in four directions (up, right, down, left), Jorj can move diagonally as well, as long as matching colour creeps are connected, or on later levels, players can go from creeps, to passing through wooden structures that need to be smashed apart, ice blocks, or even treasure chests and then back to creeps.

Because of the battle element at play, however, on top of players needing to plan their moves wisely as you would normally do in a puzzle game, this time around it is all the more important as Jorj does a health bar, consisting of three hearts and the creeps will hit back at every opportunity.

Hunting Grindstones and other materials is a dangerous business and for the player looking to do it all, see it all and make it all the way to the top, strategy is everything and having the correct resources is a necessity, especially when Grindstones can be used for many things, including restoring health and gaining access to powerful gear to give Jorj an edge in battle, which isn’t just limited to the tip of his sword.

Incidentally, for the most part, especially in the earlier stages of the game, completing levels isn’t overly hard, as players need only to kill a specific amount of enemies to be able to head to the level’s exit and escape with all their collected treasures, but players who wish to stay the course for more rewards, are welcome to do so.

To compliment all this brutal action is a tantalising soundtrack by Sam Webster and additional content in the form of daily challenges such as a daily grind, leaderboards and plenty of gear and weapons to unlock, as well as fun little costumes for Borj to wear as his murderous StoneGrinding rampage leads him to victory.

Whilst most puzzle games aren’t for everyone, Grindstone is a rewarding title that does not discriminate against a player’s age and skill level and is absolutely gorgeous to boot. The price tag might seem a little steep at first, but this precious gem is a cracking little diamond full of enjoyable content and once you start playing, it is hard to stop.