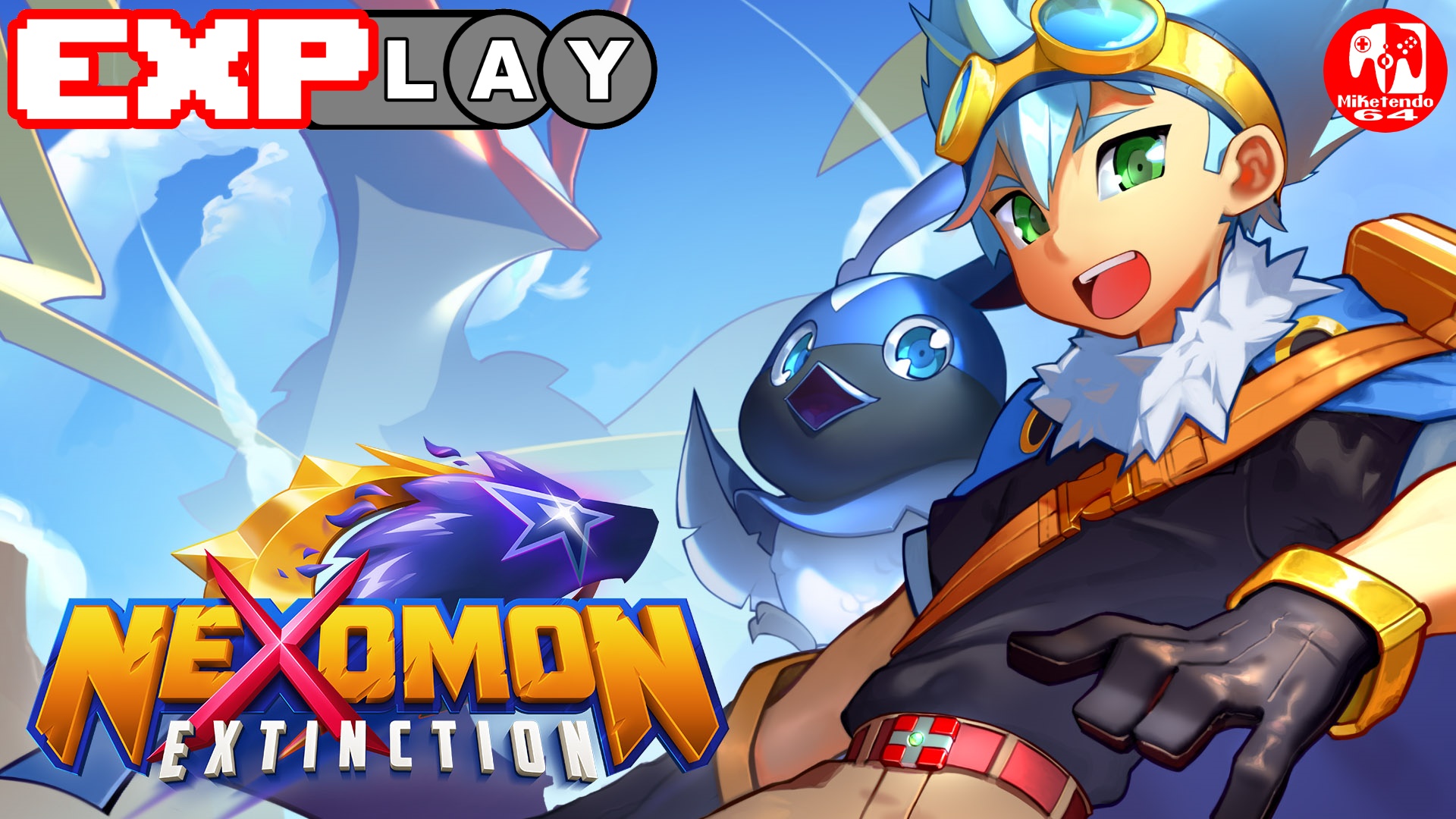 Hey folks, welcome to the feature series we call “EXPlay.” A series of feature articles where we share our experience on games we’ve recently played in the form of written views and captured gameplay footage. In this instalment, we’re all about Nexomon: Extinction by developer VEWO Interactive.

When it comes to monster-catching games, there certainly aren’t any shortages. From the most iconic (Pokémon), to the Yokai-Watch series, Monster Hunter Stories, even World of Final Fantasy Maxima, there is a monster-catching game for every platform and since 2017, Nexomon has joined the ever-growing list, only now it’s swapping mobile for consoles and PC.

Developed by VEWO Interactive, Nexomon: Extinction was announced for Nintendo Switch on January 10, 2020 and had very little promotion all throughout the year, which is a grave shame as this release is a massive improvement over the first game, as the visual improvements and art style alone is quite the upgraded leap, whilst still keeping true to the games that inspired it.

The plot of Nexomon: Extinction revolves around a world on the brink of ruin, as a mighty Tyrant Nexomon is striving to take dominion over humans and Nexomon monsters alike, with the player needing to join the Tamer’s Guild, in a bid to commence their adventure and do what they can to help save their world whilst trapping and adhering to real-time button inputs to tame any and all Nexomon that take your fancy and work alongside them.

Leaving one’s orphanage will be hard, but well worth it as Nexomon come in all shapes and sizes, there are Nexomon capable of evolving and while some designs of the monsters are laughable at best, many of the names are brilliant and there are some final evolved forms that make some Nexomon must have monsters.

Then, of course, there are some Nexomon that are designed so well that they actually look like something out of a Pokémon game, although that could just be because the designs are very similar to actual Pokémon, with some coming across as inspired copies and others looking like their design comes from multiple Pokémon but fused into one Nexomon.

In terms of battles, there are 9 different types of Nexomon, to be aware of (Normal, Fire, Water, Plant, Mineral, Wind, Electric, Psychic, Ghost), with players free to battle against wild Nexomon, Trainers and Tyrants, with all combat being turn-based, whilst the game gets more difficult based on your progression.

For the player seeking to collect them all, or at least get an idea of all the Nexomon available in-game, there is an online Nexopedia that has all that information readily available for you, which you can access by clicking here and just like any good monster-catching RPG game, there is more to do than just catching and battling.

On top of exploring some incredible looking regions, there is an abundance of sidequests to complete and NPCs to interact with, helping to fill Nexomon out all the more and give players more fun things to do. Remember, Nexomon are our allies and not just the means to win a war.

For the gamer who loves all things Pokémon, but has always wished the main series games had a harder difficulty nearer to the end of the games, Nexomon: Extinction could very well be the game that helps to fill the void. With 381 monsters capable of being tamed and a playtime of around 25+ hours, there surely is an impressive adventure to be had.