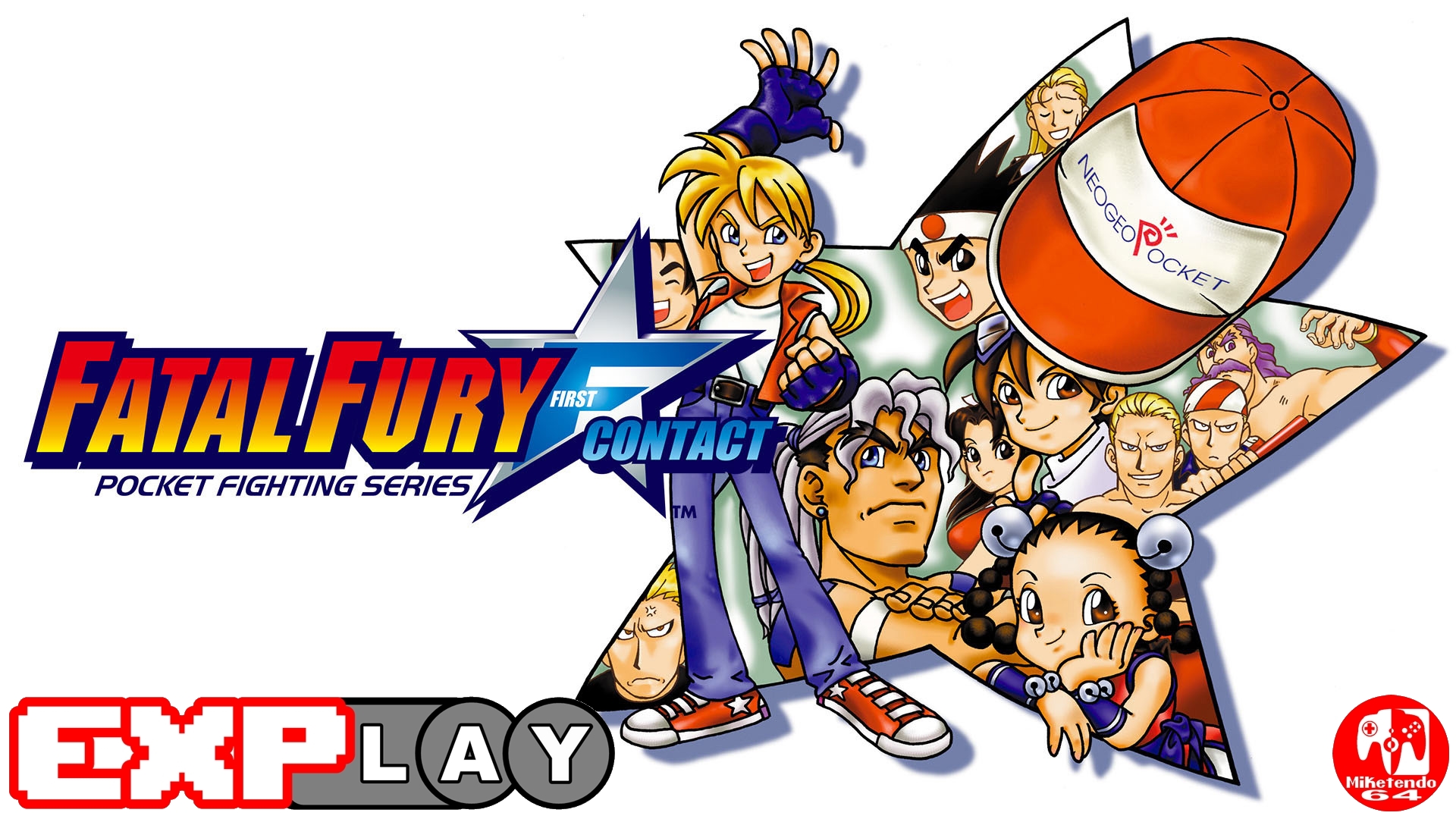 Hey folks, welcome to the feature series we call “EXPlay.” A series of feature articles where we share our experience on games we’ve recently played in the form of written views and captured gameplay footage. In this installment, we’re all about Fatal Fury First Contact by SNK.

Fatal Fury First Contact is a retro fighting game that originally released on the NeoGeo Pocket Color back in 1999. It is the latest game by SNK to get a revival on the Nintendo Switch. Series veterans Terry, Geese, and Mai Shurini are joined by newcomers Li Xiangfei and Rick Strowd and all must fight it out to be the best of Southtown.

Choose your fighter and take on the others over multiple matches. Each match can last up to three rounds but only two are required to win. You can use either the left Joystick or the D-pad to move and jump. The A and B buttons are to punch an kick. Much like the Street Fighter games, you can also block and perform combo attacks to really dish the dirt on your opponents.

Just like the other NeoGeo Pocket Color games that have launched on Nintendo Switch, Fatal Fury First Contact is a game portrayed on a screen within a screen. On the Switch screen, there is a digital display of a NeoGeo Pocket Color console. The console then has its own screen in the center that displays the game you are playing. The center screen can seem quite small, especially in handheld mode but you can change the display options and zoom in to make the screen larger. You can also change the design of the NeoGeo display to your liking.

Up to two players can play Fatal Fury First Contact. If playing tabletop mode or docked mode, both players will play with the same single screen. If played in ‘handheld’ mode (with both joy-cons attached to the console), the screen will split into two and will rotate so that each player plays from one side of the screen with the Nintendo Switch lying flat on a surface, making for an interesting experience.

Fatal Fury First Contact is a mini blast from the past that is as engaging to play on the Nintendo Switch as it was on the original NeoGeo. The pixel art might be cutesy but it belies an intricate arcade fighting game that is still fun to play today.

Thank you for reading our EXPlay on Fatal Fury First Contact. We hope that you find it useful in your decision in picking up the game for yourself. While there are a lot of hidden gems on the Nintendo Switch and a fair number of duds, we’ll leave it to you to decide whether a game is for you or not.