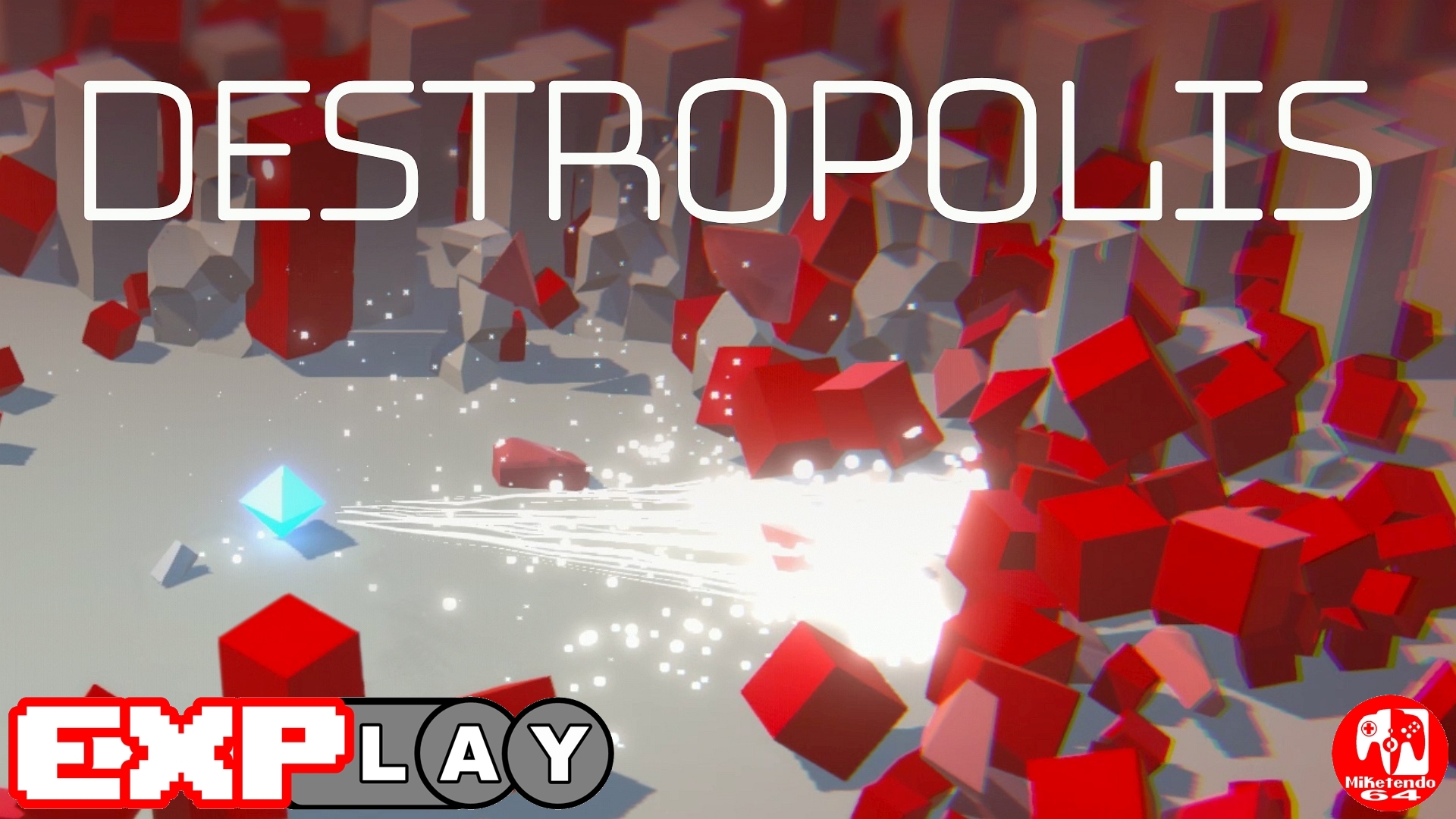 Hey folks, welcome to the feature series we call “EXPlay.” A series of feature articles where we share our experience on games we’ve recently played in the form of written views and captured gameplay footage. In this installment, we’re all about Destropolis by Igrek Games.

Destropolis is a top-down action shooter. You must blast away as many enemies as you can before being ultimately overwhelmed. Waves upon waves of enemies will swarm to your position and you must use every weapon at your disposal to fend them off and rack up a high score in the process.

Up to three players can team up and work together to get a combined high score. Everything in the game is destructible, from the red block enemies to the white buildings around the map. There is an assortment of weapons to pick up and use like the Shotgun, SMG, Bazooka, and laser.

As well weapons, there are other items that can be picked up and used automatically. The turret for example will take up a fixed position and shoot at whatever is close to it. The Force Field will surround you with a protective barrier for a time, and the Nuke will destroy anything within its blast radius.

As you kill your way through enemies, you can level up and unlock skills. Skills are passive buffs that can improve certain abilities like, double ammo, bull doze through buildings and much more. There are 40 different skills after all and it would be to lengthy to list them all.

The enemies that you will face come in different shapes and sizes (literally) from small cubes to towering pyramids. As they all move in to swarm you as their main form offense, there are some that can fire upon you as well. It is worth prioritising taking them out first as they can do some serious damage to you and at a distance.

Destropolis is a relatively simple game by design but it is very engaging to play. As more and more red shapes surround you and try to overwhelm you, your survival instinct kicks in and you just want to blast the merry hell out of everything. Upon defeat, you will want to give it another go and see if you beat your own score and hold out just that little bit longer.

Thank you for reading our EXPlay on Destropolis. We hope that you find it useful in your decision in picking up the game for yourself. While there are a lot of hidden gems on the Nintendo Switch and a fair number of duds, we’ll leave it to you to decide whether a game is for you or not.