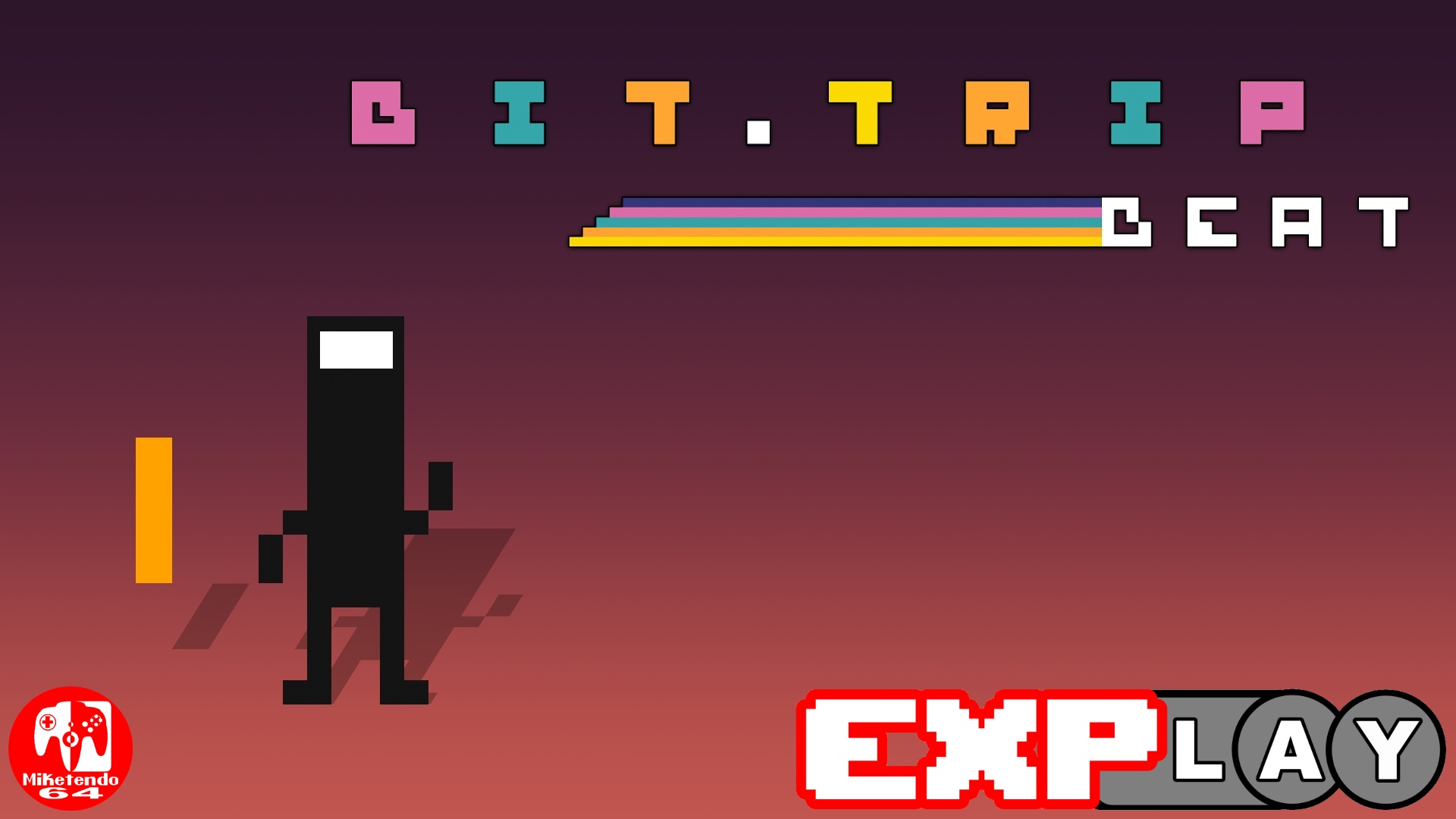 Hey folks, welcome to the feature series we call “EXPlay.” A series of feature articles where we share our experience on games we’ve recently played in the form of written views and captured gameplay footage. In this instalment, we are all about BIT.TRIP BEAT by developer Choice Provisions.

Fast forward to 2020, the BIT.TRIP series is making its Switch debut as all 6 games “make the Switch,” in time for Christmas and first up is the game that started it all, BIT.TRIP BEAT, a pong-like arcade title where players take control of a paddle and have to reflect beats by moving the controller forwards and backwards.

Whilst playing with a Pro Controller can feel a tad awkward, playing with the Joy-Con is the best way to go about it as players must do their very best to get through the game’s three phases: Transition, Descent and Growth.

Each phase consists of multiple parts, with the end of each one featuring rainbow-coloured beats for players to reflect and a boss to defeat. Be it the phase ends with success or defeat, players will have the chance to log their score and just in case you’re wondering why the projectiles you must reflect are called beats, it’s because of the sound they make when they hit your paddle.

Not every beat uses the same movement pattern so players will need to maintain vigilance, work out what they’re doing and move into position, with the more you successfully repel, helping you to get an even better score and stay alive.

The first time the player’s lower bar depletes, the screen will go black and white, with players getting the chance to repel enough beats to return things to normal,m but if the lower metre bar depletes again, it’s game over.

Additionally, there are cutscenes for players to enjoy, each one featuring CommanderVideo, 20 challenges to beat for the players who really want to test their skills and three difficulties to experience. BIT.TRIP is back on Nintendo platforms and it is time to play to the beat or fail trying.

Thank you for reading our EXPlay on BIT.TRIP BEAT. We hope that you find it useful in your decision in picking up the game for yourself. While there are a lot of hidden gems on the Nintendo Switch and a fair number of duds, we’ll leave it to you to decide whether a game is for you or not.