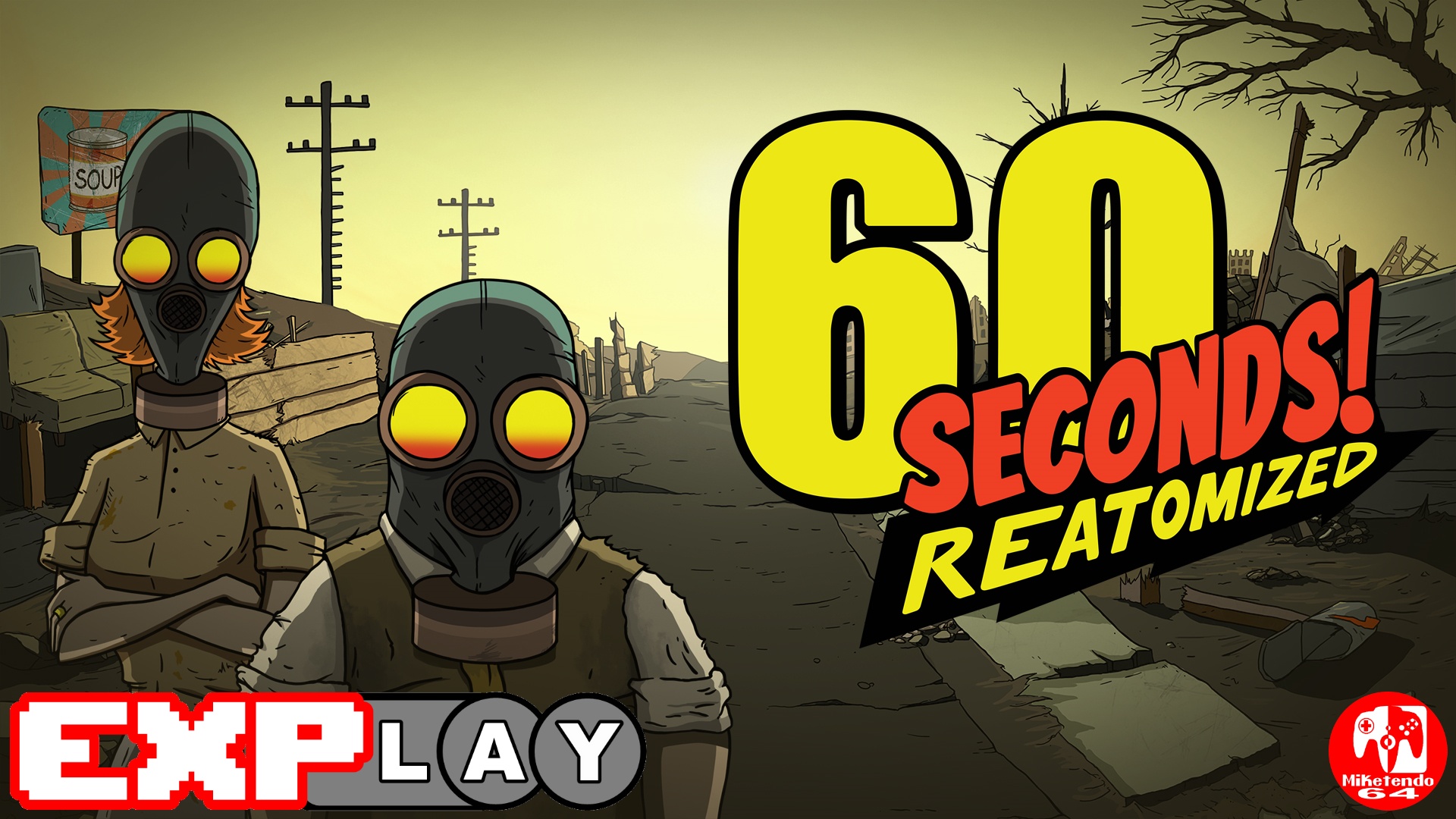 Hey folks, welcome to the feature series we call “EXPlay.” A series of feature articles where we share our experience on games we’ve recently played in the form of written views and captured gameplay footage. In this instalment, we are all about 60 Seconds! Reatomized by developer Robot Gentleman.

Brace yourself for more nuclear shenanigans with the McDoodle family, because developer Robot Gentleman are not finished with them just yet! Despite the original 60 Seconds! releasing back in 2015, it has since been remastered, improved and reborn as 60 Seconds! Reatomized and having already released on other platforms in 2019, it’s finally ready for its Nintendo Switch debut.

For all intents and purposes, 60 Seconds! Reatomized is still the same game it always was. It’s still the same survival game where players have just 60 seconds to explore the McDoodle’s homestead and grab everything they possibly can and bring it to the shelter, along with family members.

Then once the 60 seconds have passed, off into the shelter you go, provided you returned to it within the time limit and shelter life will commence where players must make tactical decisions should they wish to see the McDoodle family survive the nuclear fallout and reach one of the game’s many endings.

Where 60 Seconds! Reatomized differs, however, and earns its “Reatomized” is from the additional work the developers have created for the game which includes a new interactive menu, an improved UI system, refreshed 2D graphics, 4K support, hand-drawn 3D textures and “a technical refresh.”

Still, that’s not all that’s changed as a new gameplay mode is available with Survival Challenges, which offers short, yet unique storylines to test players survival skills, there are new opportunities to escape the wasteland, a relationship system introduced, new achievement and the means to improve the shelter thanks to unlockable visual content.

If you have yet to pick up 60 Seconds! Reatomized, now is the time to do so. The visual improvements might not be overly noticeable at first, but on Switch, this meatier version offers more for the same price the original asks for and requires less space, only requiring 413 MB instead of 2.8 GB.

Thank you for reading our EXPlay on 60 Seconds! Reatomized. We hope that you find it useful in your decision in picking up the game for yourself. While there are a lot of hidden gems on the Nintendo Switch and a fair number of duds, we’ll leave it to you to decide whether a game is for you or not.