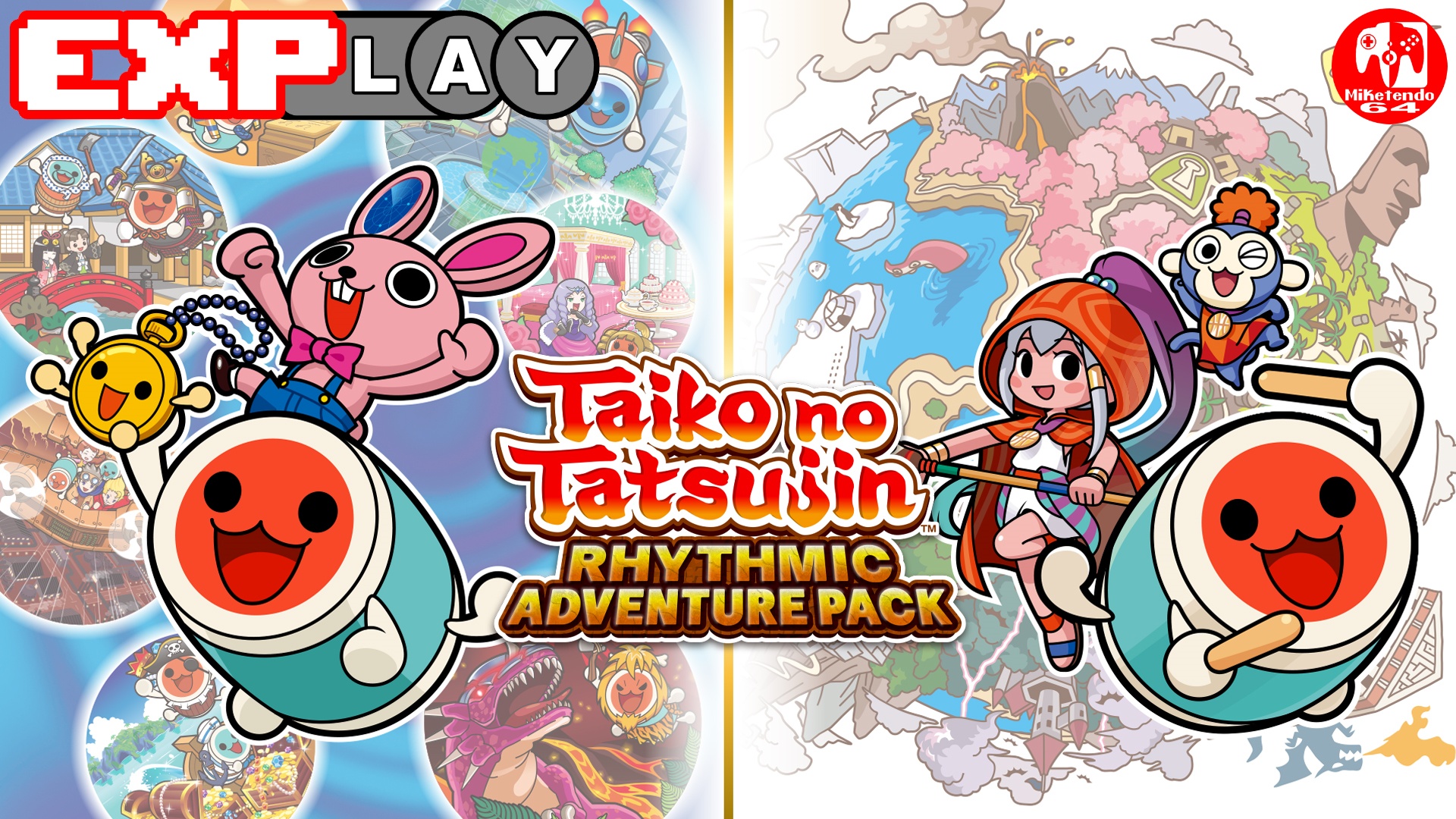 Hey folks, welcome to the feature series we call “EXPlay.” A series of feature articles where we share our experience on games we’ve recently played in the form of written views and captured gameplay footage. In this instalment, we are all about Taiko no Tatsujin: Rhythmic Adventure Pack by Bandai Namco Studios.

Well, as a series dating all the way back to 2001, Taiko no Tatsujin is a rhythm series that has been around for quite some time and has gone on to have an insane amount of popularity, which in turn has enabled it to go on to have many collabs, featuring tracks from animes, other video game series including those from Nintendo, with Splatoon being one of the latest, but there’s also collab costumes, collab characters and the rhythm-driven combat in these RPG offerings, is brilliant.

Better yet, you won’t even need the taiko drum to play along to these games as you easily pick up a Pro Controller, or just pick up your Joy-Con and use them as drumsticks with the technology inside them doing the rest. What’s more, both games appear to be simple RPGs on the surface, but there is actually a surprising amount of depth to them and colourful and playful art style, doesn’t diminish their appeal either.

What’s more, just in case the pack’s two varied story mode journeys aren’t enough to tempt you, players can earn taiko points for more rewards and stamps, increase their ranks and outside of the story mode, players can access the Taiko Mode where they can play any song they have acquired and with each game having more than 60 songs each, there’s more than 130 tracks to experience in this delightful collection.

Thank you for reading our EXPlay on Taiko no Tatsujin: Rhythmic Adventure Pack. We hope that you find it useful in your decision in picking up the game for yourself. While there are a lot of hidden gems on the Nintendo Switch and a fair number of duds, we’ll leave it to you to decide whether a game is for you or not.