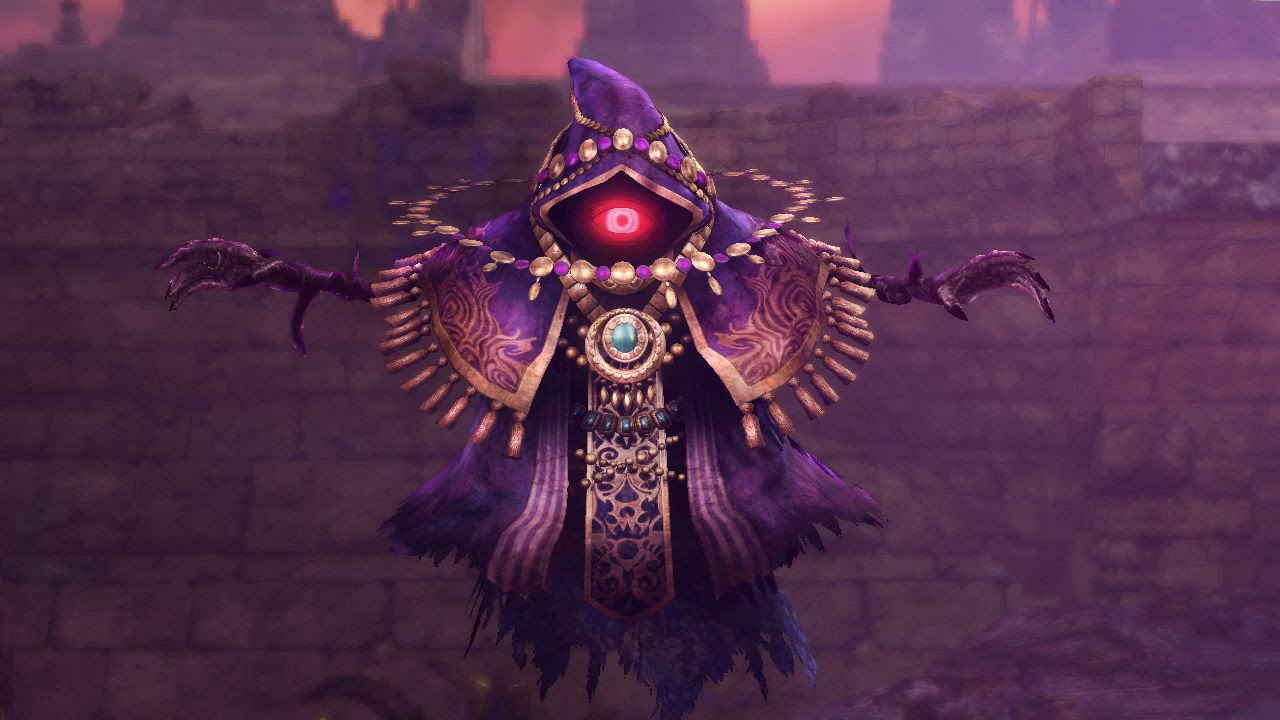 In continuation of this series as part of a mini #ZeldaWeek, it’s time to talk about the twisted wizard!

Best known as being an evil wizard, Wizzro is a wicked force of nature that can not be trusted. He started out as a cursed ring but would later become a full-fledged sorcerer thanks to Cia.

Not only does this maniacal monstrosity possess the ability to shapeshift, but with a deep-rooted pleasure in causing mayhem, chaos and destruction everywhere he goes, he also lacks loyalty.

Don’t get me wrong, he’s happy to serve those with greater power than his own, but as soon as the opportunity arises for him to stab someone in the back, he’ll be there with bells on. You’d think the bells would alarm the intended victim of his presence, but his knife still hits his mark. (Sorry Mark!)

Although Wizzro is another of Hyrule Warriors original characters, players would be right to presume his name is derived from Wizzrobe and that his overall design is based on Wizzrobe enemies as well.

Yet at the same time, his unnerving red-eye, the default purple colouring of his robes and the overall design of said robes, also have a very strong similarity to that of the Poe Collector from Ocarina of Time. Not to mention, Wizzro does like to team up with Poes, a lot.

This is no proof that the two are, in fact, one and the same, but just in case, from this point on, I’m going to personally refer to that former guide as Edgar Allen.

By no means is Wizzro a favourite character of mine to use in battle, as I don’t have a lot of patience for him. His move-set is interesting and his combos can deal some serious damage, but compared to what Cia and Skull Kid have to offer, Wizzro can be a tad disappointment.

I always found completing missions that required him specifically, to be a chore, rather than a pleasure. So, sorry Wizzro, you honestly was a better enemy than you are an ally and on this one, I’m ringing the bell.

If you enjoyed learning about Wizzro, we hope you’ll join us again tomorrow for the final instalment of The Other Hyrule Warriors!