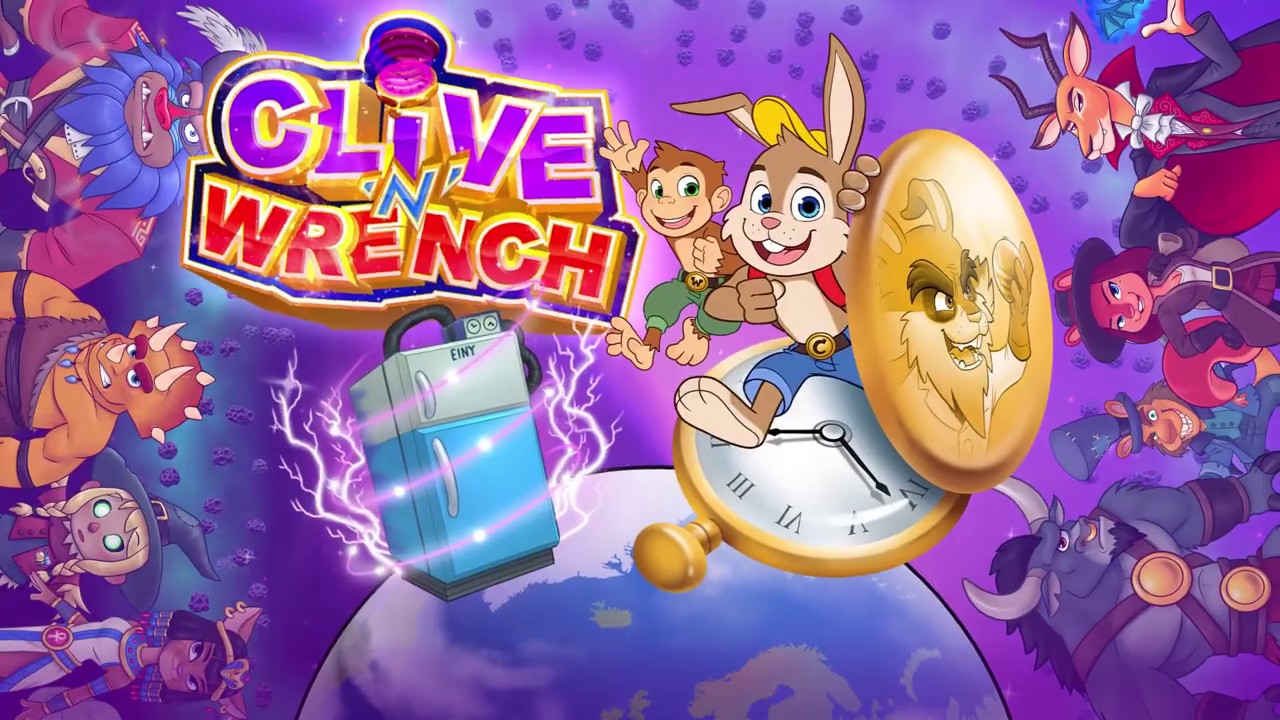 Nintendo UK has shared a new gameplay trailer for Clive ‘N’ Wrench. Developed by Dinosaur Byte and published by Numskull Games, Clive ‘N’ Wrench is a 3D platformer inspired by the 3D Platformers of the 90’s like Banjo Kazooie, Crash Bandicoot, and Spyro the Dragon. The game will be releasing on Nintendo Switch sometime in 2021.

You can check out the new gameplay trailer below. Yooka Laylee’s snakey salesman Trowser also makes a cameo appearance.

Clive ‘N‘ Wrench is a 3D platformer centered around Clive, a rabbit, and Wrench, the literal monkey on his back. Your adventure will take you through time and space in a 1950’s fridge, all on a quest to to undo Clive’s cousin Nancy’s mistake and ultimately thwart the tyrannical Dr Daucus.