Drawn To Life: Two Realms Coming To Switch This December 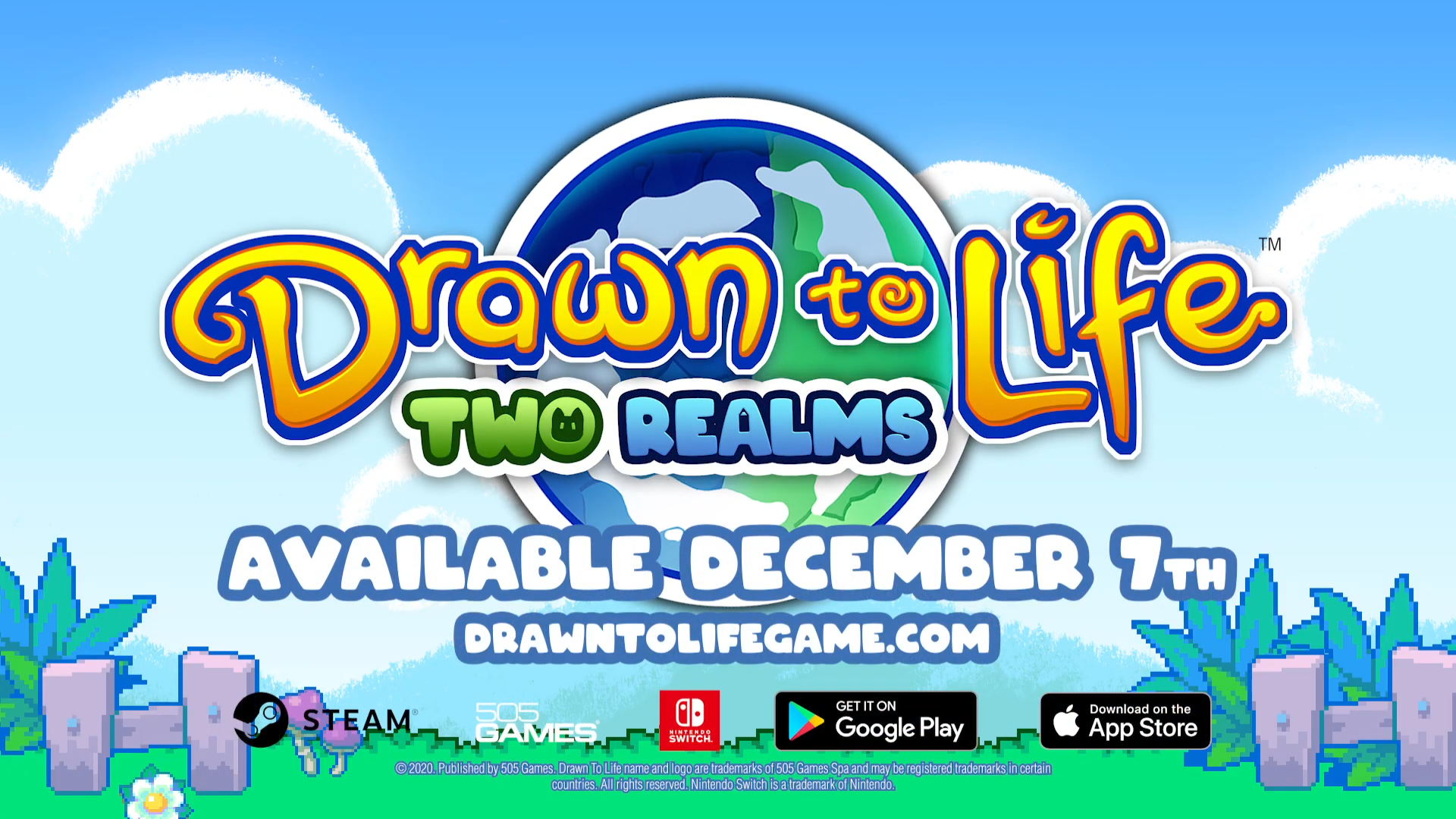 Drawn To Life is getting a sequel on Nintendo Switch, Steam, and mobile platforms titled Drawn To Life: Two Realms. The game is scheduled to release on December 7th and will be available to purchase Digitally on each respective platforms’ digital store front.

If you would like to know more about Drawn to Life: Two Realms, be sure to check out the official announcement and game trailer below.

CALABASAS, CALIF. – November 5, 2020 – A new generation of gamers can soon experience the magic of endless possibilities with Drawn to Life: Two Realms, a revitalization of the beloved franchise and modern continuation of the series from publisher 505 Games and developer Digital Continue. The all-new action-adventure platformer is bringing classic puzzle gameplay along with new abilities and tools to PC Steam and Nintendo Switch for $9.99; iOS and Android for $4.99 on Monday, Dec. 7.

The game will be released digital only on all platforms and is now available to wishlist on Steam.

“We’re unearthing the beloved and groundbreaking Drawn to Life franchise with a new version created for a new generation of gamers and platforms,” said Neil Ralley, president, 505 Games. “It’s been over a decade since the previous title so we can’t wait for new players and long-time fans to get their hands on Drawn to Life: Two Realms just in time for the holidays – the perfect opportunity for older fans with families to share an old favorite with their kids.”

The game implements a new creative toy placement mechanic that lets players position tangible toys around levels in-game to help their hero traverse and complete platforming goals. A brand-new Creation Tool expands the creative possibility with millions of colors, unique stickers, templates, new hero animations, and a mix and match look to truly bring imagination to life! Unlock additional Stickers to further customize and save out your unique Hero looks via the new “Outfit System”.

Drawn to Life: Two Realms picks up several years after the end of Drawn to Life: The Next Chapter. Reconnect with Mari, Jowee and all your favorite characters as you travel between the Raposa and Human realms to uncover the mystery of the shadow. The action-adventure platformer includes dozens of unique toys, over 100 Imagination Battles and 70-plus Humans and Raposa to interact with. Players can toy around with millions of colors and dozens of unique stickers that unlock endless hours of customization to accompany their journey to explore and save the world from the Shadow!

The latest instalment of the Drawn to Life series is brought to life by many of the original developers. Over 50 new music tracks from the original franchise composer are featured, a lush 2D world from the renowned original sprite artist, and continued story presented by the original Executive Producer of Drawn to Life, and Drawn to Life: The Next Chapter.