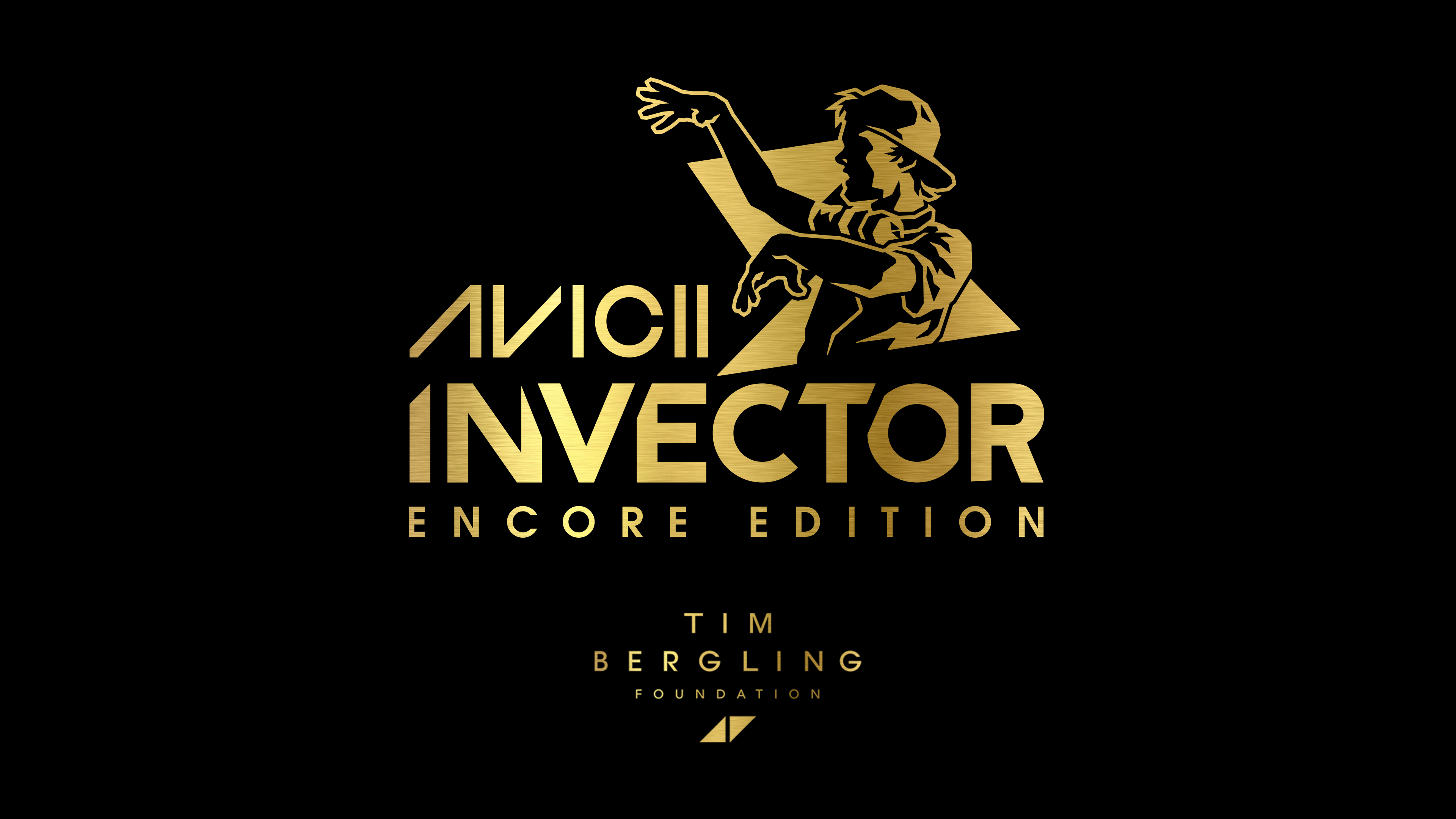 If you are a frequent listener to music, then you will no doubt have heard of Tim Bergling AKA AVICII. The Swedish DJ has produced some of the most iconic music tracks of this generation and has multiple Number One hits with the likes of I Could Be The One”, Levels, Addicted To You, Hey Brother, and SOS.

AVICII Invector (previously titled “Invector”) was developed by Hello There Games and came into being thanks to the collaboration of AVICII before his death in 2018. It was first released on PS4 and Xbox One back in 2019 and featured 25 tracks. The new AVICII Invector Encore Edition released alongside the Switch version included 10 extra tracks available to purchase separately in two DLC packs, bringing the total of songs to 35.

AVICII Invector and AVICII Invector Encore Edition is not the kind of game that requires a plot to drive its gameplay. However, it does feature a subplot of sorts with a young woman piloting a small spacecraft. She is traveling across different worlds in search of a chocolate bar but her ship is constantly breaking down.

At first appearance, it isn’t a terrific storyline and seems to have no real relevance with the gameplay itself other than it features the spacecraft. If you look a little closer, however, you start to discover that perhaps when it refers to the spacecraft constantly “breaking down” it isn’t so much about the ship itself but rather subtext referring to mental instability.

While I could be reading into something that isn’t actually there, AVICII Invector is in fact in collaboration with the mental health organization Safe In Our World. AVICII himself also struggled with mental health issues and was one of the reasons his family founded the Tim Bergling Foundation, to help those with mental illnesses and the prevention of suicide.

AVICII Invector is a fast-paced, heart-pounding rhythm game in which you ride along a single track and must press a series of buttons in tune to the music when prompted on-screen. You earn points for every time you press the right buttons at the right time and can earn even more points, the closer you are on the prompts.

As well as pressing the A, B, X, Y buttons at the right time, you also have to use the Joystick when prompted too. The Joystick moves your spacecraft on the screen to the left and to the right. On harder difficulty stages, there are even times where you need to move your ship quickly without prompts so don’t always rely on the prompts to tell you where you need to be at all times.

At some point during each song’s stage, you will be taken off track and can “free-fly” your spacecraft for a portion of the song. For this part, instead of pressing buttons in time, you must navigate your craft through the pink rings that appear on the screen. If you have been building up a combo or ‘streak’, you will need to fly through the rings successfully to maintain it or you will lose it.

When you begin playing, you will only have the first world with four song stages available to play (with the exception of the songs that you purchased via DLC). You have to beat all the song stages in the current world with a required minimum percentage in order to progress onto the next world and its available song stages.

If you find the gameplay too challenging or not enough, there are four difficulty modes to choose from; Beginner, Easy, Medium, and Hard. With each increasing difficulty, a new button prompt is integrated into the gameplay. For example, on Beginner difficulty, you will only have to use the L and B button for the most part of each song. On Hard Difficulty, you will be swapping between A, B, X, Y like your life depends on it.

When you beat a stage, you will receive points and a rank between F to S+ depending on how well you did. Your high score will then be shared on the Global Leaderboards. Only the top 9 players are shown with their score on each song along with your name in the listed at the bottom if you didn’t rank any higher.

AVICII Invector and AVICII Invector Encore Edition are not exactly content heavy. So, yes there are 25-35 songs that, sure, are more than enough to listen to and play (there is also a special 8-bit version of the Wake Me Up song stage to play as well). As for different game modes, there are only two – Single Player and Multiplayer.

As you can imagine, Single Player is for solo play and Multiplayer is for up to four players to play together via split-screen. Much like solo play, for Multiplayer mode, the aim is to get the most points than the other players. This means trying to maintain streaks for longer and getting as many Perfects as possible.

I feel that there is a missed opportunity in not having a standard music player function available. I love the music and the gameplay is fun but if there was a music player mode where I could listen to the songs without having to play. I could set up my Switch to play the music and I could work on my computer or do other stuff around the house without having to pause every three minutes to change a track.

The audio for AVICII Invector is pretty much what you would expect. All of the tracks are Avicii songs that he has created throughout his career. If you enjoy listening to his music, then you will have no problem playing a game that features his songs. If you are not a fan of Avicii, you probably won’t enjoy this game unless you like challenging rhythm games.

All 35 songs with the exception of the 8-bit theme of “Wake Me Up” include vocals so it is not like it is only the instrumental version you have to work with. This helps in a way because you can interpret the audio cues for when you need to press a particular button much quicker than you can see the physical cues.

Aside from the vocals in the songs, the pilot herself is also fully voiced in her cutscenes. This is a nice touch as the ‘conversation’ between the pilot and her ship would not have made much sense, as you’d be like “who is she talking to?”

AVICII Invector has a rather interesting visual design that blends the colorful neon lights of a night club disco concert with a cartoon backdrop. The cutscenes themselves are also presented like moving images in a living comic book. The lighting effects when you correctly press the right button on time are very vibrant and colorful. It also reinforces your desire to get as many correct as possible to keep the light show going.

It is important to mention that because the game features flashing lights and strobing effects, it may cause be epileptic seizures in some people. If you are susceptible to fits, you may want to see how you get on with the free demo of AVICII Invector before to jump into with both feet for the full game.

When it comes to performance, AVICII Invector Encore Edition is seamless on Switch. There are no frame rate drops to be found (at least not on my playthrough) and the resolution is spot on, both in handheld mode and docked. The game does handle very well on Nintendo Switch. While it may not be 4K, it still looks beautiful on the hybrid console.

I am not really a fan of rhythm games and I usually avoid them like the plague. AVICII Invector Encore Edition, however, caught my attention because I am a fan of his music. The gameplay does take a while to get used to. Fortunately, the slowly increasing difficulty arc within each difficulty mode helps players get to grips with the gameplay and gradually builds them up for the next track.

That said, I may not be an expert at playing the game yet but I do enjoy listening to the music, even if I am playing my absolute worst. If you are like me and are not very good at rhythm games but enjoy Avicii’s music, you will still enjoy yourself when playing AVICII Invector Encore Edition. If you are looking for a rhythm game that will truly test your coordination and responsiveness, this game is certainly for you too.

I particularly like that once I have beaten a world on one difficulty, I can immediately play the new world and its tracks across the other difficulties, regardless of the difficulty I beat the previous world on. All the songs are the same throughout each difficulty and the only difference is the variety of button prompts increase as the difficulty increases. So, with the option to play any song on any difficulty once unlocked is very player-friendly and much appreciated.

As mentioned before, I would have liked a Music Player mode so I could enjoy the music even when I am not playing. It may seem like a silly thing to talk about when I could simply play any song I like on my smartphone or PC, but if the likes of Super Smash Bros. Ultimate or Super Mario 3D All-Stars can have a music player mode, then a game all about music should be able to have the mode too.

At the risk of getting into Trouble, I must wear my Heart Upon My Sleeve and say that I am a True Believer of AVICII Invector Encore Edition. I Could Be The One that enjoys this game (and you can too) but it certainly gives me Peace of Mind knowing that I can play it on my Nintendo Switch.