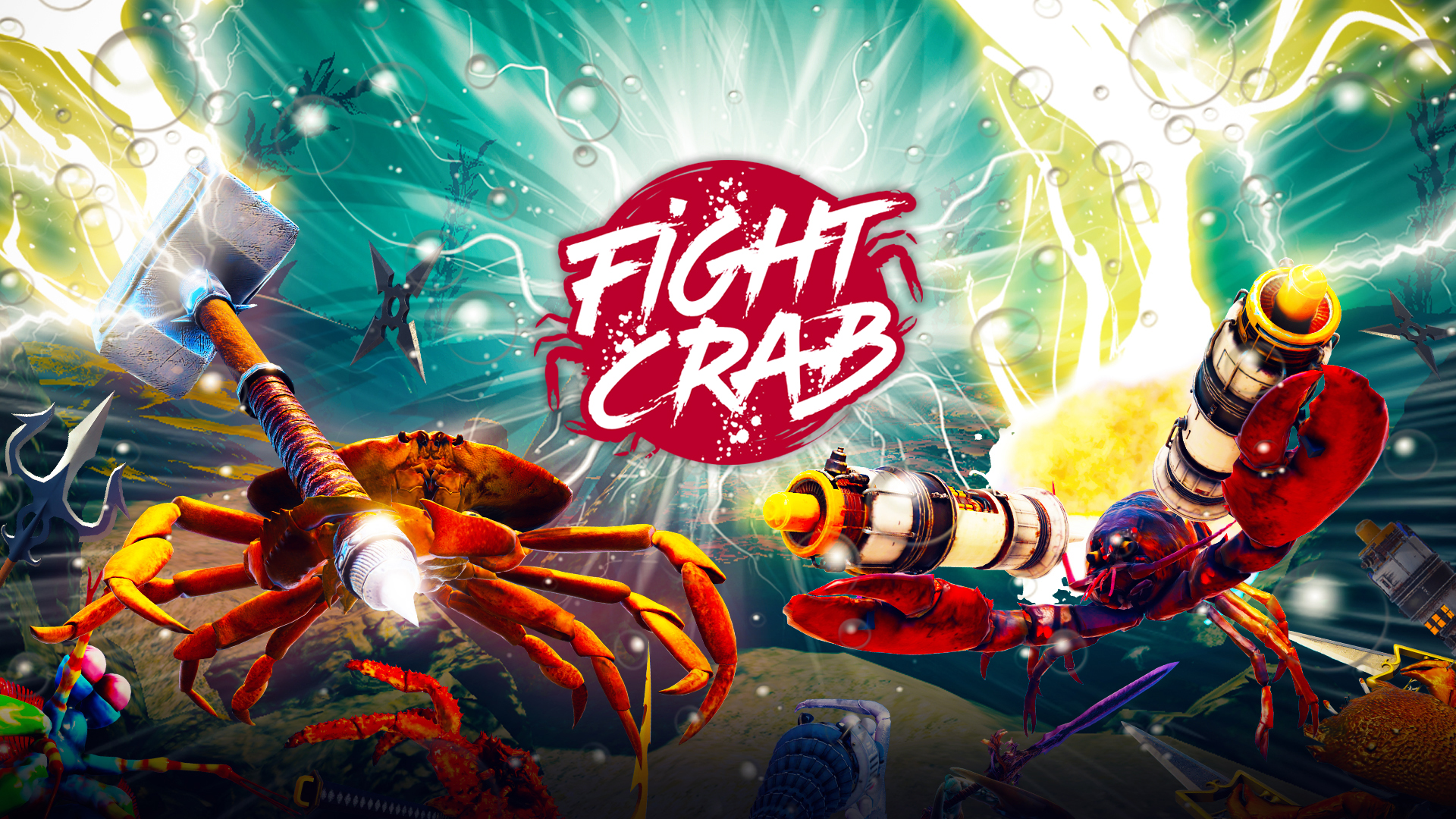 Welcome to the fighting 3D action game you never asked for, which might just leave you feeling crabby. Developed by Japanese indie developer Calappa Games, there is a reason why Fight Crab might make you think of Ace of Seafood, they both have developer Masafumi Onuki in common and as for its bizarre concept, it draws inspiration from Kaiju movies, Star Wars and even Sekiro: Shadows Die Twice.

Story-wise, Crab Fight has no story. There is no reason given as to why these aquatic denizens are fighting one another, but that doesn’t mean you can’t conjure up some sort of Highlander scenario in your head, where crustaceans must face-off against one another, until there is only one standing. That’s what I did and I never stopped laughing. “I am Crabby MacLeod of the clan MacLeod and I am an Immortal.”

As a fighting game, Fight Crab is all about crustaceans battling it out to be the last crab, or lobster, standing. You’re not trying to kill your opponent but are required to flip them on their back and have them remain there for three seconds.

If they manage to get up, the battle continues, but if they don’t, one of two things will happen, either victory is yours, or the next wave will now begin. For a quicker means of victory, depending on the area, you can force your opposition off an edge/table, for an instant KO. Just be careful you don’t fall off the table yourself.

Still, it’s the controls themselves that are the true highlight. On Switch, the left analog stick is used to control the left arm, whereas the right stick controls the right arm. Thanks to this feature, players can move each arm on their own and use the likes of ZL to swipe with the left claw or ZR to strike with the right.

As for shielding, that’s where the R and L buttons come into play. Players can also go on to grab their enemy, in an effort to snatch any weapon they’re wielding and take it from them, or pick up objects to hit them with. The more you hit them, the more damage you can administer and the more likely you are to be able to knock them over, regardless of their size.

Players can use the right and left analog sticks to turn the camera, grab hold of enemy pincers and claws when the enemy is guarded and all movement is taken care of via the directional buttons. Press in the direction twice to dash or turn both analog sticks together to turn around quickly.

The further you progress, the more you’ll unlock, including new techniques you can learn such as Hyper Mode, a mode where when you sustain enough damage, you can essentially go Super Saiyan for 15 seconds and there are even Hyper Skills for players to learn, with one being a crustacean version of Goku’ Kamehameha!

While the battle themselves occupy the majority of gameplay, fighting through the game’s campaign mode awards players with money, which can be used to buy new crabs, new weapons, or just level up to boost your stats.

Whatever you do, when purchasing weapons, remember to equip them before starting your next fight and that in campaign mode, if you wish to have a certain weapon in both claws, you will need to buy two of them and if you have a crab backing you up, they’ll need copies of the same weapons as well. Of course, online co-op is available for those who wish to use it during the campaign.

Fight Crab’s bread and butter is its campaign mode. It features 34 stages that make up the game’s 7 chapters, with each stage being harder than the last. One minute you can be facing down against just the one crab, and the next second, you could be facing two, or a big bad boss who can blast you across the arena, making you ask, “what the shell is going on?”

Should you fail a level, players have the option of trying again with assistance, which can include the like of a crab riding on an aeroplane that will shoot the opposition. There are various unlockables in the form of news skills & techniques, as well as crabs and weapons that you must purchase.

Don’t go wasting your money willy-nilly though as buying a new crab, does mean paying to level it up, just to get it to the standard you need it to be at, to survive your current stage/preferred gameplay difficulty. There’s also a fun little photo mode for those wishing to use it, which is accessed during gameplay.

For players just looking to chill, however, they are welcome to enjoy the game’s online mode where they can play against others or even settle for some local gameplay against friends, in battles of 1-on-1 or 2-on-2.

With versus, players can choose between doing 1, 3 or 5 rounds, enabling Hyper Mode and choose whether or not they want a time limit. You’ll also have a larger selection of crustaceans and weaponry, compared to the campaign where you have next to nothing when you start. Of course, you can also just battle against CPU if you’d prefer.

Like Calappa Games have done in the past, for Fight Crab, they teamed up with DEKU for the soundtrack. Consisting of 14 tracks, with titles such as Knight Crab, Boil to Alive, Infinity War, Kaiju and Crab Pulsar (SuperNova mix), the soundtrack has an interesting variety, intended to help get the blood pumping and put the player in a crab defeating mood.

These adrenaline-inducing tracks won’t be to everyone’s tastes, but they get the job done and some of the songs, even have lyrics about red crabs being delicious and the singer wanting to eat. (The lyrics are in Japanese, of course.)

When it comes to Fight Crabs visuals, it’s definitely a mixed bag of pros and cons. One pro is the variety of crustaceans. Featuring real-world crabs, lobster and shrimp, there are 23 different types and players are even welcome to change their colours as well, thanks to in-game colour alternatives.

Then there’s the different type of weaponry you can use. There are 48 different types, which include swords, daggers, a revolver, two different kind of lightsabres and even a halberd. You can also pick up the likes of a dead crab, a palm tree or even a car, and use that to pummel the opposition.

There’s definitely a lot of creativity at play, especially when you turn your attention to the 11 different battle arenas. While they aren’t overly bad to look at as some of their layouts are well designed, a lot of the time, the arenas just don’t look right when combined with the realistic-looking crustaceans.

Having said that, at least the performance of the game is consistent all the way through, ensuring the crazy fights to go uninterrupted by problematic framerate but, bugs can be encountered, especially when you fall to your doom, but the level is not yet over and you’re presented with an interesting view.

As a demonstration of just how much fun Fight Crab can be, imagine playing it with a partner or a friend. I chose a lobster and she opted for a King Crab. She had size to her advantage, but when it came down to the combat, I was able to walk straight under her legs and deal a great amount of damage, whereas she could only just scrape my hardened exterior.

She didn’t win a single match, but we laughed nonstop for fifteen minutes over just how insane a concept this game has, and how fun it is. It’s certainly not for everyone and it’s not going to be the only game we play for the rest of our lives, but we enjoyed it nonetheless and will never forget it in a hurry.

While the arcade-like menus and background visuals might be visually unappealing to most, there can be no denying Fight Crab is a crab claw platter full of content and fun. It’s a bizarre idea that works well, with creative controls that make it hard to put down. Just because it’s not a must-have game, it doesn’t mean you shouldn’t play it at least once.