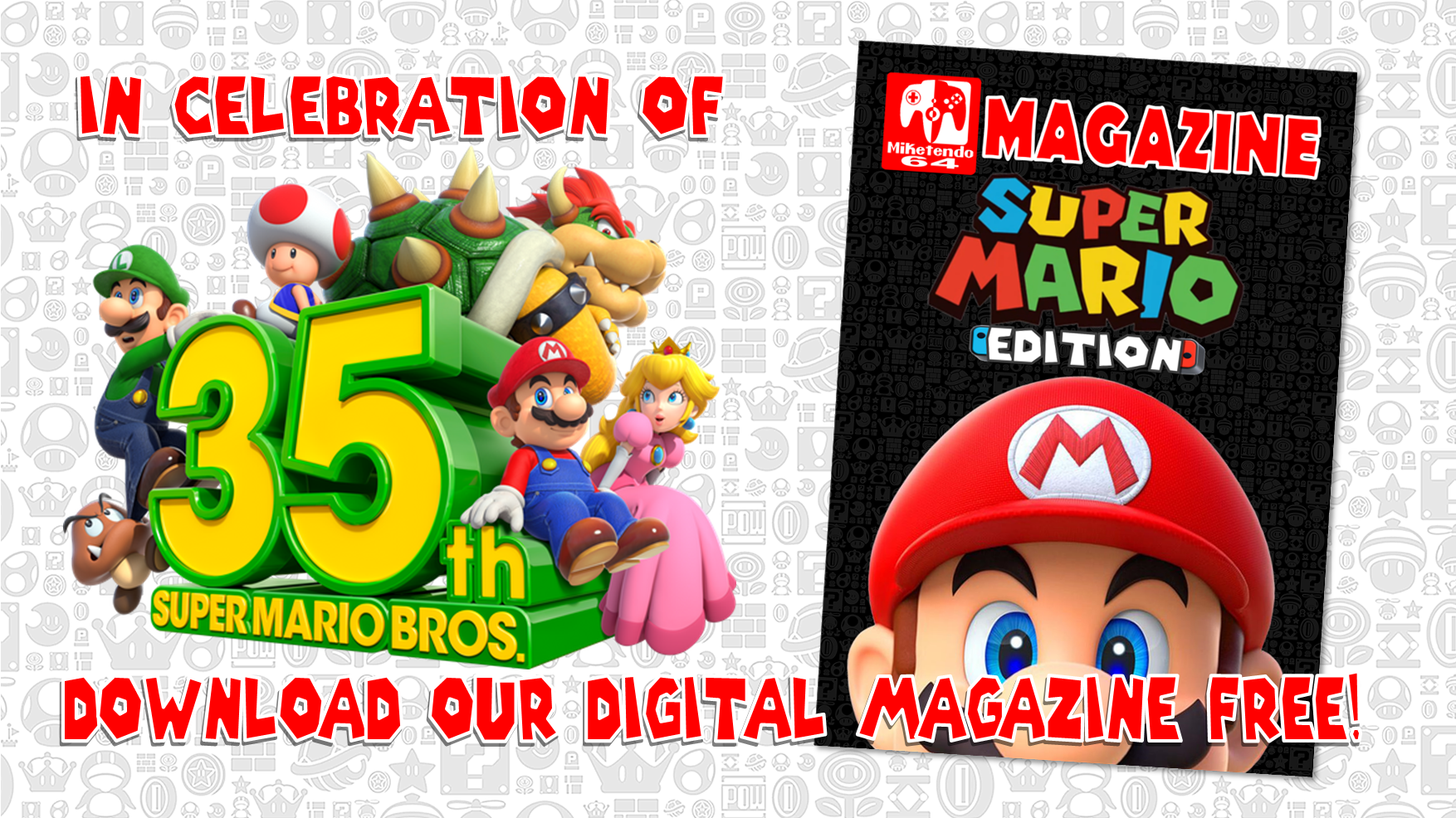 The moment we have been waiting for is here! Allow us to present M64 Magazine – Super Mario Edition.

Over the last 5 days, a select few of us have been working on a secret project that was meant to be ready for the release of Super Mario 3D All Stars on September 18, 2020.

However, because we were super excited to be working on the project, we managed to pull out all of the stops and get it ready in time for Super Mario Bros. 35th Anniversary on September 13, 2020.

We can reveal that our project was none other than a free-to-download, 46-page Digital Magazine, full or articles and reviews covering the many Super Mario games that can be played on Nintendo Switch.

The M64 Magazine – Super Mario Edition can be viewed online in PDF format below. You can use the following links to take you to a separate tab on your browser. The magazine can be downloaded to your devices for offline reading.

Here is a sample from the M64 Magazine – Super Mario Edition to whet your appetite of our digital magazine.

Hello and welcome to M64 Magazine! For a long time now, those of us at Miketendo64 have harboured the desire of launching our own magazine and while we’re not quite at that point yet, with Mario celebrating his 35th anniversary, how could we not try dipping our toes into the water and seeing what we can throw together?

So, on September 9, 2020 Miketendo64 bosses Jack and Mike put their heads together and endeavoured to see what kind of a magazine they could create in just 10 short days. This magazine you read now, is the result of their hard work, along with the assistance of their team.

Thus, we hope you will enjoy our free-to-download magazine, as we take you on a stroll through the adventures of Mario on the Nintendo Switch, as we cover his past, his present, his future and a whole Switch load of his numerous appearances!

Note: All images in this magazine are official press assets from Nintendo with the exception of those provided by Cptn Alex of Comic Controllers. We do not own nor claim to own any of the visual media in this magazine.

All articles are unique works for this publication penned by writers of the Miketendo64 Team and edited by Chris Brandrick. As regards to “Game Details”, they are official press descriptions written by Nintendo.

The publication of this magazine is not for profit or reward. We do not earn anything for publishing or distributing this free-to-download magazine.

We sincerely hope that you enjoy our little magazine and find it of interest. While it may not be the most lavish or highly professional, it was a passion project that we were glad to get off the ground.

It is not necessarily something we are looking to branch into full-time due to other commitments, but we may do a similar project next year in time for another anniversary of a well-known video game franchise.

Please let us know what you think of the eMagazine and what we could do to make the next one even better.

As our first attempt, we are bound to overlook some mistakes but with your help, we can use the feedback to make the next issue that much better and feel free to share the magazine with all your friends as the magazine is free for everyone!

As always, until next time, Keep On Gaming and Happy Anniversary Mario!