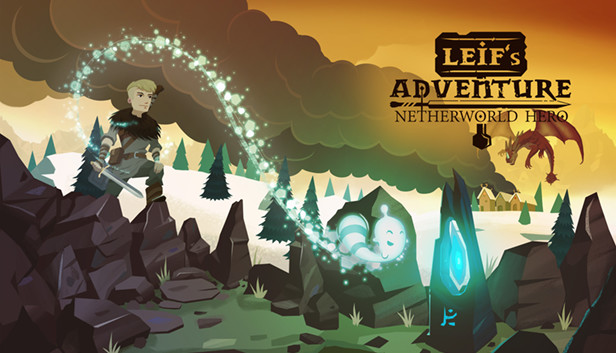 Leif’s Adventure: Netherworld Hero To Come To Switch In 2021

If you have yet to see a trailer for the game, you can check it out below.

A boy never meant to be a hero, learns that pure strength is not always the answer! Guide two completely different characters through the adventure of their lifetime and witness how bonding is a powerful source to overcome any obstacle! The game’s story mode can be played in either solo or coop mode.

Leif is haunted by the nightmares of his past. In his dreams he relives his mother’s tragic death. A father struck with grief and unable to let go of his wife. An older brother, the seasoned warrior that everyone looks up to. Leif feels small in the shadow of his older brother. Will he ever be able to overcome his fears and be as brave as him?

When Leif’s village is attacked by Phantom Warriors, he is sent to find his older brother for help. But he is too late. In horror he witnesses as his brother is struck down and dragged down a portal to another world. Leif tries to run after him and is himself transported to the Netherworld.

Without the guidance of his father and older brother, Leif must take it upon himself to fight and survive in this new world. But he will not be alone for long. He gets unexpected help from a supernatural friend, a headstrong ghost with a mind of its own. Leif rescues the supernatural being from certain death. The ghost is now bound to Leif as he owes his life to him. Together these unlikely friends fight dragons, hordes of skeletons and unimaginable nightmares of the Netherworld.
Eventually Leif must not only overcome the nightmares of the Netherworld, but the nightmares of the past that have haunted him for so long.

Will you join him and his supernatural friend on his quest through the Netherworld to fight his way back to his village? Face the dangers of the Netherworld on your own or brace them together with a friend in the co-op mode.

Source: One Man On Mars PR