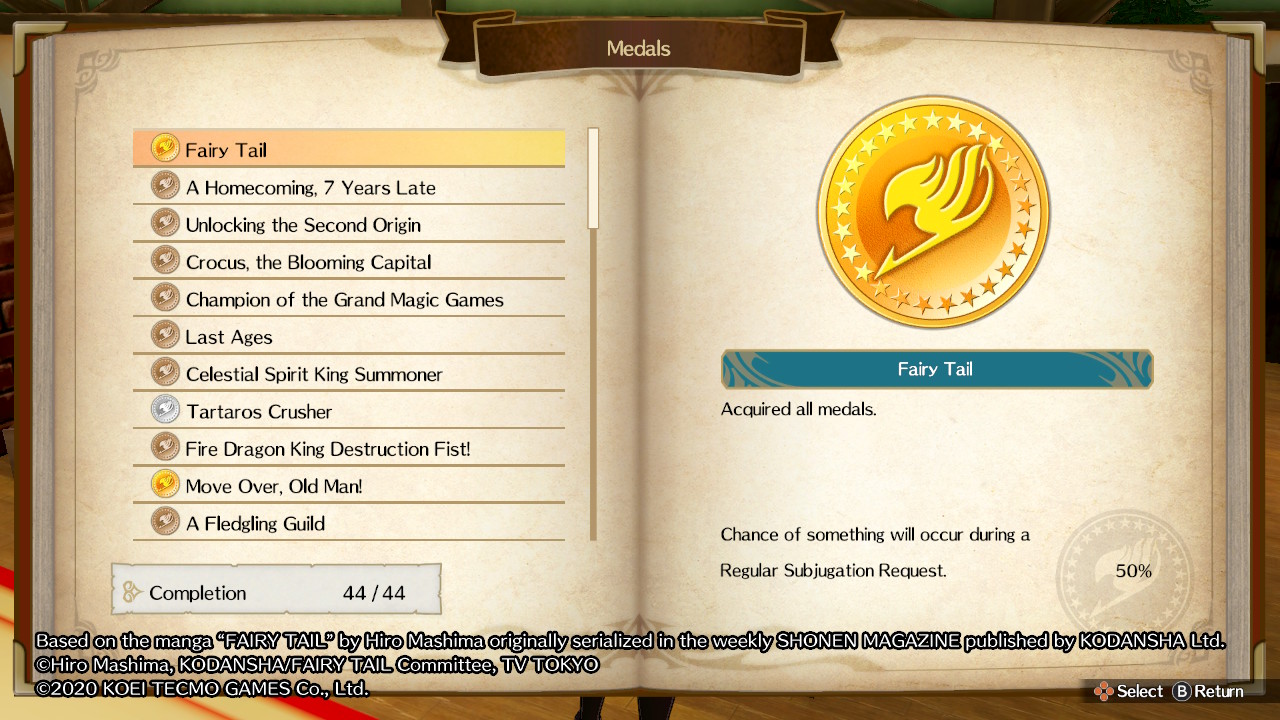 In continuation of our efforts to celebrate all things FAIRY TAIL on the site, we’re moving away from Gallery articles and now focusing on guides. In this piece, we’re covering the game’s 44 available medals for players to unlock and listing them all right here: