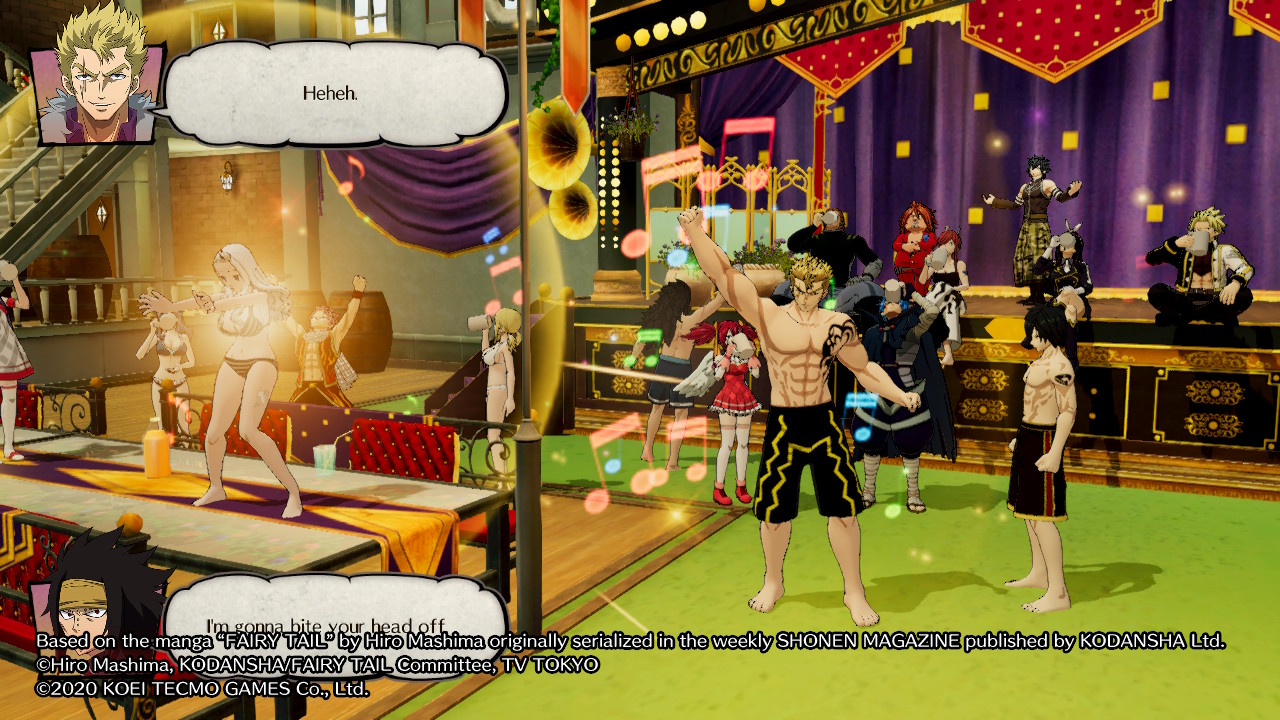 [Guide] FAIRY TAIL Bond Guide (What is Bonding? How to Bond & Bonding Benefits)

At long last FAIRY TAIL is here and it is time to embark on an epic quest with Natsu and friends and in this guide, we’re covering all things bonding related. Let’s get started?

Section 1: What is Bonding and Why does it Matter?

Bonding is the act of your preferred characters getting closer during your time spent in Fiore, whilst completing requests. By bonding, players can increase the Bond Rank between characters, earning themselves Magic Chain benefits.

What’s more, certain characters, as well as their Bond Rank being increased, you can unlock Bond Dialogue as well.

Section 2: How many Bond Ranks are there?

There is a total of 3 levels of Bond Rank and all 16 (base game) characters can acheive Bond Rank level 3 with each other.

Section 3: What are the Magic Chain Benefits to Bond Rank?

The Magic Chain Benefits are as follows:

Section 4: How Many Bond Dialogue Conversations are there?

There are a total of 173 Bond Dialogues in the base game. All Fairy Tail guild members have them, with some having them with non-guild members such as Natsu & Rogue, Erza & Kagura and Wendy & Sherria.

Section 5: How do I Bond Characters and Level Up?

To bond, players must assemble a team of their preferred characters and undertake requests. Different requests and different difficulty requests can cause characters to bond faster and once enough bonding has occurred, you can encounter them in the likes of Magnolia and Crocus, depending on where your Guild is based at that moment of time.

Characters ready to rank up can easily be spotted via a quick look at the map and they will have one of two bubbles above your head. If your lead character is the one the other characters wish to speak to, they will have a white bubble above their head, with a musical note in it. If you’re not, the bubble above their head will feature the face of the character they wish to talk to.

Talking to them will cause your lead character and the one you’re speaking to, to rank up and, provided there is bond dialogue for them, it will also play out and if accidentally skipped, can be viewed via the Gallery in Lucy’s House at any time.

Section 6: Are there any other ways to Bond?

Once players have proceeded far enough into the game that your guild can have its very own swimming pool, you’ll soon unlock Link Party and with it, the means to host a party inside your guild, for as many characters as you want.

The only catch is, the only characters able to attend your party, are those who are playable so unless you have all 16 (base game) characters, you will not be able to invite them. You will also need to pay for the privilege, with inviting 16 characters requiring 8,000 Jewels.

The other catch, is that although Link Party is a perfect way to get all of your characters to bond with each other, the downside is, it offers a little amount in terms of bonding, so whereas some S-Class requests can offer 5 Bond Points, Link Party only offers 1, however, more often or not, you can host at least 10 Link Parties in the time it takes you to do that 1 S-Class request, so far a faster way of bonding with everyone, this is the way to go.

Section 7: Is there a Way of Checking the Bond levels between Players

When customising your team, by cycling through the menu of each character, there is a screen dedicated to the state of their bonds with the members on your current teams. It will tell you what level they’re currently at and how close they are to levelling up.