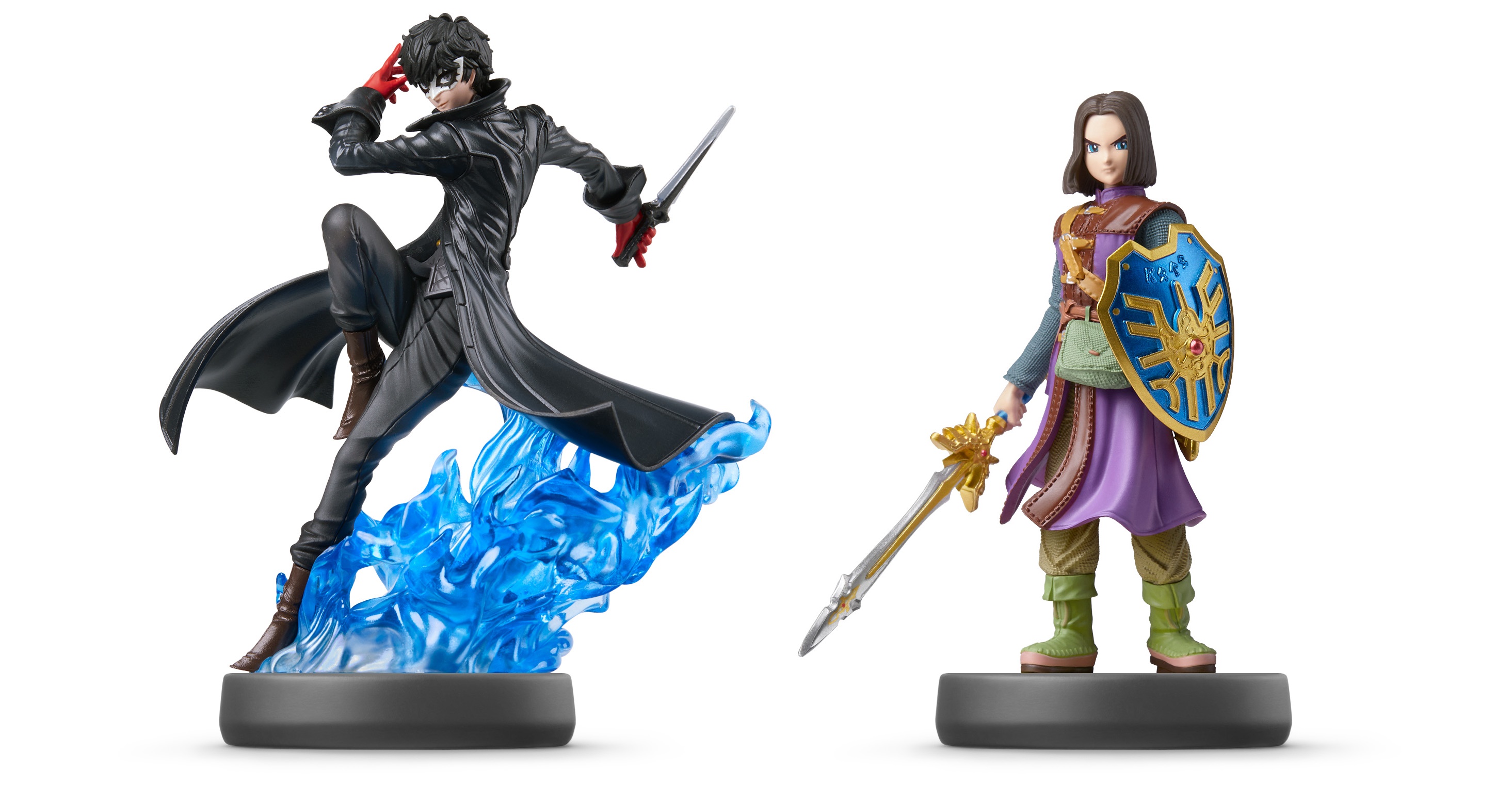 For anyone who missed the Smash Bros. Ultimate Livestream with Masahiro Sakurai, as well as the reveal for Min Min as the new Fighter joining Smash. Sakurai also revealed information on the new range of amiibo coming this Fall. Both Joker from the Persona series and Hero from Dragon Quest will be getting their own amiibo.

The Joker & Hero amiibo art and box art have been shared to press and we have them in a Gallery for you to check out below.