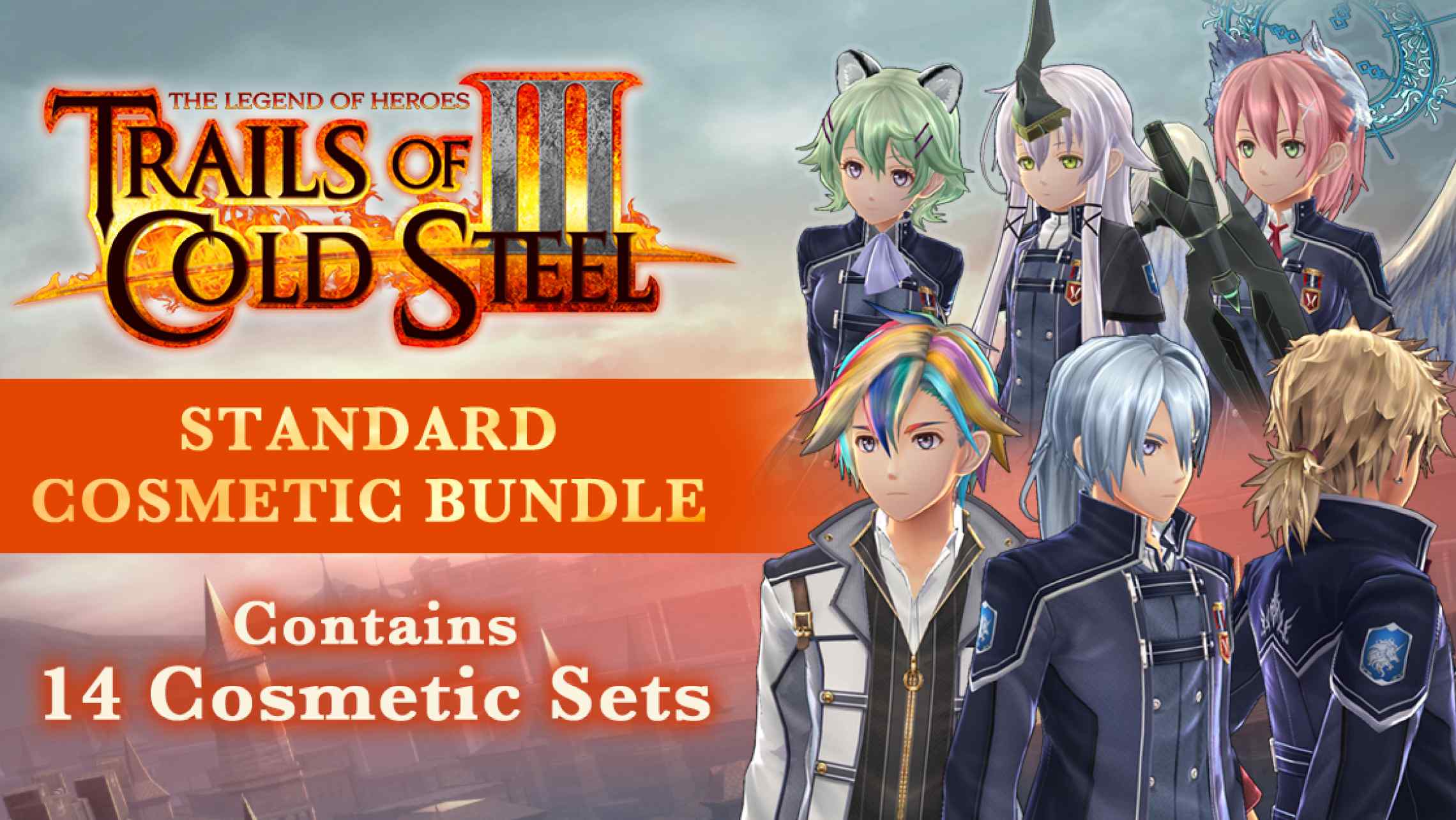 [Feature] A Friendly Reminder of all the DLC Goodness that Awaits with The Legend of Heroes: Trails of Cold Steel III

While those in Japan can currently enjoy The Legend of Heroes: Trails of Cold Steel III, this very minute on the Nintendo Switch, for those of us in Europe and North America, we have to wait until June 30, 2020.

Thankfully, the RPG community has Xenoblade Chronicles: Definitive Edition to tide over in the meantime, but in anticipation of the forthcoming release, we wanted to take this moment to highlight the DLC the Switch version will have and provide you with the details you could possibly need to know.

First things first, Trails of Cold Steel III Extracurricular Edition for the Nintendo Switch, actually comes with a download code to be redeemed in the eShop, which gifts players with the Standard Cosmetic Bundle, a DLC pack that offers 14 items, which you can read up on, right here:

There is also a further 26 cosmetic items that are available with the Nintendo Switch version, which can “be claimed from the DLC tab on the Item page. After obtaining the items, they can be equipped from the Costume page on the Camp menu.” The full list is as follows:

*From the publisher: “You can get the Extracurricular Edition as part of the Thors Academy Edition for Nintendo Switch™ along with an arsenal of legendary items, so make sure you preorder your copy on our Online Store“

For anyone looking to go hands-on with The Legend of Heroes: Trails of Cold Steel III, right this very second, there is a demo you can download straight from the eShop, otherwise you will need to wait for June 30, 2020 for the game to release in Europe and North America, and July 7, 2020 for those in Australia.

Footage from the demo can be seen below:

For even more details regarding The Legend of Heroes: Trails of Cold Steel III, why not check out its official listing over on the NIS America and Nintendo websites?