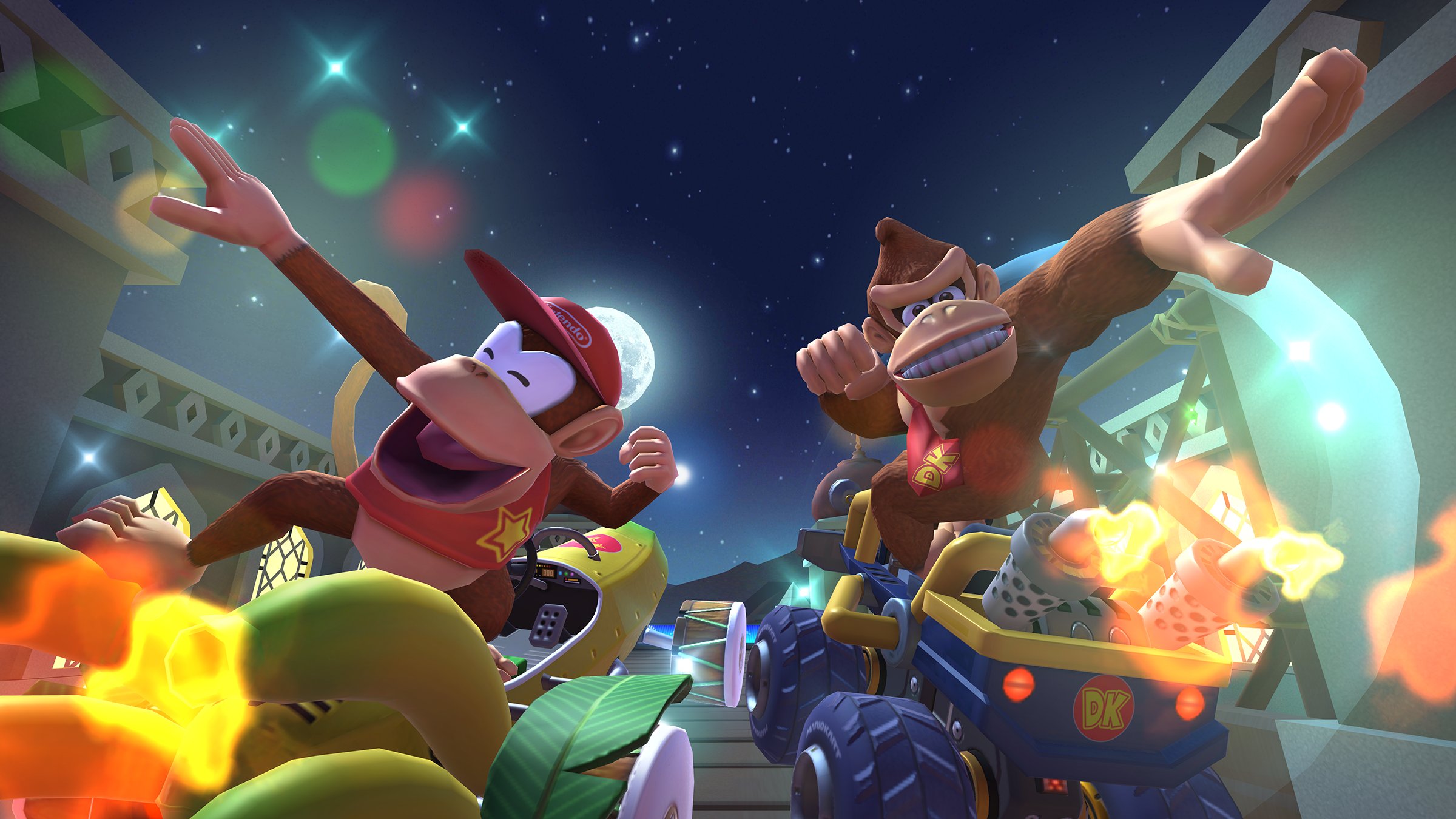 Luigi Death stares at the ready!

For those who know me best, they know when it comes to Mario Kart as a series, like Super Smash Bros., I’m not their biggest fan. I have played many games in both series, invested a lot of time into them and I would even go as far as admitting Mario Kart 8 Deluxe and Super Smash Bros. Ultimate are the very best games in their respective series, but they’re not my go-to games.

I’d sooner dive straight into the likes of Xenoblade Chronicles, The Legend of Zelda or Pokémon, but just because I am not completely blown away by Mario Kart, it doesn’t mean I can’t appreciate it and to this day, Mario Kart Wii does remain my preferred console game as far as the series is concerned.

What’s more, up until very recently, I was addicted to Mario Kart Tour and it was one of the few Nintendo mobile games that I have played every single day since launch. I was so consumed by it in fact, that I even subscribed to its Gold Pass and would actively try to complete every challenge that was issued to me.

In terms of game statistics, I’m level 34, I have 235 badges, 54 out of 83 drivers, 63 out of 96 karts and 43 out of 72 gliders. Oh, and as far as racing online goes, my multiplayer rank is E. Admittedly, if I played Mario Kart Tour like I play most RPGs, those stats would be a lot higher, but I don’t. Instead, I limit myself to just an hour a day and no more. In the last couple of days however, I probably put fifteen minutes into it and that’s my lot.

By no means is Mario Kart Tour the greatest Mario Kart game in the world, but for a long time, I really enjoyed a lot of its aspects. I liked being able to improve my drivers, karts and gliders. I liked playing every day and trying to set records. I liked completing challenges, earning badges and I even enjoyed playing online, which is something I rarely ever did with Mario Kart 8 Deluxe.

Honestly, I have put more time into Mario Kart Tour, than any other Mario Kart game I’ve played. I’ve never been one for taking my Switch everywhere with me, but I always take my phone and if I have a free moment, you can bet I am going to boot up one of Nintendo’s mobile titles, Mario Kart Tour in particular, but even though a part of me still likes the things I liked about it, a week or so ago, I suppose I am starting to become a bit resentful.

There are so many wonderful things about this mobile version that I would love to see some of them make it into Mario’s next big outing that involves burning rubber, especially the new characters it keeps introducing? Dixie Kong? Yes, please! But do you know what really struck the nail into the coffin for me?

It was the fact that just the other day, my partner and I sat down together to playa video game on my Nintendo Switch, for the very first time and the game of choice, was Mario Kart 8 Deluxe.

We raced without CPUs and we enjoyed every minute of it. As a gamer who normally sticks to Sony platforms, my partner needed a few minutes to adjust to the controls, and even then, she didn’t win a single race and all I can think about, is just how much fun we had playing it. How smooth the controls are? How great everything flows and how when it comes to gameplay, how primitive Mario Kart Tour is in comparison.

Now, I haven’t played Mario Kart 8 Deluxe with my other half since Wednesday of this week, but I have played it by myself every day since. It’s almost like I get bored of Mario Kart Tour within 10 minutes of playing it, and I immediately want to play Deluxe instead and that’s precisely the point.

That’s the whole premise of the mobile games, to get Nintendo’s IPs, into the hands of gamers everywhere, and get them wanting to play the console versions. I always admitted Mario Kart 8 Deluxe was something special, even if I didn’t like it, but now, thanks to Tour and my time spent with it, I can finally appreciate Deluxe all the more and it’s actually become a go-to game, when I’m not playing Xenoblade Chronicles: Definitive Edition.

So, bravo Nintendo, you have done something I had started to think wasn’t possible and you’ve pulled me back in. There is a reason why Mario Kart 8 Deluxe is the bestselling game on the Nintendo Switch and I am in no hurry for a sequel just yet, because it just means we all have more time to enjoy Mario Kart 8 Deluxe in the meantime.