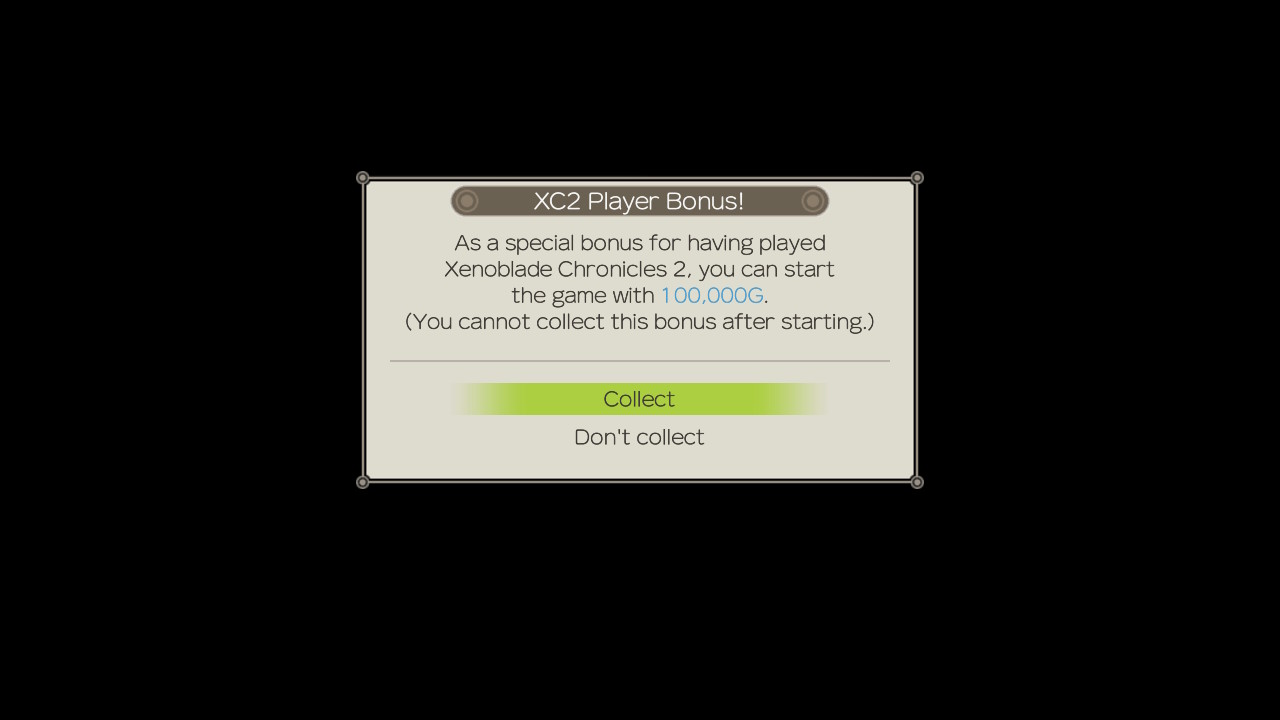 [Guide] How to Collect your Free Gift of 100,000 Gold in Xenoblade Chronicles: Definitive Edition

With Xenoblade Chronicles: Definitive Edition out in wild and it’s secret gift revealed, for those of you who are ready to embark with Shulk and the gang on their epic quest, we’re coming right at you with a quick How to Guide on how you can earn a special in-game reward and it all starts with Xenoblade Chronicles 2!

For the players who picked up Rex’s adventure and have save data on their Switch relating to Xenoblade Chronicles 2, you can actually choose to collect the gift, or not collect it if you’d rather, just as soon as you start a new game and that’s really all there is to it. It’s not complicated at all.