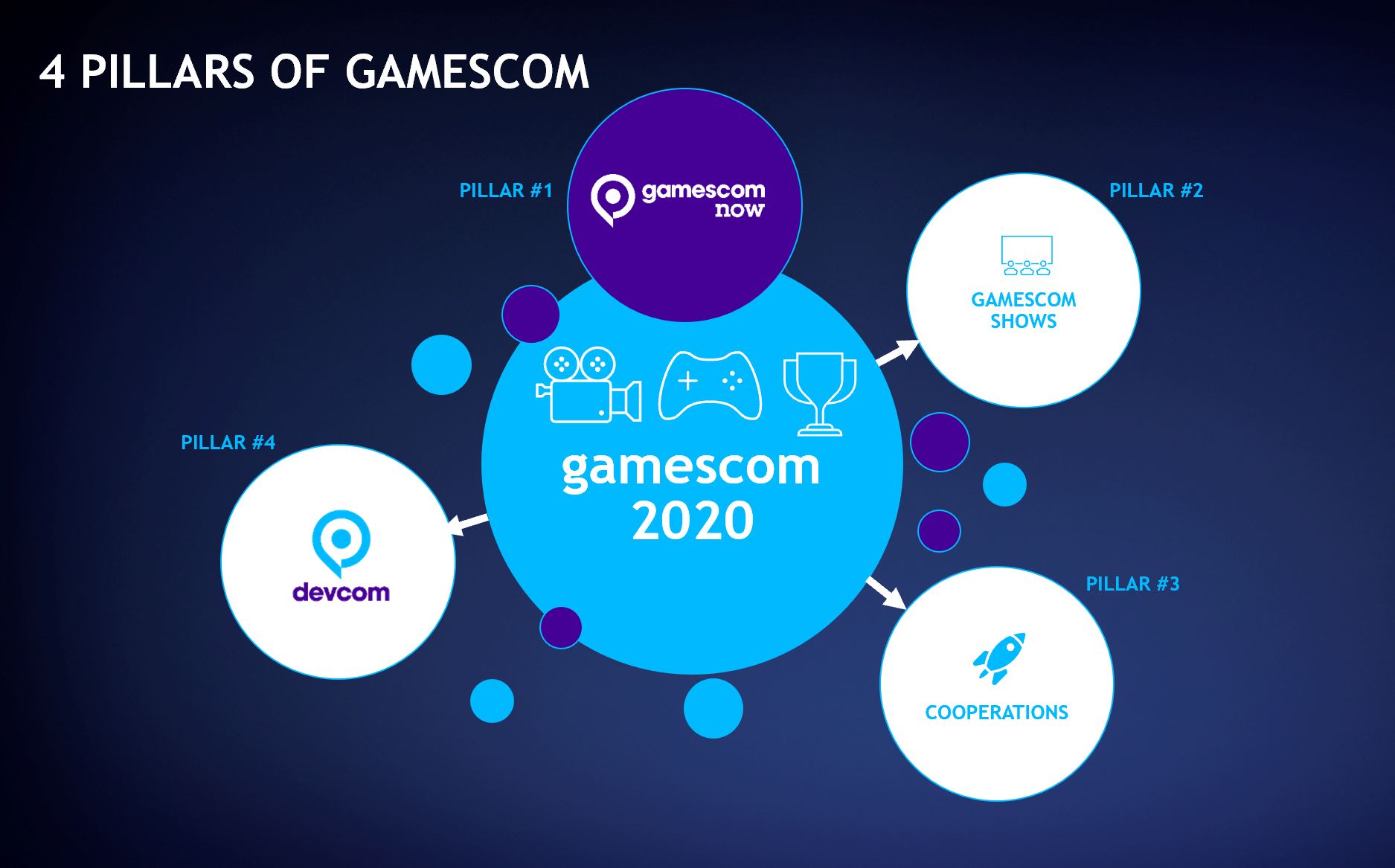 Gamescom Organizers Start To Reveal Their Plans For A Digital Event

Koelnmesse GmbH, the organizers of Europe’s (if not the world’s) biggest gaming event, Gamescom, has begun to reveal plans for a digital event to be held in its place. The digital event is to be supported by four pillars that include Devcom, Gamescom Now, Cooperation, and Gamescom shows.

You can find the full official announcement and details in the press release below.

gamescom 2020 will be held from August 27 to 30 digitally instead +++ Digital Content Hub gamescom now is greatly expanded and the first point of contact for all content and news +++ New digital formats such as gamescom: Awesome Indies and gamescom: Best Of Show announced +++ Extensive B2B program around developers and developers in the digital DEVCOM

The first information about the digital concept of gamescom 2020 are: After the world’s largest event for computer and video games this year because of the corona pandemic can not take place on site in Cologne, digital formats are consistently expanded. From 27 to 30 August there are a variety of new shows, gamescom is now developed into a highly advanced content hub for all content and news, digital DEVCOM offers an extensive range of games developers and other trade visitors and more.

Gamescom 2020 is built on four pillars:

gamescom now, which was successfully launched last year Content Hub is significantly expanded this year. It is therefore the first point to be around all world premieres, news, games and events. There are also all own shows gamescom as gamescom: Opening Night Live to see. With themes such as Let’s Player, e-sports, Cosplay, Indies or merchandise to the games world is on the central portal in all its diversity. For visiting gamescom now has no ticket to buy, so that as many fans as possible around the world can experience gamescom.

Gamescom: Opening Night Live with Geoff Keighley, which belonged in the past year to reach the largest gaming shows around the world, will be the start of gamescom 2020 on 27 August. Next to her another formats this year are produced: the first time it will have its own gamescom: give Awesome Indies. Here there will be a surprising show all the important announcements and news about the expected most indie titles. Also new is the gamescom: Daily Show, the day of pick up on the highlights from native formats as well as shows and actions games companies and partners will deepen. In gamescom studio top developers are asked about their games and offered as background information on the latest announcements. This year’s gamescom will be rounded off with the gamescom: Best Of Show. In this new format, which marks the end of August 30, gamescom, the highlights of this year’s gamescom will be summarized and given to the gamescom award.

An extensive program for trade visitors with numerous talks and an extensive matchmaking is the DEVCOM digital conference in 2020 have ready (from 17 to 30 August) this year. In addition, the DEVCOM future also throughout the year offer a varied program of talks, shows and master classes for developers and developer of games. More details on the site offers the conference www.devcom.global .

Gamescom 2020 will also be held on these deals out all over the internet. For that gamescom will work with numerous official partners who carry out their own events and actions. These events are taken up again at gamescom gamescom now and in the show formats of.

Felix Falk, CEO of the game: “The gamescom 2020 we set this year with full force consistently digital. In a short time and close cooperation with some of the world’s major games companies in gamescom advisory board, we have managed to develop an effective and focused approach to gamescom 2020th We expect surprising shows, numerous world premieres, announcements and special offers by the end of August the entire game world via the gamescom will talk. ”

Oliver Frese, Managing Director of Koelnmesse: “The gamescom can indeed this year not take place in Cologne, but no one will get past you on the Internet. Our digital concept is groundbreaking in the event landscape and many of the innovations will be an integral part of gamescom in the coming years. And even if not all elements of let gamescom transferred to digital, is already clear: official with gamescom formats in a class and the ability to own events partner to be gamescom, we have the players in the games industry numerous ways to share their games, announcements and news with millions of gamers inside and gamers worldwide. “