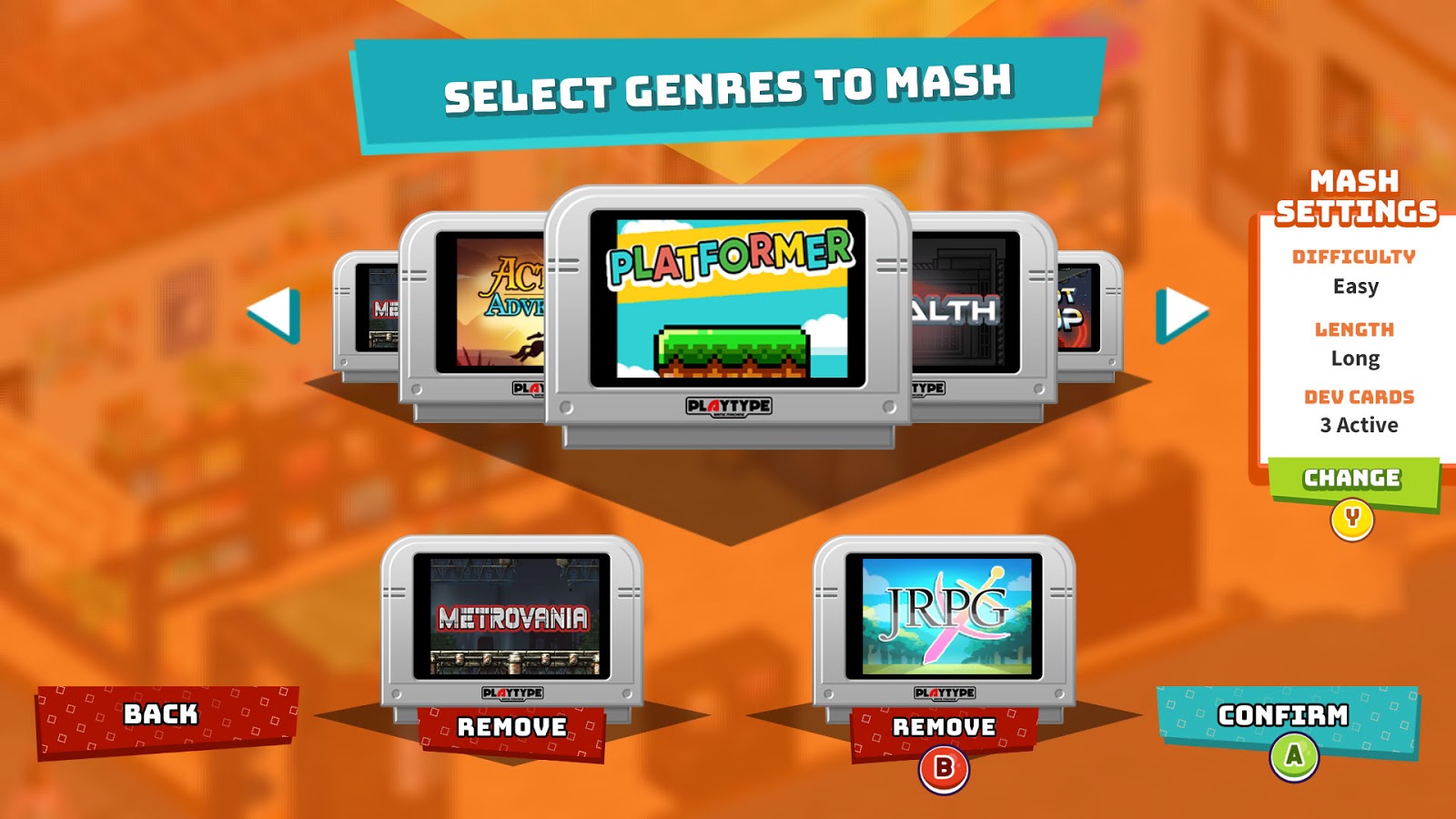 SuperMash Is Out Now On Nintendo

Indie game developer Digital Continue has released their genre-mashing game SuperMash today on Nintendo Switch. Players are given the freedom to create randomly generated games called ‘Mashes’ by combining game genres together like platformers and shoot ’em ups, Metroidvanias and RPGS, etc. It can be purchased and downloaded from the Nintendo Switch eShop for $19.99.

You can find out more in the official announcement below

New York, NY – May 8, 2020 — Developer Digital Continue has today launched SuperMash, its zany game-making game on Nintendo Switch, PlayStation 4, and Xbox One. In this title, players are given the creative freedom to randomly generate games (called Mashes), which results in a wide variety of unexpected genre hybrids.

Through positive and negative “glitches,” SuperMash creates unique and unpredictable scenarios by altering the mechanics of the Mashes the game gives you. Additionally, players can control certain elements of what they play by applying Dev Cards, which represent a generous selection of characters, enemies, environments, and more. Players can share the Mashes they find with their friends by giving them its unique playable code. The game’s story mode takes place in a video game store where players receive quests by assisting customers and stocking the shelves with the best Mashes the game can generate.

In SuperMash players can:

Players can purchase SuperMash on the PlayStation Store, Xbox Games Store, or Nintendo eShop for $19.99.