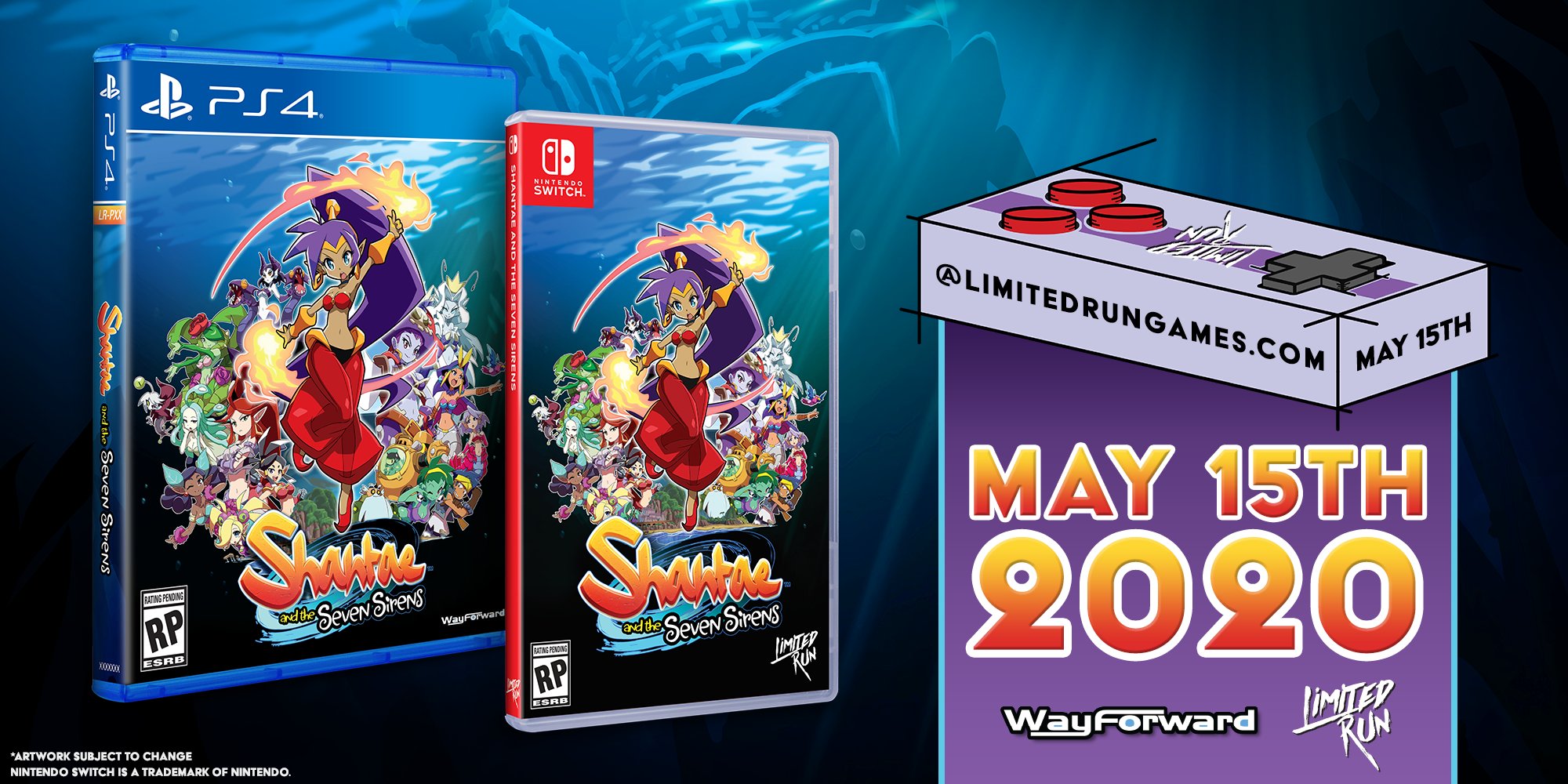 Limited Run Games has announced that pre-orders will start on May 15th for physical copies of Shantae And The Seven Sirens. There will be both standard and collector’s editions available with the latter being chock full of goodies like a Steelbook case, Commemorative Gameboy Cart, Monster Trading cards, and more! It will, of course, be priced at $69.99.

Pre-orders for both editions will start at 10am ET on May 15th on the Limited Run Games Website.

On top of the Standard Edition, PS4 & Switch Collector's Editions will be available to pre-order for four weeks starting at 10am ET on May 15 on https://t.co/5Lksol4sqo!

Each CE includes a copy of the game, a SteelBook case, a commemorative Game Boy cart, and more. pic.twitter.com/jY87rM2tMy