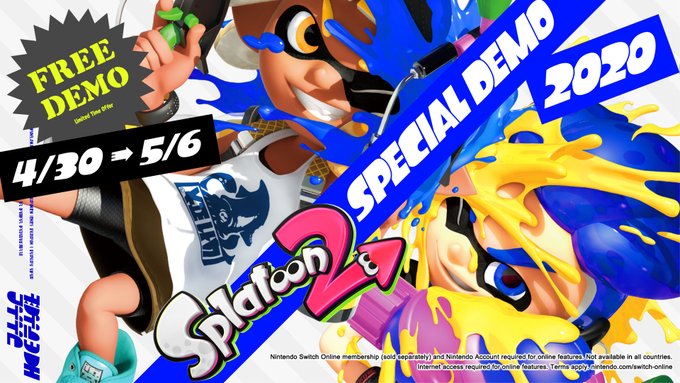 Nintendo America has announced that Splatoon 2 will be getting a special demo event that will run from 11pm PT on April 29th until 6:59am on May 6th. The demo will allow players to try out Turf War, Ranked Battles, and Salmon Run.

That isn’t all though, Nintendo will also have the full game available with a 33% discount during the same time period, as well as a free 7-day trial of the Nintendo Switch Online service so that those who purchase the game can continue to try out the online multiplayer modes.

It must be said that the Splatoon 2 special demo is not available in all countries. As it was the Nintendo America Twitter account that announced the demo, it would be safe to assume that territories in North America will have access to the demo.

Edit: It has now been confirmed that the demo will be available in Europe and Japan as well. This also includes the temporary discount on Splatoon 2 on the eShop