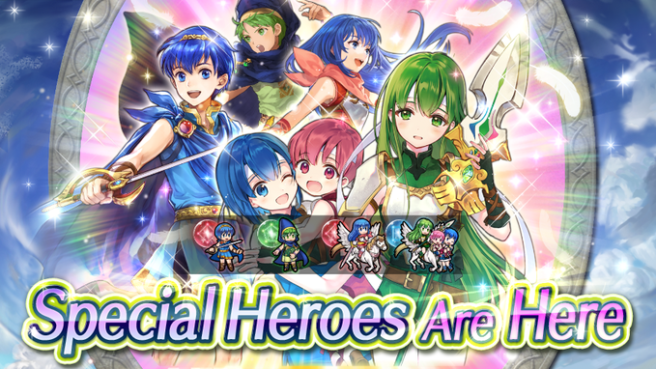 To celebrate the 30th anniversary of the Fire Emblem Series, the Mobile game Fire Emblem Heroes is hosting a new event. It includes a new Summoning Focus that will allow you to draw young versions of heroes such as Marth, Caeda and the Pegasus Sisters. On April 23rd, 8-bit accessories for Marth and Claude will be obtainable as prizes in the Tap Battle: Illusory Dungeon

A log-in bonus of 13 orbs is up for grabs and “The Start Of It All” Paralogue story has also been added. More Grand Hero Battle Revivals are also on the way to help commemorate the 30th anniversary and will be hosted every two days.  The first battle will be with the Shadow Prince Lyon.