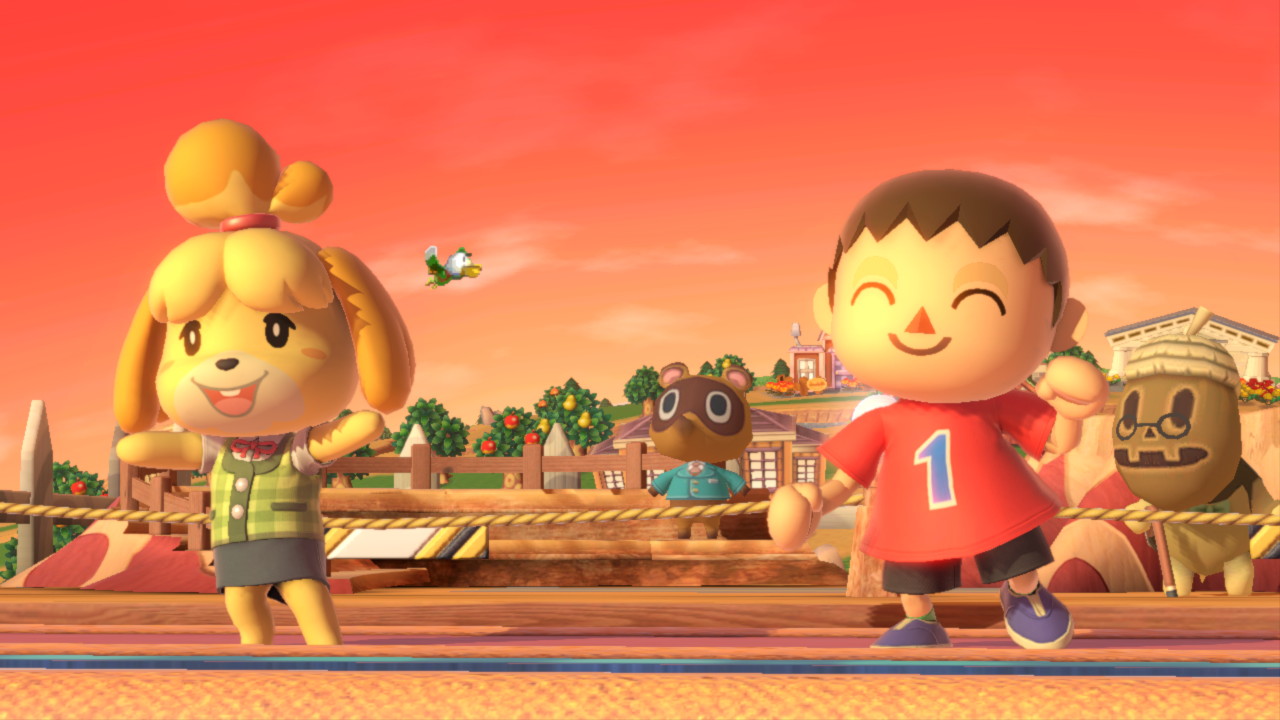 Animal Crossing: New Horizons is almost here and in some places around the world, it already is. For those of you that can’t wait to jump into the fun of creating your own island getaway, you can join Isabelle and Villager in two other great Nintendo Switch Games. Though it’s not their normal everyday activities, Isabelle and Villager join Super Mario and friends in Mario Kart 8 Deluxe and Super Smash Bros. Ultimate. Find out more about how they feature in both games below.

One of the best kart racing games on Nintendo Switch, Mario Kart 8 Deluxe is the enhanced port of the original Wii U title. Isabelle and Villager come along for the ride and join Mario and friends with 48 different race tracks over 12 different cups. Isabelle and Villager are not the only influences from Animal crossing. A new bike called the City Tripper joins the already varied collection of vehicles with its own Leaf Tyres and Paper Glider.

There is also a special race track allows players to take a trip around a cutesy village inspired by Animal Crossing. It also features four different seasons that affect the track at random. The ever furious Resetti also makes an appearance to stop players in their tracks and Good Ol’ Tom Nook is around to watch the racers pass by.

Whilst it is not Villager’s first outing in the platforming fighter game (his first was Super Smash Bros for 3DS and Super Smash Bros For Wii U), Villager returns as a veteran in Super Smash Bros. Ultimate. For Isabelle, this is her big debut into the series but she is no delicate flower like most people would believe. Turns out, she can hold her own and look cute whilst doing it. They also have three Animal Crossing stages to duke it out on when not planting trees, or catching bugs. These stages include Smashville, Tortimer Island and Town and City.