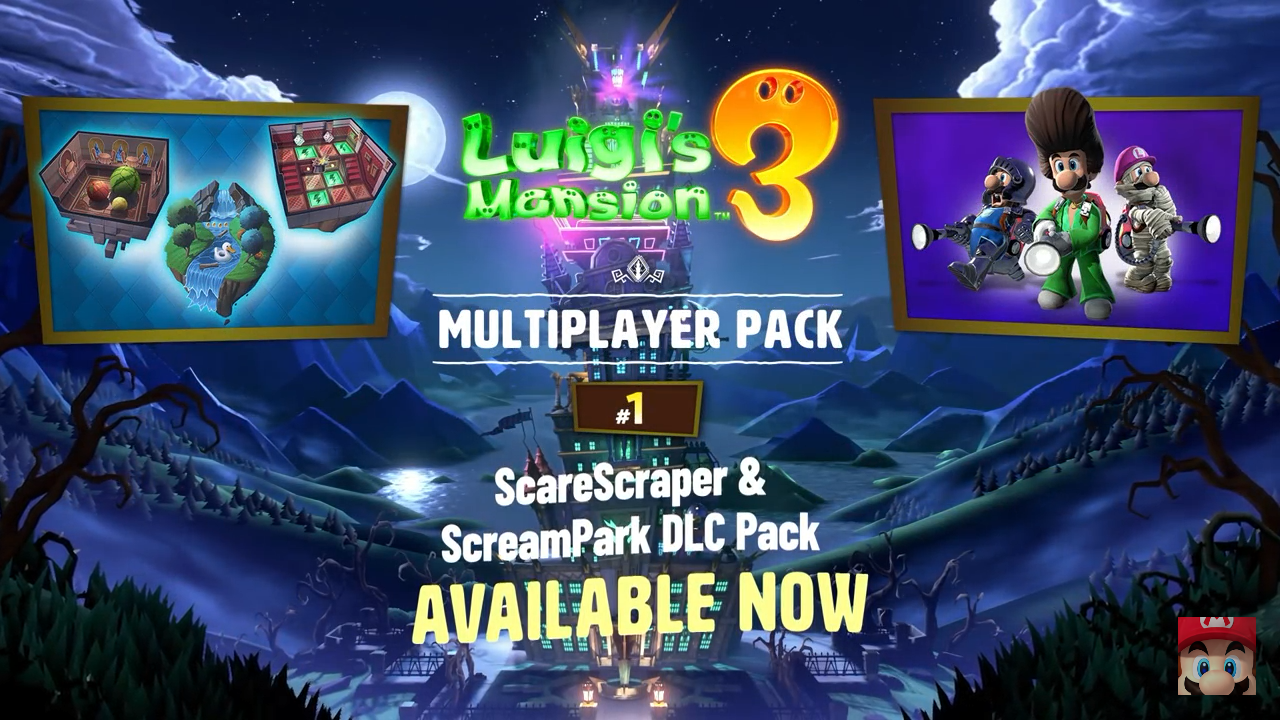 Nintendo America have announced that the first wave of DLC for Luigi’s Mansion 3 has released today. It was meant to launch in April but we suspect that most Switch owners will still be heavily indulging in Animal Crossing: New Horizons, that they may overlook the DLC completely.

Part 1 of the DLC brings the following additions to Luigi’s Mansion 3:

Players will now be able to venture in themed floors in ScareScraper mode whilst wearing any one of the three new outfits: Mummigi, The Green Knight, and Groovigi outfits.

The three new multiplayer games in ScreamPark Mode add some more variety with Dodgeball inspired Dodgebrawl, avoid the logs in River Bank, and watch out for the electric tiles in Tricky Ghost Hunt.

You can check out the announcement trailer for Luigi’s Mansion 3 DLC Part 1 below.

Part 2 of the DLC is still slated for a Summer 2020 release and will bring more multiplayer minigames and outfits.