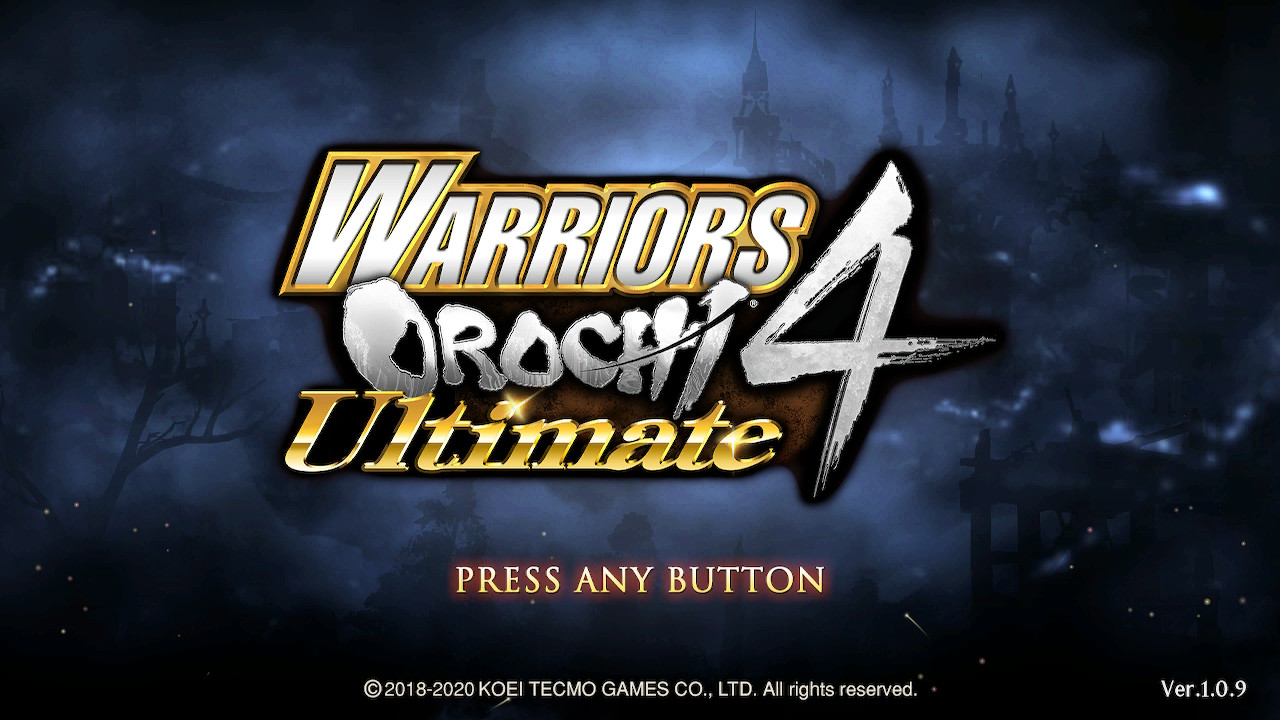 Warriors Orochi 4 comes from a series of Hack & Slash games developed by Koei Tecmo and Omega Force. The Warriors Orochi series is a mash-up that features characters from Dynasty Warriors and Samurai Warriors. It is known as Musou Orochi 3 in Japan and was previously released for Nintendo Switch, PS4, Xbox One, and Microsoft Windows in 2018.

For a game that is mainly about wiping out thousands of enemies, it is extremely ‘story-heavy’ with lengthy narratives and plenty of worded mid-battle dialogues. The Story of Warriors Orochi 4 Ultimate follows on from the events of Warriors Orochi 3. After the heroes of the Three Kingdoms and the Sengoku Period returned to their respective eras, it not too long before the mighty gods of Olympus are meddling again in the affairs of mortals. The king of the gods himself, Zeus, transports the heroes from their times and into a reformed world for reasons unknown.

Spying upon his father and the other gods, Perseus steals precious bracelets made from the hair of the Gorgon Medusa. These precious relics known as the Ouroboros bracelets possess godly powers that would be extremely dangerous in the wrong hands. In his attempt to make contact with the heroes, Perseus lost some of the bracelets and finds the heroes scattered into four factions over the mysterious realm.

As the heroes of the Three Kingdoms and the Sengoku period reunite, they have no recollection of ever meeting before. With the rest of the world in conflict, they decide to forge an alliance and team up with Perseus to take on the gods of Olympus, only to find out that, Perseus is, in fact, Loki, son of Odin and that the Gods of Asgard are seeking the Ouroboros bracelets for themselves for the power they possess.

Warriors Orochi 4 Ultimate is very much like any other Warriors game. It is a hack & slash action game that pits the player against hordes of enemies to fight their way through. The enemies are lead by ‘officers’ that are stronger and take longer to defeat. Monsters from Greek, Norse, Chinese and Japanese mythology also add complexity to the action. They have particular weaknesses that you must exploit in order to defeat them. The main goal on any given mission is mostly to defeat the enemy officers and make sure that none of your own are defeated.

The player controls a team of three heroes and can swap between them with a tap of a button. Each has a normal attack, charge attack and a “Musou” or “hyper” attack. They can also use magic attacks, which is a new addition to the series, as well as powered up Musou attacks as well. Players can also summon Horses instantly to make traveling from one point of the map to the other that little bit quicker.

There are over 170 characters in the game, which can be a little tricky to manage when building up your ideal team. Fortunately, the characters are divided by series/game titles to help make them a little easier to find. There are also three different attack types to choose from Speed, Technique, and Power. While it is generally recommended to have a well-balanced team, you can choose to have a team full of powerhouses and smash your way through the hordes if you so wish.

Each hero has their own type of weapon that can be swapped for ones that are more powerful. They can also be upgraded to house special abilities, sold off for gems (in-game currency or stripped of their abilities so they can be used on other weapons. Weapons collected after each battle can only be used by the characters on your team, with the exception of prize weapons, which are reserved for players not in your current Team affiliation.

Each hero can be leveled up by gaining experience in battles or using gems to help level up faster. They each have their own skill tree to help them gain more health, raise attack, learn attack combos, et. These cost skill points that can only be gained by using that particular character in battle. You can also use Skill orbs, which can be used on any character to generate skill points for them.

As well as upgrading characters individually, you can also upgrade your camp to make all your heroes that little bit stronger, resistant, etc. A training mode is also available to help level up your heroes. You can send up to three characters off to train so they can earn experience outside of battle and they can sometimes find new weapons as well.

To say that Warriors Orochi 4 Ultimate is very content heavy would be an understatement. There are hours upon hours of gameplay to be had and that is just the main story mode, which has been extended upon with even more chapters and missions. The newly added Challenge Mode and Infinity mode, also add even more hours and will certainly keep players engaged for a long time to come.

Challenge mode can be accessed straight away and gives you set objectives to complete in a limited amount of time. This includes defeating 1,000 enemies as quickly as possible or destroying as many targets in a set time limit. After beating Chapter 5 of Story Mode, you can gain access to Infinity Mode, which provides even more means to level up your heroes.

Up to two players can play co-op together during the main campaign on the same console. Multiplayer has even been optimized to allow single Joy-Con play for both players though some sacrifices have been made. This mostly affects the angling of the camera though as most of the other functions are mapped to other buttons. It is worth noting that a single Joy-Con cannot be used whilst playing single player.

Players can also play online together in Battle Arena. Up to 6 players can play, each with their own console, and take part in a 3 vs. 3 ‘Capture the Flag’ style game. Players must take control of bases and keep the opposition from taking them over. Whoever has the most bases when the timer runs out wins the game. It can take a while to join other players online but you can create or join rooms so you can play with friends.

As you play, you will learn more and more about what you can do and how things function. A handy tutorial gives explanations and tips during loading times. Should you have trouble remembering how to do something, you can access the Tutorial in the settings menu.

Those that own the original release will be pleased to know that their save data can be carried over to Warriors Orochi 4 Ultimate. Of course, that is if you purchase WO4U separately in either physical or digital format. Saying that, all the extra content can also be purchased in the “Ultimate Upgrade” DLC pack for Warriors Orochi 4, which can be downloaded from the Nintendo Switch eShop

The Warriors games have always had a rocking soundtrack and Warriors Orochi 4 Ultimate is no different. The fast-paced music can really get you in an energetic mood when playing through each stage. A nice touch is the ability to choose what track you want to listen to in each stage via the loading screen.

What I find most commendable is the voice acting. With over 170 characters in the game, each one is voiced by a Japanese voice actor. Not that 170 VA’s were involved, most of them had two or three characters to voice each. However, there is a LOT of dialogue in the game and it helps give each character a bit more personality.

When it comes to visuals, Warriors Orochi 4 Ultimate does look incredible on Nintendo Switch. Having played it on PS4 and on Nintendo Switch, the attention to detail in both is very impressive. For the Switch version to look as good in docked mode as it does in the PS4 version, there doesn’t look like much difference visually between the two versions.

WO4U for the most part, does run extremely well on Switch. It has a reasonably steady frame rate that only becomes less consistent when there is too much on the screen to process. This is more noticeable when playing two-player co-op in handheld mode. Unlike Hyrule Warriors on Wii U where the resolution begins to fuzz up majorly.

The Switch is more than capable of maintaining resolution. Instead, the frame rate is affected somewhat when your player is absolutely surrounded by enemies. It doesn’t make the game unplayable but keen eyes will pick up on the fps drops. To get around this, fewer enemies will be thrust upon you in swarms, making it easier for the Switch to render everything on screen.

The Warriors Orochi series, on the other hand, has not really pinged on my radar before. While I do find it quite entertaining to lay waste to hordes of enemies, the vast abundance of characters in the game is surplus to me. I do not know any of the characters except for the likes of the Greek and Viking gods, which is ignorance on my part, I know. There will be fans of the series though, that will most certainly welcome what is possibly the largest character roster in any video game ever.

It is the most ambitious game I have come across as regards to content and characters to play. Trying to level up every single character will require a long, long time to do so. It is a game that aims to serve fans of the series (Dynasty Warriors, Samurai Warriors, Warriors Orochi) and keep them playing for a long time to come. However, it may be a lot to process and understand for gamers that are new to the series.

Warriors Orochi 4 Ultimate is fan service at its best. Whilst it is most certainly a repetitive affair, giving the mighty gods of mythology what for is what makes the game, all the more entertaining.