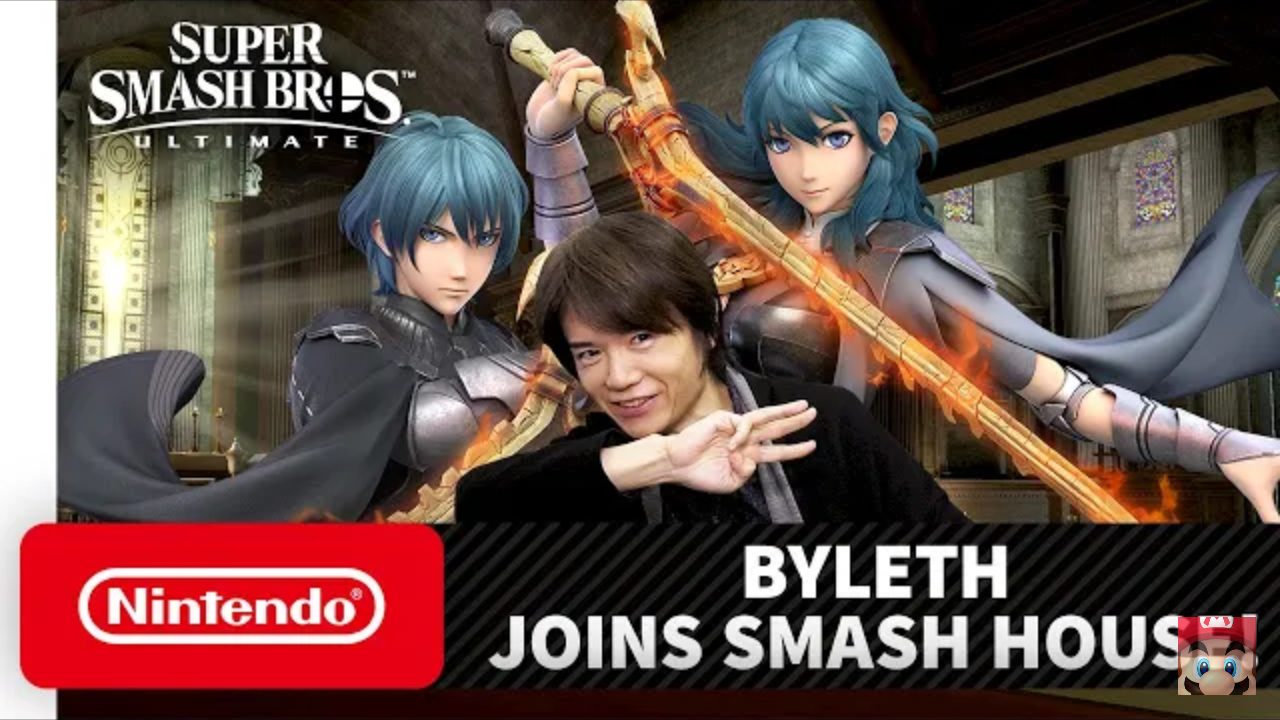 The Super Smash Bros Ultimate Livestream aired today and revealed the last fighter of the Fighters Pass to be Byleth of Fire Emblem: Three Houses. The fighter comes in both male and female variants and has a whole range of different moves. If you have yet to see the Livestream you can check it out below. For further details that came from the livestream, you can find the official press release beneath the embedded video.

To view the video in its entirety, visit the Nintendo UK YouTube channel.

Byleth joins the ranks as the 80th video game character included as a playable fighter in Super Smash Bros. Ultimate, which features the biggest crossover of video game characters in history. Drawing upon Byleth’s chivalric exploits in Fire Emblem: Three Houses, their inclusion in the roster will change the tide of every battle they appear in, with clever strategic choices motivating each defensive posture and offensive attack in their move set. With the Sword of the Creator and three other Heroes’ Relics at hand, prevailing in combat will often come down to selecting the right moments to hold ground or advance.

Byleth’s accompanying stage, the Garreg Mach Monastery, also features a variety of cameos from popular characters in Fire Emblem: Three Houses, including Edelgard from the Black Eagles, Claude from the Golden Deer and Dimitri from the Blue Lions.

Super Smash Bros. Ultimate will also receive a new Spirit Board, which features Spirits of most of the cameo guest characters from Fire Emblem: Three Houses, along with a new classic mode route, “A Heroic Legacy,” which highlights classic Fire Emblem stages throughout the series’ storied history.

Additionally, a new Mii Fighter costume inspired by the run-and-gun indie game Cuphead will be available for purchase on 29th January. Players who purchase the Cuphead Mii Fighter costume will also receive a new music track, Floral Fury, which was originally featured in the game’s classic Cagney Carnation boss battle.

Additional new fighters, stages and music will also be coming to Super Smash Bros. Ultimate through the Super Smash Bros. Ultimate Fighters Pass Vol. 2. Players can also continue to purchase the current Fighters Pass for €24,99 to gain access to the first five Challenger Packs. Playable fighters Joker, Hero, Banjo & Kazooie and Terry Bogard are all available now, with Byleth joining on 29th January. For only €5,99, players can also purchase each of the Challenger Packs individually.