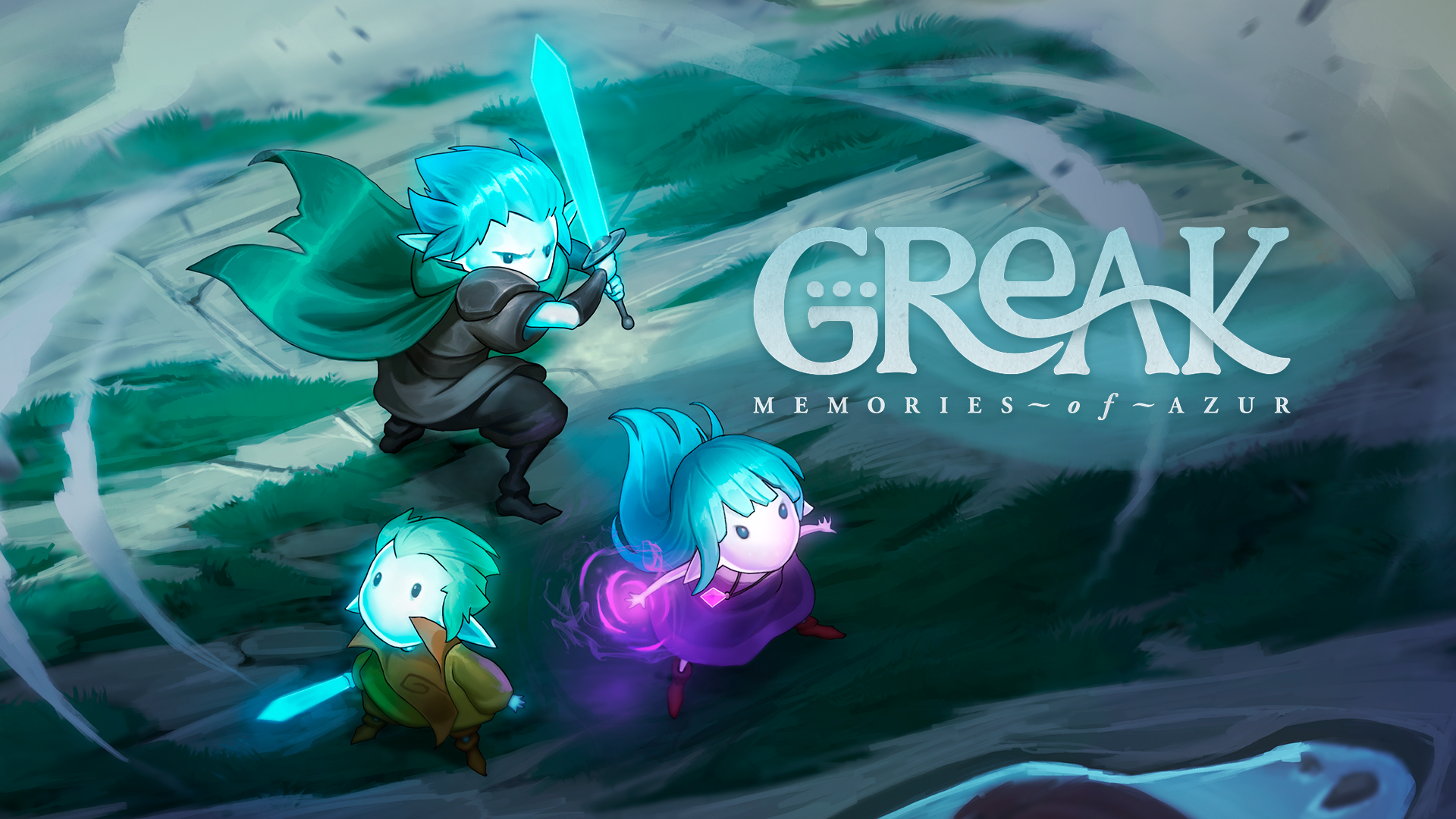 Jonathan: For anyone who is reading this but don’t know who you are, who are you and what do you do?

Rodrigo: My name is Rodrigo Fernandez and I am the Programmer and Co-Creator of Greak: Memories of Azur

Jonathan: Can you tell our audience a little bit about your company? How many employees or freelancers you have on your team, as well as any interesting facts?

Rodrigo: Navegante is formed by 4 people in total: One Programmer, (Me), one Game Designer (Gustavo) and two Artists (Nicolas and Sebastian). The company is based in Mexico and our two artists work remotely from Argentina (they are brothers).

We are getting some additional help from another mexican game dev company called Bromio as our publisher. We also have freelancing work for cover art for the game and music.

Jonathan: Do any of your team members have previous experience in the video game industry designing, developing, or publishing a video game?

Rodrigo: Greak started a long time ago (around 5 years) and we’ve been mostly learning by making the game several times and improving in each cycle (There has been like 4 versions of the game already).

We decided to jump fully in the game and promote it once we felt we had a nice hook and a solid artstyle. In the meantime I worked around 2 years on Kerbal Space Program before jumping in full time working on Greak.

Gustavo used to work on a mobile game company called Tokyo Play and had a QA company for games as well. This is the first game for our two artists.

Jonathan: Greak: Memories of Azur (Greak) from the trailer looks to be a Metroidvania style game stylized after Hollow Knight. Is this a fair assumption? Could you tell our audience about your influences in the game?

The game does have a metroidvania style of world layout, but you will be able to progress through the game by earning full characters instead of single abilities.

We get compared to Hollow Knight a lot which is very flattering (Hollow knight is great! ) but our influences for art are more along Child of Light and for gameplay is more close to an old game called The Lost Vikings. We do look up to Hollow Knight as a measurement on how the game should feel quality-wise.

Jonathan: Greak has three characters, that we know of, which you can play as. Can you tell our audience a bit about how you reached this game play mechanic and if the game was always going to be based on three characters or if it was something your team realized during the development process?

We iterated a lot to find that mechanic. At first the plan was just to use one character in one section of the game, and then other character on other section (kind of like Resident Evil) but we were very curious how it would felt to have multiple characters at the same time so we tried it out (plus I loved The Lost Vikings).

Then we playtested several ideas with people and it turned out they loved that mechanic of switching back and forth between characters, so we decided to go all in and add a third character in the game.

Jonathan: I am enamored with the art style in the game. Can you tell us about the design process you went through to reach this artistic style finalized in the trailer build?

Rodrigo: Thank you! We wanted the game to be hand-drawn animated since we started it, and the idea was that it would look like a fable book at any moment.

It certainly took quite a bit to have the artstyle being consistent between levels because there was a lot of growth from all the team members while we worked on a new level. We always liked the new version better. It also has helped a lot that unity has improved its tools for 2D Games by a lot.

Jonathan: The trailer opens up with some animation of your three main characters doing battle, will the game feature animated cutscenes in the game?

Rodrigo: Yeah, there will be some animated cutscenes, but our focus is mostly on gameplay and content for the game.

Jonathan: Can you tell us a little bit about the games overall story narrative and gameplay elements that we will encounter with the three main characters?

Without spoiling too much… there has been an invasion in the lands of Azur and you will start out as Greak looking for your brother and sister to try to escape. Gameplay wise, each character has a completely different set of abilities.

For example, Adara can swim underwater but Raydel can’t, however Raydel has a shield to block certain hazards for the other characters where they may be unable to pass through.

Jonathan: I noticed some really cool lighting effects in the game. Does lighting play an integral party in the traversal and exploration in the world of Greak?

Rodrigo: It does to a certain extent, but it’s mostly on the narrative side.  Our characters are from a race called the Courine, and they are beings that produce light around them. In the game this will help out when exploring dark areas, but there is no core mechanics around this idea.

Jonathan: When will Switch owners be able to jump in and play Greak: Memories of Azur?

Jonathan: Will gamers be able to play together in Local Multiplayer or Local Wireless Multiplayer?

Rodrigo: Not for now. Multiplayer would be a big task to do since characters can be split through areas of the world as you desire.

Rodrigo: We got a few things in mind but can’t confirm anything yet.

Jonathan: Is Greak a “One and Done” title or do you hope to release a sequel to expand upon the lore of Greak?

Rodrigo: We think there are a lot of things we can do with the characters and the world, but we are not holding anything for this title. We are trying to make the game as complete and to cover as much of the story as we can.

Jonathan: Will you be demoing your game at any events leading up it’s release?

Rodrigo: There may be another one before release, but can’t confirm anything yet!

Jonathan: After the game releases, will you continue to support it with updates and for how long?

Rodrigo: Definitely, and as for how long I couldn’t tell you really. It depends a lot on how the reception for the game, so hopefully for a long time!

Jonathan: Finally, is there anything you would like to say to your fans and our readers who have an interest in Greak: Memories Of Azur?

Rodrigo: Thank you so much for supporting the game, it feels very surreal to have our game publicly in the world and that it had a great reception. We will try very hard to make the game as good as it can be.

We are a small team but we do read all your comments and emails, so please don’t hesitate to give us your thoughts, we love hearing from you!