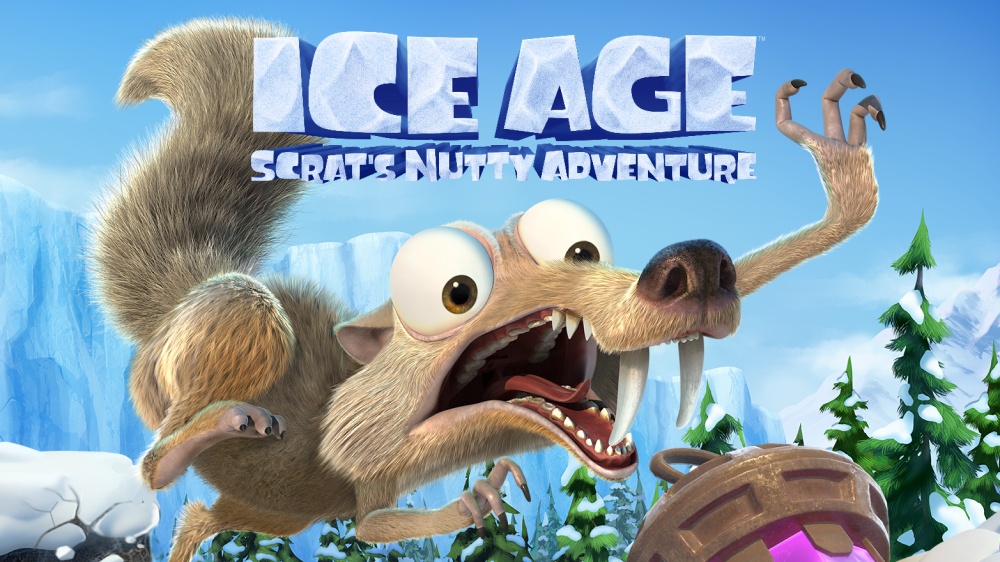 It’s one thing to hear about a new Ice Age game releasing on October 18, 2019 for PS4, Xbox One, Nintendo Switch and PC, but it is something else entirely when you get to attend a private session where you’re allowed to play it and at Gamescom, that’s precisely what happened.

Having met with Outright Games on my last day in Cologne, I had the chance to hands on with Ice Age: Scrat’s Nutty Adventure and right off the bat, it’s a 3D platformer that tries to mix the charm of Banjo Kazooie, but with an Ice Age backdrop and Scrat as the protagonist.

For an official description, consult the text below:

In Ice Age: Scrat’s Nutty Adventure, Scrat, the calamitous sabre-toothed squirrel, will embark on an epic quest through classic Ice Age locations to recover his cherished acorn from the ancient Scratazon Temple. Only the legendary Crystal Nuts can unlock his prized possession, which Scrat will attempt to collect as he faces fierce prehistoric creatures, to return the missing relics to their rightful home.

One fairly immediate thing I noticed during my playthrough of the PC build, was some performance issues. Although the world, enemies and landscapes looked nice, there was some movement issues and slowdown, but when brought up, it wasn’t so much an issue in the actual game as the build reportedly ran perfectly hours before, but is down to the computer I was playing the game on.

As for the second thing I noticed, well, it concerns the actual gameplay and scenery. The developers have gone out of their way to try and make the game be a loyal recreation, whilst at the same time, being a throwback of platfromers from yesteryear.

The only issue with such distinctive gameplay troupes and games of this exact nature however, is there is bound to be an audience that will feel games like Ice Age: Scrat’s Nutty Adventure, will not appeal to them, the fact of the matter is Ice Age is a brand many of us recognise and there are plenty of movie watchers who will consider giving the game a go, even though it is a little on the easier side, in the sense that dying results in Scrat practically respawning where ever he makes his end.

With regards to exploration, in the demo I played, the player starts off inside the ancient Scratazon Temple, and is able to leave it to begin exploring the outside world, but be sure to keep an eye out as there are a number of collectibles and finding them all does require searching high and low.

Some statues are hidden in plain sight, but others are well hidden and you can soon add up extra hours of gameplay, trying to hunt them all down and having them displayed in the Scratazon Temple, which is positioned in the centre of this delightful adventure.

One negative some players will have with the title however, is the easier nature it has. In addition to looking like a game that’s based on a series of films that are directed at children and their parents, there is no death in Ice Age: Scrat’s Nutty Adventure.

Instead, Scrat is able to cheat death and respawn close to where he met his end and carry on with his journey. Yet, despite that, there are some nice looking platforming areas that will require some skill just to advance through them and, provided you earn enough acorns, players can collect some unlockable art.

Based on my time with the game, while I don’t see it as being the next talked about platformer that is so epic that everyone needs to play it, Ice Age: Scrat’s Nutty Adventure is a loyal creation that does honour the films that came before it and is certainly a game you can easily lose yourself into for a few hours at a time, regardless of how old you are.

So, to conclude, it is a game players should at least consider picking up next month, since the October 18 release, really isn’t that far away.