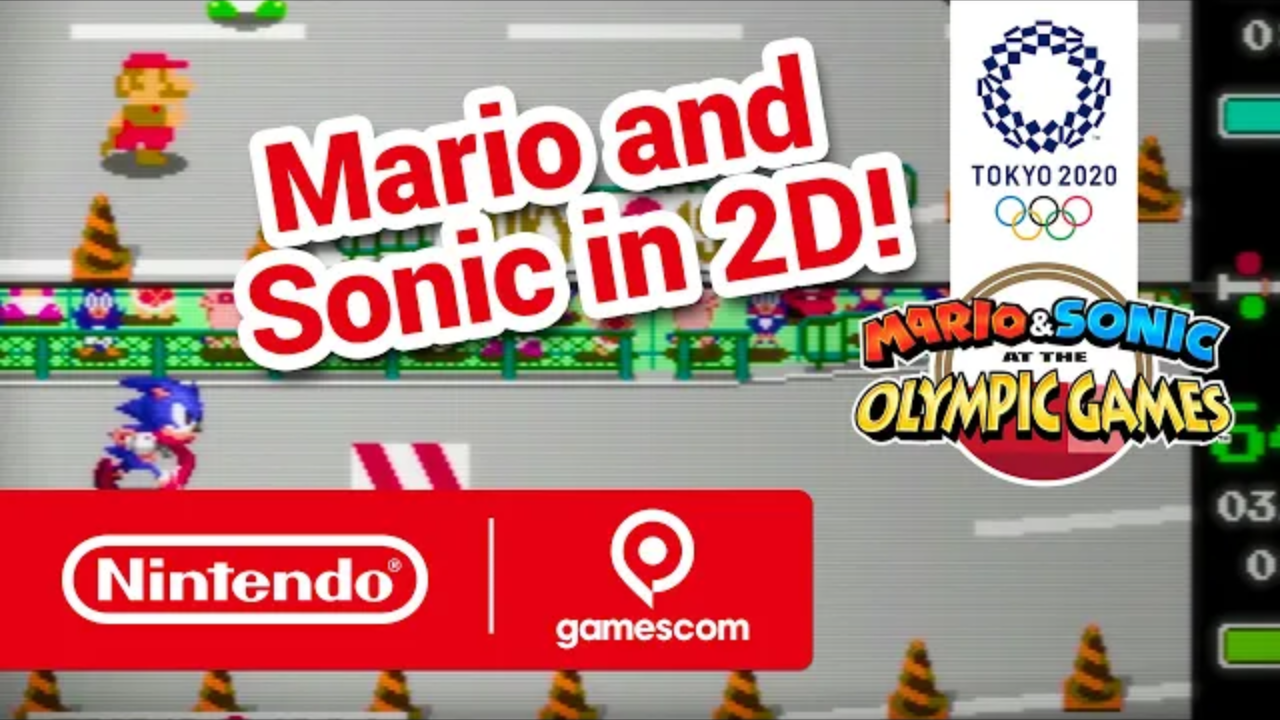 Nintendo have shared some gameplay footage of Mario & Sonic At The Olympic Games Tokyo 2020 as part of their Nintendo Presents video series for Gamescom. Hosted by Nimmz of Nintendo UK, he is joined by Chris and Felipo from Nintendo Europe. Between the three, they talk in depth with Chris and Felipo playing the game and Nimmz watching.

Apart from playing some of the events in the game that are in 3D, Chris and Felipo play some of the Tokyo 1964 events which are special events playable in 2D with 8-bit Mario and friends and 16-bit sonic and pals.

You can check out the Nintendo Presents: Mario & Sonic At The Olympic Games Tokyo 2020 (Gamescom) video below.