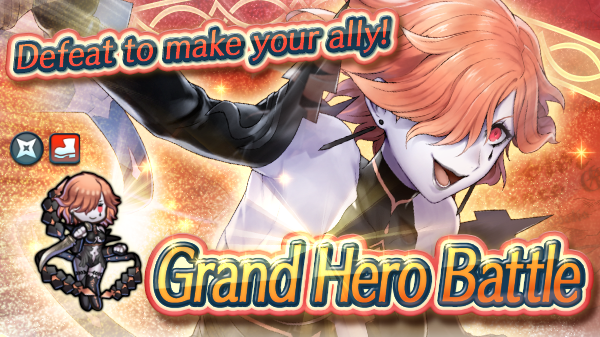 A brand new Grand Hero Battle has arrived in Fire Emblem Heroes! Kronya: Gleaming Blade, is a hero who debuted in Fire Emblem: Three Houses. Those who successfully challenge Kronya will be able to recruit her to the Order of Heroes!

Kronya is a truly mysterious Hero who belongs to an equally shadowy organization. I’m a little short on details, but it says here that she’s been called one of…”those who slither in the dark?”

Despite her shadowy nature, she gets a lot of attention for her strikingly pale appearance and her expressive eyes. For a secret agent, she really does stand out a lot!

I’ve also heard rumors that she likes to see people squirm—so if she joins the Order of Heroes, I hope she’ll consider using her talents in a more positive way!